Local NIMBYs have placed Measure S (as in “Sucky”) on the ballot then, in order to effectively stick the city in formaldehyde to benefit current property owners.  They claim it will save the city from an “overdevelopment” housing boom and corruption of City Hall leaders by developers.

Shane Phillips, policy director of Abundant Housing LA, takes on these charges in an op-ed in yesterday’s Los Angeles Times:


Far from experiencing a housing boom, Los Angeles is almost 30 years into a prolonged housing slump. 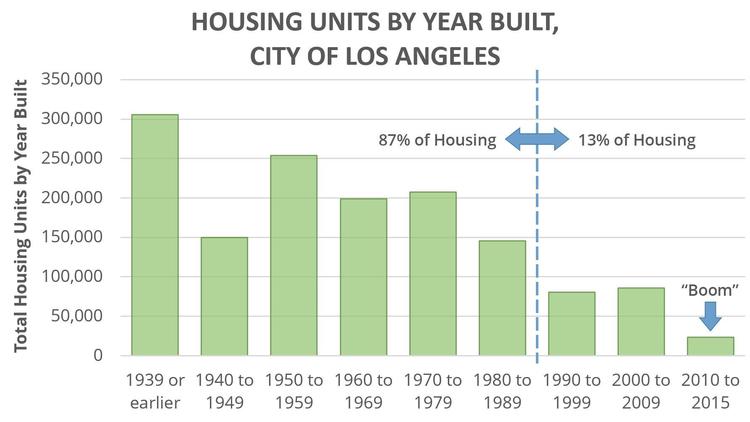 
He notes property owners have an incentive to clamp down on supply through this initiative:

Meanwhile, he cites Seattle as a city that is building smart around transit.  As a result, it’s largely been able to stabilize rents through targeted density.

It will be a shame if this measure passes and dooms future generations in the region to stifling housing costs or long commutes, all while turning Los Angeles into a third world-style bastion of inequality, as only the wealthy can afford homes.  I hope that reality never comes to pass, but it will take defeating this measure in March to prevent it.


(Source: http://www.ethanelkind.com/measure-s-l-a-s-horrible-ballot-measure-to-worsen-the-housing-crunch/)
Posted by Anonymous at 14:23