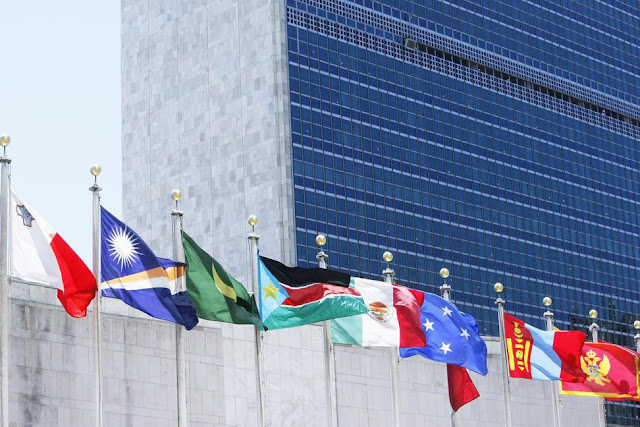 7 November 2016 – In the latest edition of the United Nations report on the organization’s greenhouse gas emissions, the world body announced that it emitted two million tonnes of carbon dioxide (CO2) equivalent in 2015 and that a total of 28 UN system entities took systematic approaches to improve their environmental performance, all part of its commitment to become climate neutral by 2020.

“As I prepare to step down as Secretary-General, I am encouraged by how far we have come in ‘walking the talk,’ thanks to the enthusiasm of the staff of the United Nations for Greening the Blue, said Secretary-General Ban Ki-moon in his introduction to the report, which was released today.
The UN chief said he was also pleased to see growing staff commitment to climate neutrality and sustainability in the workplace, as well as consistent support for initiatives such as World Environment Day and Earth Hour.
The report includes important updates on the progress of the Climate Neutral UN Strategy, which in 2007 committed all agencies, funds, and programmes to move towards climate neutrality and requires UN bodies to estimate their greenhouse emissions and undertake efforts to reduce and offset their emissions before 2020.
This year, 66 UN entities and 284,482 personnel around the world are included in the report. As of 2008, there has been a 38 per cent increase in the number of agencies reporting their emissions and a 37 per cent increase in the number of staff covered by the inventory. 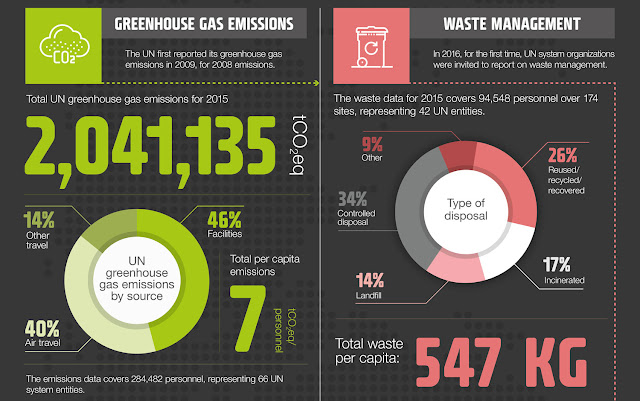 According to the data, 46 per cent of greenhouse gas emissions came from facilities, while 40 per cent were from air travel and 14 per cent from other means of transportation. The data enables UN entities and offices around the world to manage their environmental impacts.
The UN also uses a system of carbon credits and, for the first time, the report included details on its waste generation and management. Offsetting through carbon credits accounted for 32 per cent of the total reported greenhouse gas emissions and allowed 32 UN agencies to become carbon neutral last year. The per capita waste generation for 2015 was 547 kilograms.
With the aim of ensuring carbon neutrality, or ‘go green,’ efforts to reduce greenhouse gas emissions are continuing across the UN, whose iconic blue flag and blue helmeted peacekeepers are recognized the world over. Throughout 2015, a total of 28 UN system entities reported taking a systematic approach to improving their environmental performance in the form of an environmental management system, a sustainability strategy, or an emissions reduction strategy. Together, the entities account for 80 per cent of the UN’s greenhouse gas emissions.
The report uses internationally recognized guidelines based on the Greenhouse Gas Protocol in order to calculate emissions. The method is also used by the World Resources Institute and the World Business Council for Sustainable Development. It includes emissions from all activities that are under the direct financial control of the organization, such as staff travel and the heating and cooling of buildings.