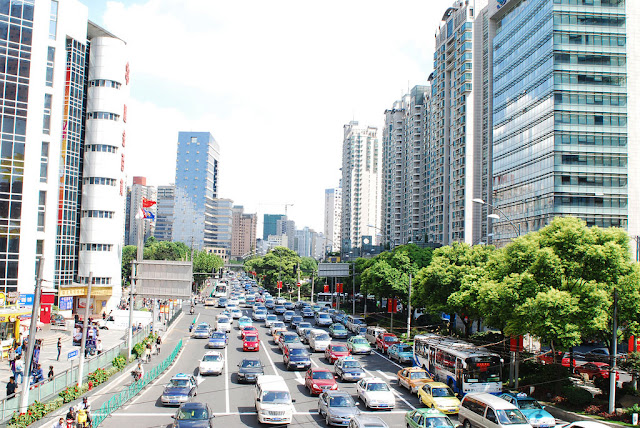 
10 November 2016 – The United Nations Climate Change Conference in Marrakech (COP 22), put its spotlight today on cities, towns and regions around the world that are striving to play a key role in implementing the Paris Agreement, which entered into force on 4 November, including by reducing their carbon emissions.
“Climate action in and by cities, towns and regions will be instrumental in ensuring that we stay on a 2 degrees Celsius pathway, aiming for 1.5 degree Celsius,” said the Secretary General of ICLEI – Local Governments for Sustainability, Gino Van Begin, at a press briefing on the Conference’s “action day” for cities and human settlements. ICLEI is the global network of over 1,500 cities, towns and regions committed to building a sustainable future.
The Paris Agreement, so-named after the French capital where it was approved in December 2015 at the previous Conference of Parties to the UN Framework Convention on Climate Change (UNFCCC), known by the shorthand COP 21, aims to strengthen the global response to the threat of climate change by keeping the global temperature rise this century well below 2 degrees Celsius above pre-industrial levels and to pursue efforts to limit it to 1.5 degrees Celsius.
As an example of cities being active on climate issues, Mr. Van Begin pointed out the establishment of the Global Covenant of Mayors for Climate and Energy from a merger between the European Covenant of Mayors and the Global Compact of Mayors.
“Cities can help reduce emissions,” said the Chief Scientist at the UN Environment Programme (UNEP), Jacqueline McGlade, at the press conference. “The leverage is enormous.”
The Global Climate Action day on Cities and Human Settlements at COP 22 showcased the potential of local action, focusing on resilience and building efficiency. A new tool was launched to help cities assess their adaptation commitments. 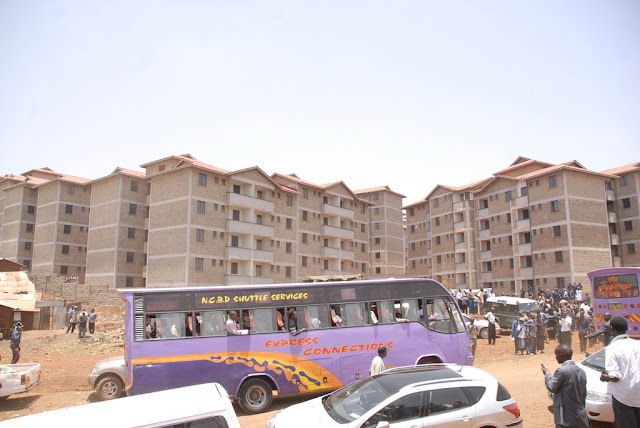 Residents of Kibera Slum relocate to the newly constructed houses in Nairobi, Kenya. Cities have a major role in mitigating impact of climate change. Photo: UN-Habitat/Nathan Kihara
Urban areas are at the center of converging global frameworks, not only the Paris Agreement on climate change, but also the Sustainable Development Goals (SDGs), adopted in September 2015, and the New Urban Agenda, adopted last month in Quito, Ecuador, at the UN Conference on Housing and Sustainable Urban Development – or Habitat III.
Urban areas represent an estimated 70 per cent of energy-related global emissions. Many actions to adapt urban areas to climate change also have positive mitigation impacts, including renovation of old and construction of new low-energy and energy-efficient buildings.
“It is important to see development in cities in a totally different manner,” said ‘Climate Champion’ Laurence Tubiana, at the press conference. “We have to cut the building energy consumption by 50 percent by 2050. It’s a big challenge.”
“Cities can help government implement their NDC (nationally determined contribution) much better and really aim much higher,” she added.
Ms. Tubiana, the French Ambassador on climate change, and Hakima El Haité, the Moroccan Minister in charge of Environment, were appointed Climate Champions by COP 21.
Speaking to the UN News Centre, Jacqueline McGlade, said that “every new building, if it was essentially designed around passive heating, could reduce the load on the power supply by 30 to 40 per cent. The problem with some of those is that they cost more in the first stages.”
Developing efficient transportation networks in cities is also important, she said. “We see that young people today view cities in a very different way than we did in the last 20 [or] 30 years. They see them as small villages, where their social networks actually imply that they can walk everywhere, they can meet and they can do their daily business without a need for actual heavy duty fossil-fueled cars and transport,” she added.
Ms. McGlade also underscored the importance of vernacular architecture to reduce energy consumption, including through “passive forms of air conditioning.”
“There is a movement, particularly in developing countries, where the very best of materials, whether it is bamboo or mud or local materials, are actually used in place of cement and some of the more what I would call ‘exotic materials’ imported from elsewhere,” she explained.