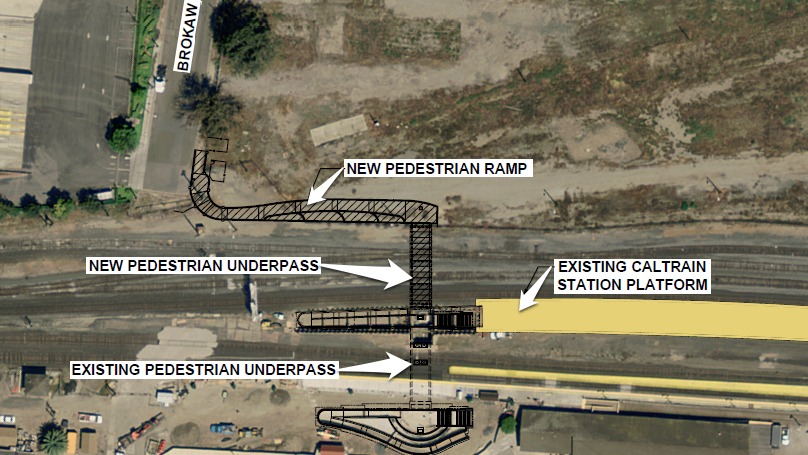 Improved, safe access to and from the Santa Clara Caltrain station is the priority with a series of infrastructure improvements about to get underway. Transportation leaders and elected officials will gather November 2 for a groundbreaking to kick off the tunnel work.

“People are much more likely to use Caltrain and the other rail systems if they have a safe and easy way to get to the platform,” said Supervisor Ken Yeager. “The Santa Clara under crossing improvements are another example of how VTA is leading the way toward faster, more efficient, and more accessible mass transit.”  Yeager serves on the VTA Board of Directors and the under crossing project is in his supervisorial district.

The tunnel will also provide a safe, improved way for soccer fans to get to Earthquakes soccer games at Avaya Stadium just down the road.

While the existing tunnel on the south side of the tracks will remain open during construction, the new and improved walkway will open to the public next summer, 2017.  We thank you for your patience while we do our best to improve your transportation experience.