[TransportNews] TheSource: Bike share expansion to Pasadena, Port of L.A. and Venice approved by Metro Board 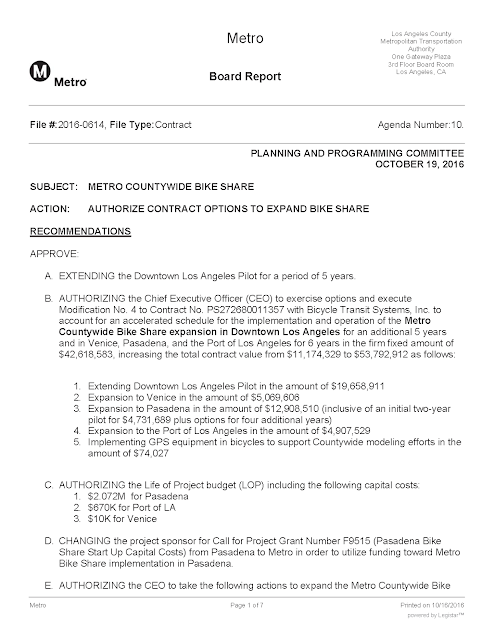 Under the contract approved by the Metro Board on Thursday, bike share would arrive in Pasadena, the Port of Los Angeles and Venice next summer. Final station locations will be announced at a later date.
From the staff report, here’s an update on use of Metro Bike Share in DTLA:

In the first quarter, the program surpassed 50,000 total rides and 2,000 annual flex or monthly pass-holders. As another measure of performance, we also track number of rides per bike per day. The system goal is to reach two rides per bike per day by the 12 month mark of operations. We are at one ride per bike per day and showing steady growth in this metric. The Metro Bike Share program continues to work towards increasing program awareness, growing ridership and increasing pass sales. 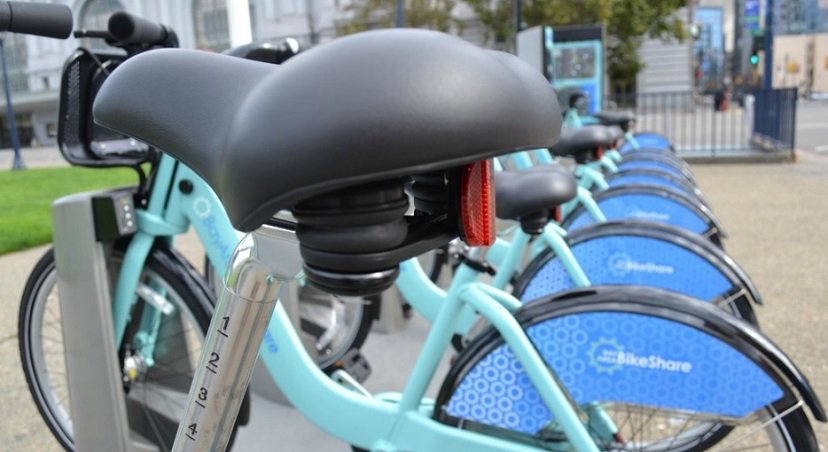 Pasadena Now @ePasadenaNow
Bike Share in Pasadena is Just Around the Corner with an Expected Launch Date of July, 2017 http://dlvr.it/MXQjRH

Pasadena District 7 @PasadenaD7
We have bike share coming to @PasadenaGov in Q12017. How do you think we'll stack up wrt trips? http://www.latimes.com/local/lanow/la-me-ln-los-angeles-bike-share-ridership-20160919-snap-story.html …

L.A.'s new bike-share program isn't as popular as those in other cities

Ridership on Los Angeles County’s new bicycle sharing system has been smaller in its first months than on similar programs in other major U.S. cities, a Times analysis found.
latimes.com

My three cents: more east-west bike lanes across the entire city for those of us living south of the 210 please