Each year, the Legislative Analyst’s Office publishes the California Spending Plan to summarize the annual state budget. This publication discusses the 2016–17 Budget Act and other major budget actions approved during 2016. Unless indicated otherwise, figures and dollar amounts generally refer to budget actions passed as part of the June 2016 budget package, as signed into law on June 27 and July 1, 2016. In some cases, as noted, we discuss later budget actions approved during August 2016 by the Legislature. During August, for example, the Legislature and the Governor agreed to spend certain cap–and–trade funds. The budget totals include $400 million (General Fund) for affordable housing even though the Legislature and Governor have not reached agreement on this spending.

Figure 1 displays total state and federal spending in the 2015–16 budget package as of June 2016. As shown in the figure, the budget at that time assumed total state spending of $167.1 billion (not including federal and bond funds), an increase of 3.2 percent over revised totals for 2015–16. General Fund spending in the budget package is $122.5 billion—an increase of $6.9 billion, or 6 percent, over the revised 2015–16 level.
Figure 1
Total State and Federal Fund Expendituresa
(Dollars in Millions)

Figure 2 displays the revenue assumptions incorporated into the June 2016 budget package. The budget assumes $120.3 billion in revenues and transfers in 2016–17, a 2.8 percent increase over2015–16. The state’s “Big Three” General Fund taxes—the personal income tax, sales and use tax, and corporation tax—are assumed to increase at a slightly higher rate (4.2 percent). The difference between these growth rates is attributable to a decline in other revenues. This includes more sizeable “negative transfers” in 2016–17 (the result of a larger deposit into the state’s rainy day fund) and a decline in proceeds from the insurance tax (which falls as a result of the managed care organization tax package adopted this year).
Figure 2
General Fund Revenue Assumptionsa
(Dollars in Millions)

Figure 3 displays a breakdown of the total reserves assumed in the 2016–17 budget package, as of June 2016. This figure includes both reserves in the Special Fund for Economic Uncertainties (SFEU), the state’s discretionary reserve, and the Budget Stabilization Account (BSA), the state’s rainy day reserve created by Proposition 2 (2014). As shown in the figure, the June 2016 budget package assumed that 2016–17 will end with $8.5 billion in reserves. This total included required reserve deposits of $1.3 billion, an optional deposit of $2 billion in the BSA, and a discretionary increase in the SFEU of $0.6 billion. As noted above, the budget numbers, including the reserve estimates in Figure 3, assume the expenditure of $400 million from the General Fund on affordable housing. Absent an agreement to spend this amount, reserves may be higher at the end of2016–17 by a corresponding amount.
Figure 3
$8.5 Billion in Reserves in June 2016 Budget Packagea
(In Billions)

The Condition of the General Fund

Figure 4 displays the condition of the General Fund under the revenue and spending assumptions in the June 2016 budget package, as estimated by the Department of Finance. As described above, 2016–17 ends with $8.5 billion in total estimated reserves—up by $1.1 billion from the amount now estimated at the end of 2015–16. This shows that estimated state General Fund revenues ($124.2 billion) exceed total General Fund expenditures ($122.5 billion). Spending includes both ongoing program costs and one–time items, such as $1 billion in state office building replacements. To the extent that revenues and spending differ from the June 2016 budgetestimates—for example, if 2016–17 revenues are higher or lower than the assumed level in Figure 2—reserves will differ from this total.
Figure 4
General Fund Condition as of June 2016 Budget Packagea
(In Millions)

The spending plan provides $15.5 billion from various fund sources for transportation programs. As shown in Figure 33, this is a decrease of $423 million, or 3 percent, when compared to the revised level of spending in 2015–16. The reduced spending is due primarily to a reduction in funding available for highway capital projects in the California Department of Transportation (Caltrans).
Figure 33
Transportation Program Expenditures
Various Funds (Dollars in Millions)
Vehicle Registration Fee Increase. The budget package, as revised in August 2016, includes trailer legislation to (1) increase the base vehicle registration fee by $10 (from $46 to $56) beginning April 1, 2017 and (2) index the fee to the California Consumer Price Index, allowing the fee to automatically increase with inflation. Revenue from the vehicle registration fee is primarily deposited into the Motor Vehicle Account (MVA) to support the state’s activities to administer and enforce laws regulating the operation and registration of vehicles used on public streets and highways.
No Funding Package Approved to Increase Transportation Funding. As part of the special legislative session on transportation, the Governor proposed a package of proposals to increase funding for transportation projects. These were generally reflected in the Governor’s January budget proposal for 2016–17. In adopting the budget package, the Legislature did not approve the Governor’s proposals or other proposals to increase transportation funding.
Cap–and–Trade Funding. As discussed earlier in this report, the budget, as revised in August 2016, also includes $135 million in cap–and–trade discretionary spending for the Transit and Intercity Rail Capital Program and $10 million for the Active Transportation Program.

The budget plan includes total expenditures of $9.7 billion from various fund sources for Caltrans, a decrease of $1.2 billion (or 11 percent) from the 2015–16 level of expenditures. The decrease reflects (1) a reduction in available federal transportation funds and (2) the completion of most Proposition 1B (2006) projects administered by Caltrans. The budget provides roughly $2.9 billion for transportation capital outlay, $2.2 billion for local assistance, $1.8 billion for capital outlay support, and $1.6 billion for highway maintenance. The balance of the funding supports mass transportation and rail programs, transportation planning, and other programs.
Capital Outlay Support Program. The budget includes $1.8 billion and 9,512 full–time equivalent (FTE) staff to deliver highway capital outlay projects—a decrease of 191 FTEs from the 2015–16level through attrition. The savings from the reduced FTEs are more than offset by an increase in funding to “true up” funding levels with actual staff costs, resulting in a net increase of $9 million from 2015–16.
Federal Bridge Load Rating. The budget provides $4.6 million in federal funds to help Caltrans determine bridge “load ratings”—a rating that specifies how much traffic a bridge can safely carry. Specifically, the funding will continue 26 limited–term positions as permanent positions and support various software improvements. The Federal Highway Administration requires Caltrans to develop load ratings on all state and local bridges in California. The budget also requires Caltrans to report to the Legislature by March 1, 2017 on its efforts to complete bridge load ratings.

The budget provides $2.3 billion to fund CHP operations, about the same amount as in 2015–16. Nearly all of this funding is from the MVA, which derives the majority of its revenue from vehicle registration fees and driver license fees. The budget includes $30 million for site acquisition and preliminary plans for four CHP area office replacement projects (Hayward, El Centro, Ventura, and San Bernardino), as part of the administration’s ongoing plan to replace deficient CHP area offices.

The budget provides $1.1 billion for DMV operations, about the same amount as in 2015–16. Nearly all of this funding is from the MVA.
Field Office Replacement Projects. The budget includes $5.6 million for various phases of four DMV field office replacement projects. Of this amount, $4.3 million is for the design phase of three DMV office replacement projects (Inglewood, Santa Maria, and Delano) approved by the Legislature in 2015–16. The remaining $1.3 million is for preliminary plans to initiate a fourth DMV field office replacement project in San Diego.
Self–Service Terminals. The budget includes an ongoing increase of $8 million for DMV to expand the use of self–service terminals, which allow DMV customers to process their vehicle registration renewal transactions at automated kiosks. Specifically, the DMV plans to place between 30 and 50 new terminals in businesses around the state (such as grocery stores or convenience stores), in order to provide greater access to DMV services. The budget package also requires DMV to report to the Legislature on the outcomes of expanding the number of terminals as well as the department’s long–term plan for the use of self–service terminals. 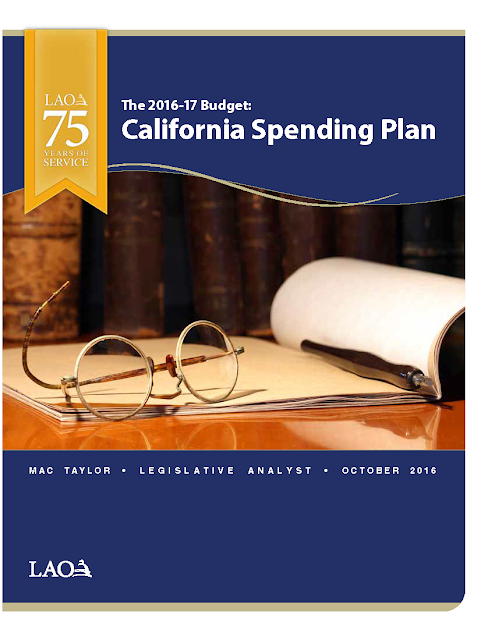