[TransportNews] Human Transit: “End of Transit” or “Transit is Important”? The Atlantic Isn’t Sure

I love The Atlantic, because I know they love truth enough that this won’t offend them.
But look at this headline, then look at the tab in the upper right, which is usually the same as the headline. 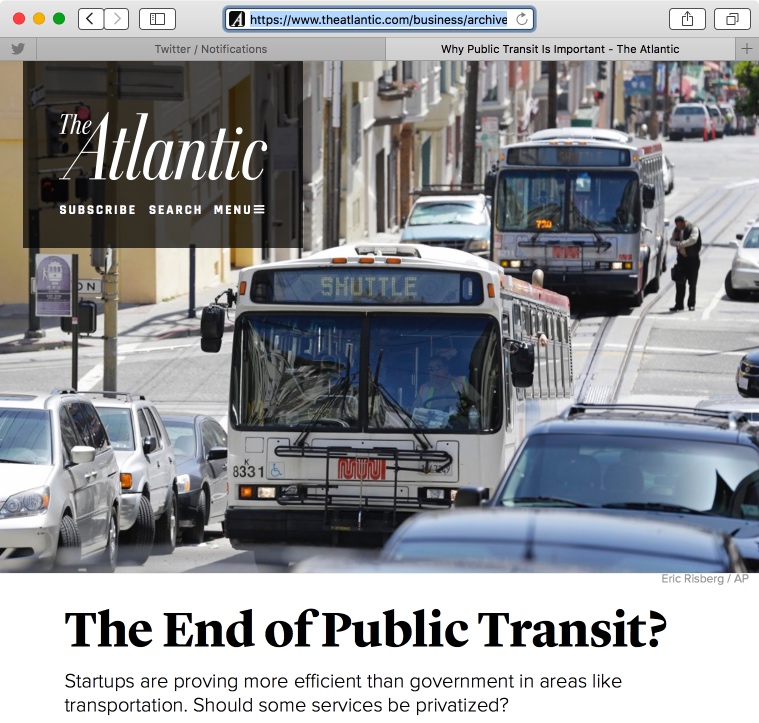 I noticed this because when I tweeted the article, my tweet came out with yet a third headline, “Why Public Transit Matters:” 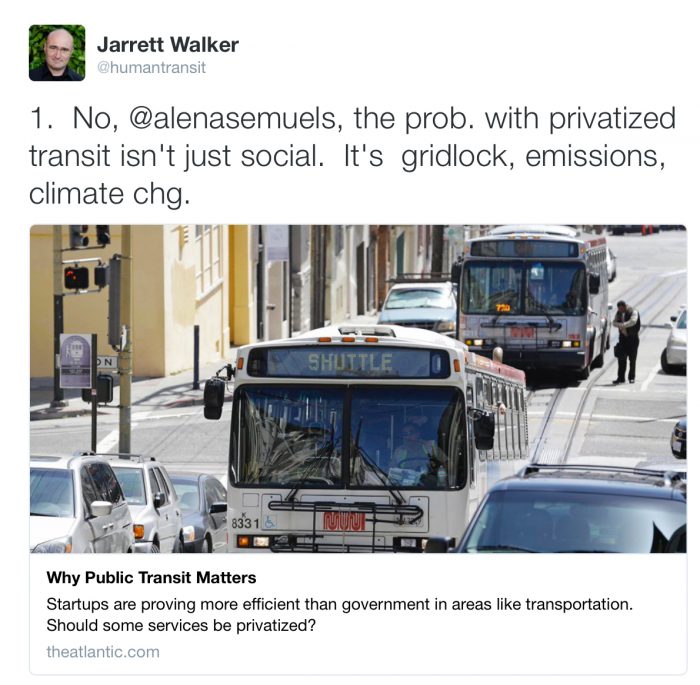 On the limitations of the article itself, by Alena Semuels, see my tweetstorm (and I almost never tweetstorm) starting here (the one above)
So hey, The Atlantic?  “End of Public Transit” or “Transit Matters” or “Why Transit Is Important”?  So far, you seem to be running the “End of Public Transit.”
We know which headline is more lurid, but which one is true?