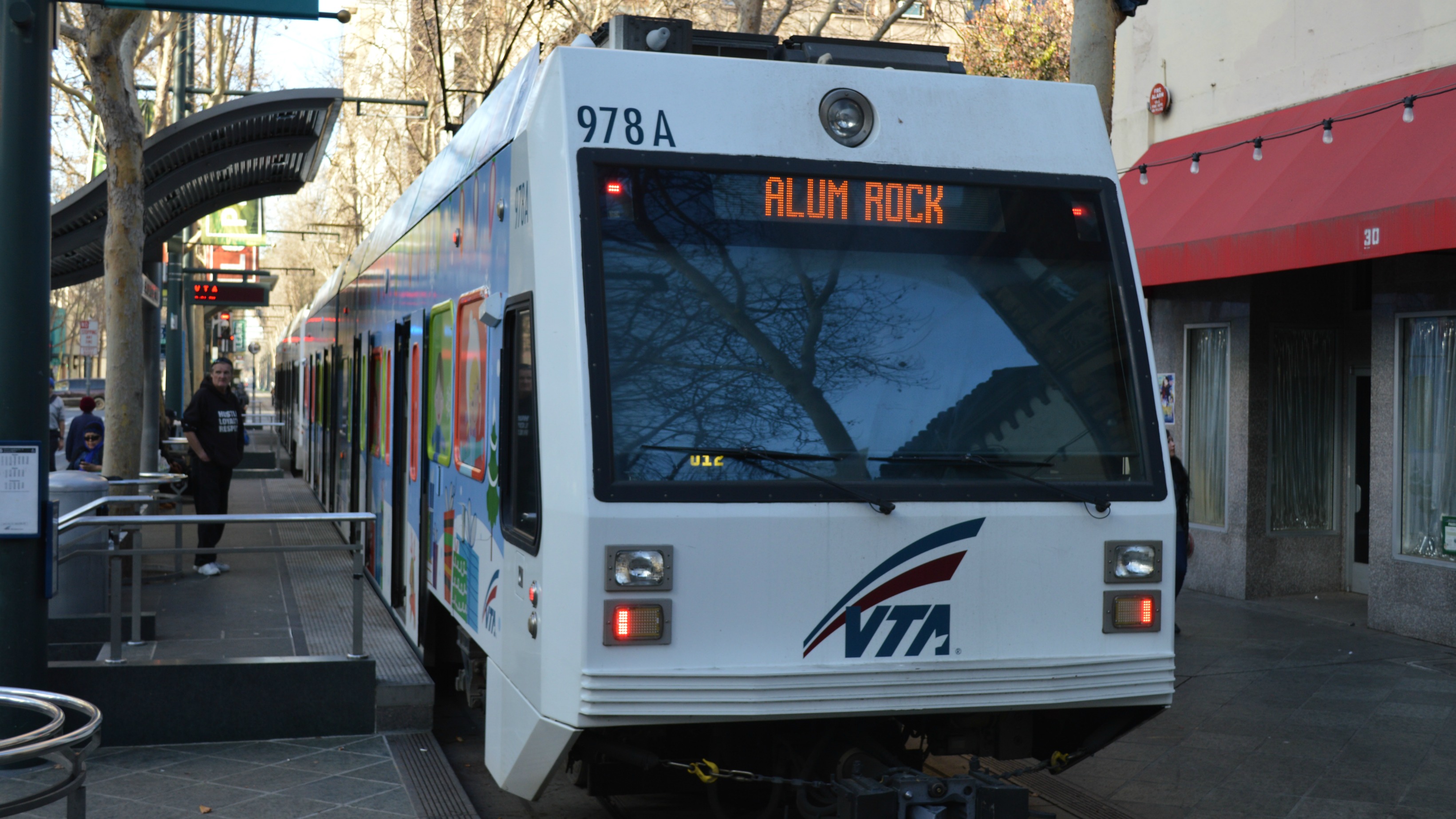 This is part of a series of Headways Blog posts about VTA’s transit network redesign.
The Next Network posts that we’ve published have mostly focused on the bus network since the big question that we are asking (how should VTA balance the goals of achieving ridership and providing service to as many places as possible?) is inherently about where routes should go.

Since buses can drive on most streets and light rail trains can only operate on tracks, this question is more applicable to bus service, but we’re looking at ways to make light rail more useful as well.

This fall, VTA Board of Directors will review and give guidance on a draft plan that outlines possible light rail operating plan changes that VTA staff is considering:
The start of BART service to Berryessa in the fall of 2017 will bring thousands of new travelers into Santa Clara County.  Our modeling shows that many of these travelers will have destinations in the job-rich areas of northern San Jose, Santa Clara, Sunnyvale and Mountain View.  For these travelers, it will make sense to exit BART at the Milpitas Station, walk across the pedestrian bridge to the Milpitas Light Rail Station and take light rail to their destination.  Currently, that trip requires a transfer at the Tasman Light Rail Station.
A new route between Alum Rock Station and Mountain View would increase the amount of light rail serving the Milpitas BART Station, and double the frequency in that corridor.
During the morning and evening commute periods, VTA operates express trains that travel between Baypointe Station and Santa Teresa Station.  Three trains head north in the morning and three head south in the evening.  These trains skip stops between the Convention Center Station and Ohlone-Chynoweth Station, saving approximately four minutes for riders.  Our data shows that about 75 percent of express train ridership occurs between Downtown San Jose and South San Jose.  Because of this, VTA is considering shortening the express routes to only operate between Downtown San Jose and South San Jose, turning around at St. James Station.  By shortening the route’s distance by half, the frequency can be doubled to six trains per commute period.  Riders heading north of Downtown San Jose would need to transfer to a Mountain View or Alum Rock-bound train. 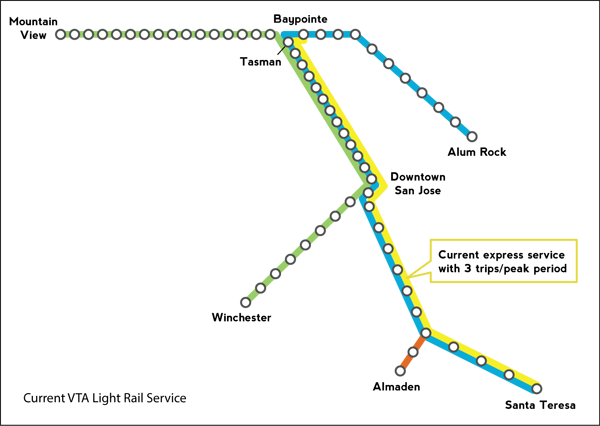 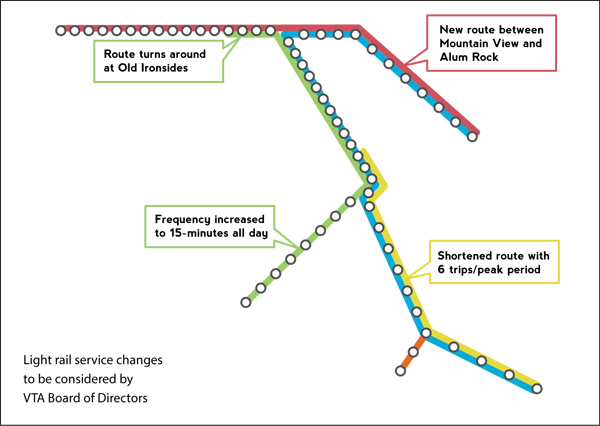 
Currently, frequencies on the trains between the Mountain View and the Winchester stations are 15-minutes during the morning and evening commute periods and 30-minutes during the early morning, midday and late evening periods.  30-minute frequencies mean average waits of 15-minutes and maximum 30-minute waits.  This is often too much time and uncertainty to build into one’s schedule—especially when making transfers between routes.

If these changes are approved by the Board of Directors as part of VTA’s next two-year service plan, they would go into effect in the fall of 2017.