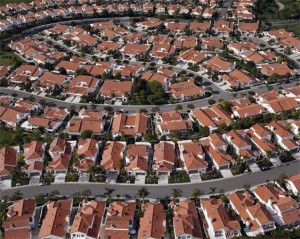 There’s been a lot of industry noise around the California Environmental Quality Act (CEQA), which requires environmental review for new projects and mitigation of impacts where feasible.  Industry of course doesn’t like the expense, delay, and uncertainty that can be associated with this review, while environmentalists and other interests (particularly labor, homeowners groups, and rival businesses) like to have leverage over proposed projects to shape or sometimes kill them through delay.

I’ve been critical of recent studies from the law firm Holland & Knight, purporting to show how CEQA litigation overwhelmingly targets environmentally “good” projects, such as infill, transit and renewable energy.  These studies, in my view, were slanted and flawed.

But the sad fact is that we have little empirical study of this important law, which could help us evaluate claims from both sides in a fair manner.

Today, however, the Rose Foundation is releasing a new study, authored by the research firm BAE Urban Economics [PDF], that at least sheds light on the rate of litigation and costs of general CEQA compliance.  The study found the following key points:

The number of lawsuits filed under CEQA has been surprisingly low, averaging 195 per year throughout California since 2002. Annual filings since 2002 indicate that while the number of petitions has slightly fluctuated from year to year, from 183 in 2002, to 206 in 2015, there is no pattern of overall increased litigation. In fact, litigation year to year does not trend with California’s population growth, at 12.5 percent overall during the same period.

The rate of litigation compared to all projects receiving environmental review under CEQA is also very low, with lawsuits filed for fewer than 1 out of every 100 projects reviewed under CEQA that were not considered exempt. The estimated rate of litigation for all CEQA projects undergoing environmental review (excluding exemptions) was 0.7 percent for the past three years. This is consistent with earlier studies, and far lower than some press reports about individual projects may imply.

Furthermore, looking at select case studies of four projects, the study authors found that direct environmental review costs for these four projects ranged from 0.025 to 0.5 percent of total project costs.  Hardly a money drain for the chance to ensure advance environmental mitigation.

This study is helpful in putting the litigation in context, and I think it convincingly indicates that CEQA litigation is not a major problem when viewed from a statewide perspective.

Now to be sure, there are other costs associated with CEQA, such as delay, uncertainty, and defensive siting and project design.  But just focusing on litigation, and telling the misleading story that it overwhelmingly affects environmentally beneficial projects, is not helpful for the broader debate.

Meanwhile, the state has made significant efforts over the past decade or so to relieve the CEQA burden on qualifying infill projects, such as SB 375, SB 226, and SB 743.  We are still implementing those laws, through the development of regional transportation plans, local plans for infill, and new state guidelines.  We would be better served to let those processes play out, and undertake further study, before making major changes to the law that could unintentionally benefit projects with negative environmental impacts.

This study underscores the need for that measured approach and hopefully portends more solid analysis of CEQA and its impacts in the near future.