Prof. Ethan Elkind: How To Message Climate Change Action To Conservatives Without Scaring Them 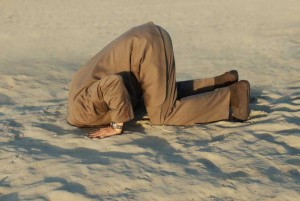 In my continuing quest to understand how to communicate better on climate change, I came across an article [pay-walled from E&E News] with some recent scientific research on the subject:

To trigger the right emotions, [behavioral psychologist Renee] Lertzman and her colleagues developed a script where they circled around environmentalism without explicitly labeling it as such.

The script discussed nature and the merits of the outdoors. It gave a nod to “creation care,” an idea in Christianity that humans are responsible for this planet. It acknowledged that people might dislike former Vice President Al Gore and policies that seek to expand government. It is possible to address the challenge on “our own terms” through sustainable energy solutions, the script stated.

To judge whether the message resonated with conservatives, Lertzman and her colleagues gave a test audience a dial that they could turn up high if they liked what they were hearing. As the scientists went through the script, both moderate and staunch conservatives cranked up the dial.
The testing proved the script was successful, Lertzman said. She and her colleagues have shared the dial test results with select audiences, including to pro-climate GOP members of Congress who would like to discuss climate with their conservative constituencies.

I’m not going to be comfortable labeling climate mitigation efforts “creation care,” but I do like the idea of discussing climate action as something that local communities can and should do “on their own terms.”

This type of message can resonate in two ways: one, it can address conservatives’ fears that belief in climate science will trigger massive government overreach in regulating our economy. Two, it underscores the need for decentralized action on climate change, which I believe will be a necessity even with a strong federal role in supporting clean technology and putting a price on carbon.

Why local action? Well, two more reasons there. First, the impacts of climate change will be unique to each community. Federal and state government can help with the process, but it will ultimately be a local issue.  Coastal cities will have to deal with sea level rise and figure out how to pay for sea walls or abandon some development, while inland areas will have to deal with droughts, fires, twisters, hurricanes, and the litany of other cataclysmic weather that scientists tell us will get worse.

Second, to reduce emissions, each community will need to determine the right mix of strategies and harness the energy generation potential of their geographical area. That means local solutions to reduce driving and encourage walking and biking and more localized energy production, depending on local resources.  Those resources could be wave/tidal, geothermal, wind, sun or who knows what else we may invent and harness in the coming years.

I also like the idea of local innovation, to create and test ideas and policies that can spread throughout the world.  So unlocking this kind of experimentation is also good for broader policy development.

Hopefully this phrase “our on our terms” can be useful for other climate researchers looking to have more productive discussions about policy options with climate science doubters.  It’s going to take much more than just one phrase, but maybe it can get us started on a more productive path.  Meanwhile, I look forward to learning more about what scientists can tell us — both on climate change and how to communicate about it.