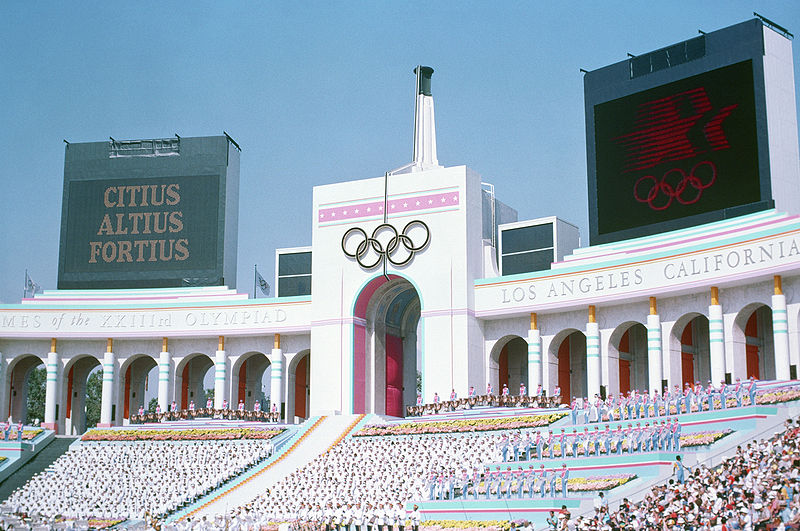 The last time the Olympics were in Los Angeles was 1984. Opening ceremonies have since gotten A LOT fancier.


The Summer Olympics officially kick off in Rio this Friday, which means I’m about to disappear into a haze of swimming and gymnastics fangirling. My favorite story so far is the one about how my beloved gymnast King Kohei apparently racked up a $5,000 bill trying to play Pokémon GO in Brazil.
As the festivities and competitions get underway in Rio, Metro and LA2024 will be hosting our own celebration of the Olympic Games and L.A.’s Olympic history, by giving you the opportunity to meet an Olympic gold medalist from the past. The Olympians will be appearing at various Metro stations starting this Friday, August 5, and then from Aug. 8 through 12 and Aug. 15 through 19. All appearances will take place from 4:30 p.m. to 6 p.m.
Drop by to say hi, get an autograph or take a photo! Here’s the schedule of athletes:
Also, anyone who wants to talk to me about swimming in general, find me on Twitter. (Unless you just want to talk to me about Michael Phelps in which case, don’t. Park Tae-hwan or bust.)