A grid based largely on renewable energy will be tough to manage, given the intermittency of solar and wind power.  That’s why it’s in California’s interest to expand its grid to cover the greater western United States.  With a western market, California can sell cheap surplus renewables to other states and import their renewables when we don’t have enough.

As I’ve discussed before, this expansion is not without controversy.  PacifiCorp states are worried about losing sovereignty to a California-heavy expanded grid operator, while environmentalists are worried that the expansion will throw a lifeline to some coal-fired power plants in the PacifiCorp territory. 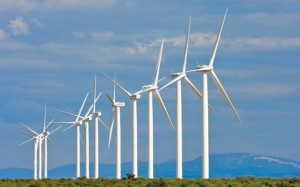 California officials are also worried that grid expansion could open up avenues for legal challenges and loss of sovereignty over the state’s domestic climate policies, particularly on renewable energy procurement.  Specifically, would expansion increase the federal government’s ability to preempt state authority over domestic policies and energy contracts through the Federal Energy Regulatory Commission (FERC)?  And would expansion open up California to legal challenges that claim that state policies in an expanded grid violate the commerce clause in the U.S. Constitution?

To evaluate these concerns, CAISO commissioned a legal analysis by UCLA Law’s Ann Carlson and University of Colorado Law’s William Boyd, in consultation with me and my Berkeley Law colleague Dan Farber.  That analysis was released publicly yesterday afternoon, and you can read it here [PDF].

Here is what we found, in a nutshell:

To be clear, this memo doesn’t address other potentially thorny issues, such as how the governance structures will be arranged in this future entity and how specific issues like the coal-fired power plant fleet might be treated. But it does provide assurance that expansion will not call into question California’s sovereignty over its clean energy policies, in terms of its constitutionality and ability to operate under federal jurisdiction.