NextCity: Designing a Transportation Plan for the World 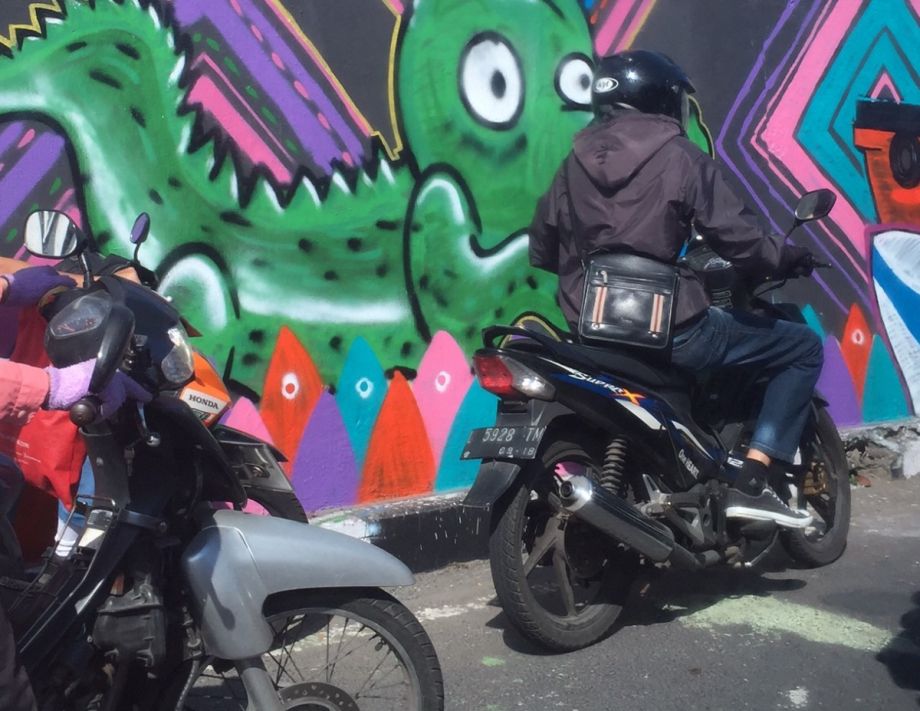 Motorbikes thread through Surabaya's busy streets as UN delagates meet in the city to discuss sustainable transportation and other issues of urban development. (Credit: Janine White)


Crossing Surabaya’s busy streets can be tricky for pedestrians, who need to scramble across streams of traffic. This week, the Indonesian city’s unrelenting flow of cars and motorbikes served as an example of what’s at stake in the world’s cities as the United Nations held talks there about the formulation of the New Urban Agenda. The document is intended to be adopted at the Habitat III conference this fall in Quito, Ecuador, and would inform sustainable city growth for the next two decades.
Transportation planning shapes cities — impacting residents’ access to employment and quality of life, and environmental factors like air pollution. The New Urban Agenda has the potential to be a guide for cities developing sound multimodal strategies.
Clayton Lane is CEO of the Institute for Transportation and Development Policy, which is headquartered in New York. ITDP contributed directly to drafting the New Urban Agenda, and Lane said he was pleased to see emphasis on inclusive and equitable transport. (He spoke as negotiations were ongoing in Surabaya.) Lane said he’d like to see the agenda incorporate language about limiting car use through schemes such as congestion pricing. He also noted how metrics can take the agenda beyond mere concept and into reality.


Debra Efroymson, of Health Bridge, was attending the UN event in Surabaya to advocate for healthier cities. She hopes that the New Urban Agenda will inform policymakers and planners at the local level. In coming months, she said, she also hopes to reinvigorate a somewhat dormant car-free cities movement.


Next City is covering preparations for the United Nations’ Habitat III conference in Quito, Ecuador, in October 2016, through reporting, op-eds and video. With grants from the John D. and Catherine T. MacArthur Foundation, Kresge Foundation and Ford Foundation, we’re covering the critical issues at stake on the road to creating a “New Urban Agenda.” In partnership with the Lincoln Institute of Land Policy, we’re also co-producing a video series to capture the stakes and the stakeholders of this important once-every-two-decades event.
(Source: https://nextcity.org/daily/entry/designing-a-transportation-plan-for-the-world)
Posted by Greg Justice at 00:08