GreenBiz: How to lay the path for our renewable future 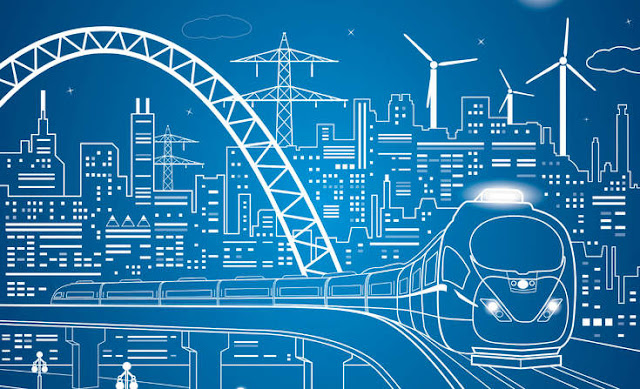 This is an excerpt from the book "Our Renewable Future: Laying the Path for 100 Percent Clean Energy," published by Island Press.
Liquid petroleum is the world’s dominant energy source. Oil is energy dense, portable and easily moved by pipeline and tanker — characteristics that have made it very well suited as a transportation fuel.
Further, during the 20th century it was amazingly cheap. During the 1980s, for example, a barrel of oil, which contains 1700 kWh of energy (the equivalent of over 10 years of hard human labor), cost a mere $35 in inflation-adjusted dollars. Cheap transport energy helped fuel globalization, one of the most significant economic trends of the past few decades.
Today, transportation accounts for 41 percent of U.S. energy end use, and over 95 percent of that transportation runs on oil. The vast majority of cars still burn oil-derived fuels, as do airplanes, ships, trucks and rail locomotives.
Trade depends upon the transport of raw materials and finished products. While movement of money can be effected electronically and almost instantaneously, the physical economy that money symbolizes requires wheels, roads, rails, rudders, landing strips — and the oil that lubricates and fuels transportation.
Because oil has been so plentiful and cheap for the past century, we have globalized the production of most of the goods we depend upon. In 2011, U.S. ports took in $1.73 trillion in goods, 80 times the value of all U.S. trade 50 years ago. 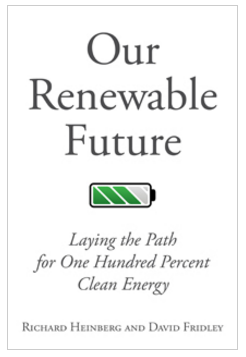 In addition, oil is critical to our industrial food system. While much foodsystem oil use is for the transport of farm inputs and outputs, diesel and gasoline are also used to power tractors and other on-farm machinery. Of the 10 calories of industrial energy used to grow, transport, process, refrigerate and cook the average calorie of food in the United States, 21 percent come from oil.
If the transition to renewables is to succeed, it must address these systemic dependencies on liquid fuels. As we will see, there are efforts under way to do this, but enormous challenges remain.

Because solar and wind energy technologies produce electricity, an obvious solution to our oil dependency for transport is to electrify transportation. There are currently roughly 750,000 road-legal electric vehicles (EVs) globally, and the rate of growth in the market is a spectacular 76 percent annually.
The United States has seen a growth rate of 69 percent annually, with about 300,000 vehicles now running on batteries. At this growth rate (close to a doubling every year), the EV market in the United States could grow to equal the size of the current auto fleet in just a decade — though almost no one expects that to happen, as about half the gasoline-powered cars now in service will still be operational in 10 years, and the vast majority of automobiles still being sold have conventional combustion engines.
However, electric cars suffer from the inherent inefficiency of all personal motorized, road-based transport: the need to move a one- to two-ton vehicle in order to transport a few hundred pounds worth of people. The vehicles themselves represent large amounts of embodied energy, up to 75 MWh each.

If the transition to renewables is to succeed, it must address these systemic dependencies on liquid fuels.

That means today’s global fleet of over 1 billion automobiles represents roughly 50 million GWh of energy, many times the total amount of renewable electricity produced in 2014.
Further, road building and maintenance also require energy: a meta-study at the University of Washington found that a reasonable estimate of total energy consumption for these purposes is between 0.5 and 1 GWh per lane-kilometer of paved roadway.The vast majority of this energy expenditure is in the form of oil. With 65 million kilometers of paved roads worldwide, that represents up to 65 million GWh of energy, as much as is embodied in the world’s cars.
The strategy of electrifying transport entails both opportunities and obstacles. The opportunities start with the fact that 1 kWh of energy will propel a typical electric car 2.94 miles, compared to 0.83 miles for a similarly sized gasoline powered vehicle. That’s because electric motors are very efficient compared to internal combustion engines.
However, the heart of the electric vehicle is its battery. And as we’ve already seen, though battery technologies are subject to innovation, falling prices and increasing storage per unit of weight, nevertheless even the best theoretical battery has very low energy density compared to petroleum-based fuels.
The result is that batteries work best in small, light vehicles. While a large majority of vehicles on the road are used to move people, 99.9 percent of the total weight being transported on U.S. roads (not counting the vehicles themselves) is goods that we consume.
But large, heavy vehicles such as trucks, tractors and cargo ships require batteries too heavy to be practical in most instances, particularly if they are traveling long distances. Meanwhile, battery-powered aviation (except in the case of one- or two-passenger aircraft) is simply not an option.

Many railways are already electrified (in 2012 half of all rail tonnage worldwide was carried by electric traction), and this is accomplished without batteries: Electricity is distributed to locomotives via an overhead line or a third rail.
Electrified rail offers the advantages of greater efficiency and lower operating costs as compared to diesel power, though initial capital costs for electrification are relatively high. A few companies have proposed building electrified highways in order to bring similar efficiencies to electric trucking, though once again infrastructure costs would be significant.
Electric city buses and streetcars that draw their power from overhead wires have been in use for over a century. A new generation of battery-powered electric buses (some of which recharge at bus stops) is gaining in popularity — including on some bus rapid transit (BRT) systems, which feature high-capacity buses operating on dedicated corridors, with off-board fare collection, and station platforms level with the bus floor.
Electric long-haul buses and electric trains would work for intercity trips. Electric vans running as jitneys or taxis, electric car-shares and small electric buses would be ideal for interneighborhood trips.
Over the short run, transport electrification is likely to take the form of increasing numbers of electric cars, though that trend may ultimately be limited by the inherent inefficiencies of personal automobile ownership and operation, and by the need for oil in building and repairing highways.

Virgin Atlantic has announced its intention to test an alternative aviation fuel reputed to have half the carbon footprint of the standard jet kerosene.

Electrified rail could theoretically replace trucking and domestic aviation and move many more people than it currently does; however, the United States — with its decrepit existing passenger rail networks — is at a distinct disadvantage in this regard. Substantially expanding electric rail and buses will entail up-front infrastructure costs, embodied energy and time for build-out. This implies a multi-decade effort involving large initial subsidies, presumably from government.

Where batteries are unsuited for transport (such as in heavy road vehicles, ships and aircraft), why not use biofuels? These are renewable fuels made from food crops, agricultural and forestry residue, or algae, usually in the forms of ethanol, biodiesel or methanol. The United States already produces 14.34 billion gallons of ethanol and 1.27 billion gallons of biodiesel annually, roughly 10 percent of the gasoline consumed in 2014. Could these fuels be used to run the nation’s fleets of aircraft, ships and trucks?
Because aviation, which represents 2 percent of global carbon emissions, cannot be electrified, let’s focus on this industry. The direct use of ethanol or biodiesel in current aircraft engines is impractical because these fuels do not have the right chemical characteristics (biodiesel, for example, tends to become highly viscous at low temperatures).
However, the aviation industry is engaged in ongoing experimentation with several chemical pathways toward a replacement fuel, the most common of which is based on refining oils extracted from plants or from algae. Airlines were approved to use up to a 50 percent blend of such fuels in 2011, and both test and commercial flights have been successful.
Research continues into an alcohol-based pathway, as well as through synthetic biology. Virgin Atlantic has announced its intention to test an alternative aviation fuel reputed to have half the carbon footprint of the standard jet kerosene from a production process that ferments carbon monoxide-rich gases from industrial steel production into ethanol, with further conversion to jet fuel using the LanzaTech process.
The challenges for the growth of the biofuels industry are environmental tradeoffs, cost, scalability and energy profitability. These challenges are all closely interrelated.