Co.Exist: This Temporary Tattoo Monitors Your Alcohol Level And Informs Your Phone

Never leave the bar too drunk to drive again. 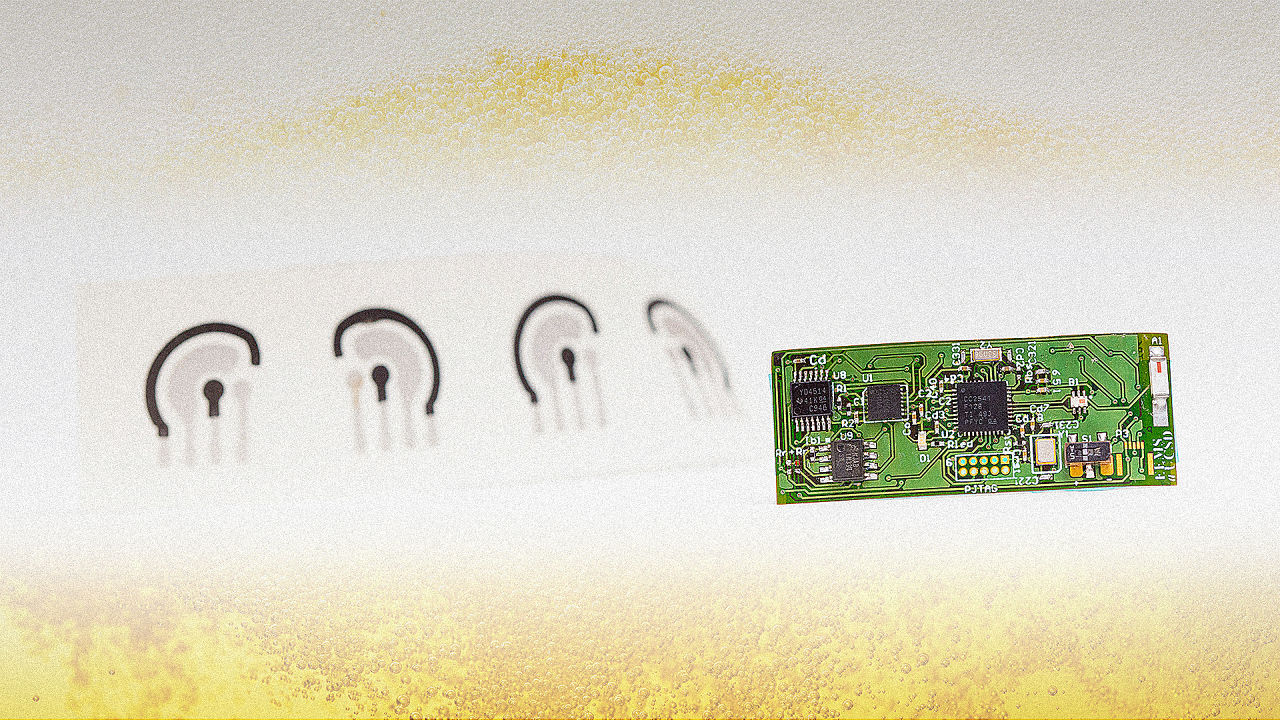 
This skin patch monitors the alcohol levels of the wearer accurately enough to be used by police when testing potential drunk drivers. But law enforcement isn’t its only use. An individual could choose to wear their own patch and have it send wireless updates of their blood alcohol levels to their smartphone.
The sensor, which comes from the University of California San Diego, comprises two parts. The first is a temporary tattoo that sticks to the skin and delivers a drug, pilocarpine, to induce sweating. The tattoo also contains detectors that are highly sensitive to ethanol in the generated sweat.
The user then applies the electronic part over the top of the tattoo, which stays in place using magnets. This controls the sensing operation, as well as transmitting the raw data over Bluetooth to a waiting device, most likely a smartphone. 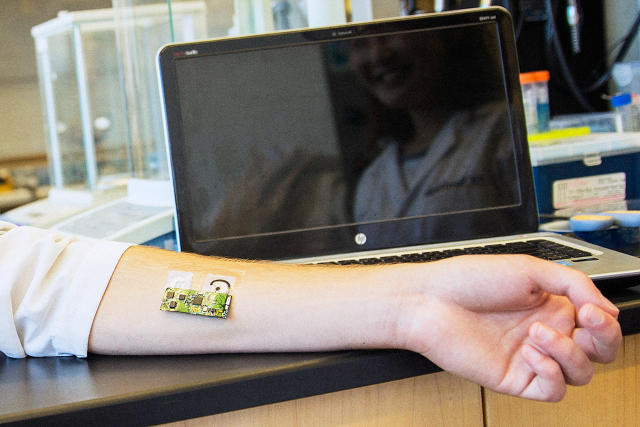 "When you’re out at a party or at a bar, this sensor could send alerts to your phone to let you know how much you’ve been drinking," said study coauthor Jayoung Kim to the UC San Diego newsroom.
Several ways already exist to determine a person’s blood alcohol concentration. Breathalyzers are common, but inaccurate. To get a true reading, you need blood, which means pricking the skin. This sensor combines the accuracy of a blood test with the noninvasiveness of a breathalyzer.
It works by measuring the alcohol levels in "sensible" sweat, that is, the perspiration that actually appears on the skin. This can supposedly give an accurate reading within 15 minutes. Previously, the apparatus to do this has been too big to be practical. The other kind of skin-alcohol detection measures insensible sweat (sweat that hasn’t yet appeared on the skin’s surface), which is easier to do but gives a reading up to two hours behind the current blood alcohol level. This skin patch marries accuracy and speed with portability.
Testing so far is small-scale, with only nine volunteers assessed. The results are encouraging nonetheless. All of the test subjects were measured before and after drinking a glass of wine or a bottle of beer, and the patch accurately measured the changes in their blood alcohol levels.
Next up is a 24-hour monitoring device, which brings with it added complications like power, and whether or not it can stay in place for so long. The first use that comes to mind for such a device is also for law enforcement—it could be used to monitor drinking in parolees, for example. The published paper also says that the device could be "readily expanded toward the monitoring of additional analytes"—that is, it could be used to monitor all kinds of substances, the prospects of which are either thrilling or chilling, depending on your point of view.

(Source: http://www.fastcoexist.com/3062503/this-temporary-tattoo-monitors-your-alcohol-level-and-informs-your-phone)
Posted by Anonymous at 06:27