Co.Exist: 47 New Ways To Turn Carbon Dioxide From A Planetary Threat Into A Valuable Product

The newest XPrize looks for ways to turn carbon emissions into something useful, because it doesn't look like we're going to stop them any time soon. 
What can you do with CO2? Other than bubble soda drinks and use it to help pump even more oil out of ground, today the answer is not very much.
But creating a bigger market for carbon dioxide could help mitigate climate change in a big way, by making it more economical to capture emissions from power plants and other large industrial facilities. Today, the economics of doing this are terrible, and well-funded demonstration projects have turned into boondoggles.
This is where the Carbon XPrize—a four-year, $20 million prize competition sponsored by the electric power company NRG and Canada’s Oil Sands Innovation Alliance—comes in. Launched last year, its goal is to cultivate technologies that convert CO2 to a product that has marketable value, and this week it announced it had received 47 entries from around the world. Most of the entries, submitted by startups, researchers, and even one by a team led by a high school student, reflect a range of uses for carbon dioxide that have been in the R&D stage for many years but haven’t yet reached a commercial threshold. Some teams hope to convert CO2 into a liquid fuel, like methanol or butanol, which could be put into a car’s engine (like ethanol is today). Others hope to fix the gas into a solid aggregate and use it in building materials, such as cement or concrete—which would have the added benefit of locking in the CO2 for a longer time frame than a fuel that is quickly burned again.
A few are even more cutting edge, aiming to use CO2 to make advanced carbon-based materials, like graphene or carbon nanotubes, or even proteins that can be used by the food, animal agriculture, or aquaculture industries. Other proposals, like those to harness the energy content of CO2 molecules to make more electricity, are a bit more "boundary pushing" (or dubious), depending on your perspective (though Exxon is looking into a similar idea, of basically sticking a fuel cell in a smokestack).
Of the number and diversity of entries, Paul Bunje, the senior scientist leading the XPrize’s energy and environment group, says: "It’s more than we expected, and it’s certainly more than the world knew about." 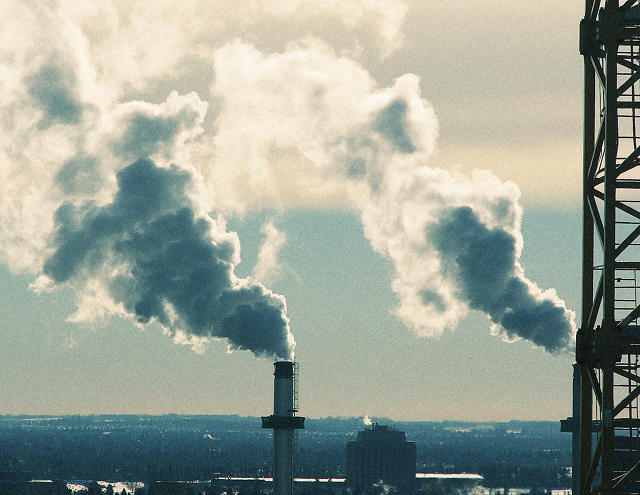 Carbon capture is controversial. If successfully done on a commercial stage, it would prolong the world’s reliance on fossil fuels, which can be environmental and public health disasters for reasons unrelated to climate change. For example, Canada’s oil sands industry, which is sponsoring the prize, has cut down wide swaths of forests and polluted the air, water, and land. Still, many believe nations are currently not on track to quit fossil fuels quickly enough to avoid disastrous climate change, and enabling emission capture technologies could become an important safety valve. The XPrize’s goal is broadly to help turn carbon from "a liability into an asset," says Marcius Extavour, technical operations director for the carbon capture competition.
In the last stage of the competition, the finalist teams will be able to test their technologies at a new pilot demonstration facility at either a coal power plant or natural gas facility. The goal of the competition is to help the most promising technologies scale up. "There are so few places where you can test out these ideas," says Extavour. "Building a pilot plan the size of a house—that’s not something a garage inventor can do or even a team from a well-funded university, or it takes several decades."

(Source: http://www.fastcoexist.com/3062289/47-new-ways-to-turn-carbon-dioxide-from-a-planetary-threat-into-a-valuable-product)
Posted by Anonymous at 22:34