Co.Exist: 2015 Was The Worst Year For The Climate In Recorded History 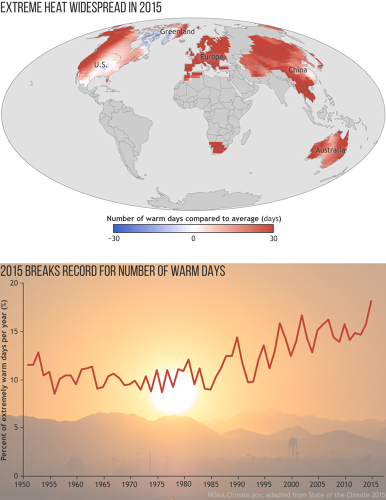 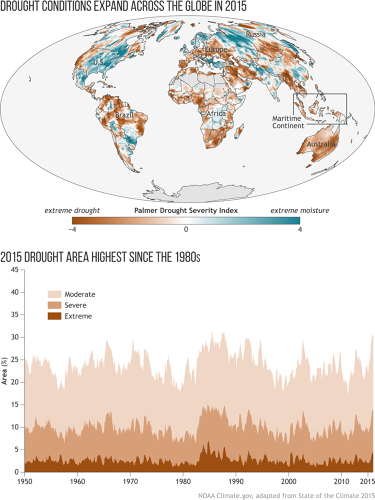 
For many years, the world has warmed due to climate change. 2015 saw the exact same trend. Surprise! In fact, last year was the worst yet by several measures: Air and ocean temperatures were at record levels, sea levels rose to historic highs, and the amount of carbon dioxide in the atmosphere accelerated once more.
That's according to the National Oceanic and Atmospheric Administration's authoritative State of the Climate in 2015 report, which is based on contributions from 450 scientists in 62 countries and gathers thousands of individual measurements. 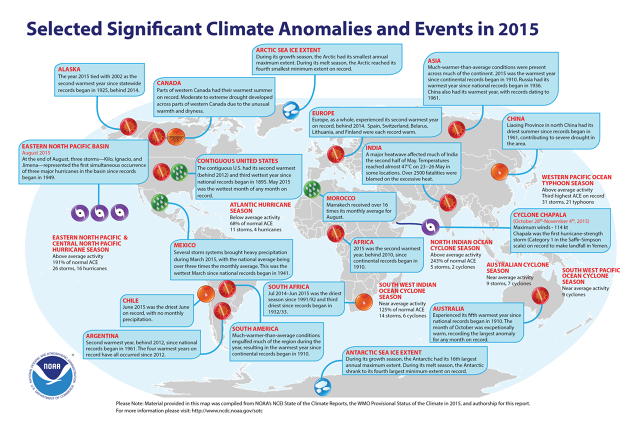 Last year's temperatures were 1 degree C (or 1.8 degree F) above those in the mid-19th century, the report says. International agreements seek to peg increases at no more than 2 degrees C above preindustrial levels. In fact, last year's climate talks in Paris mooted the possibility of keeping them below 1.5 degree C.
The report says a strong El Niño weather pattern in the Pacific contributed to the high temperatures, but the main driver was a record build of greenhouse gases. Levels of CO2, methane, and nitrous oxide all reached record highs. NOAA's Mauna Loa Lab, in Hawaii, which has been recording CO2 levels for decades, reported levels above 400 parts per million (ppm) for the first time. Last year's 3.1 ppm annual increase was the largest observed in 58 years, the report says.
Sea level rise, caused by the thermal expansion of water and the effect of ice melting and falling into the oceans, continued in 2015. NOAA says sea levels are two and three-fourths inches higher than the average in 1993 (the Arctic is 2.8 degrees C hotter now than at the beginning of the 20th century). At the same time, droughts were also more frequent last year: Areas affected by "severe" drought increased from 8% of the planet to 14%.
Of course, none of this is exactly news: We've been seeing similar reports for years. 2016 is once again likely to set records. The World Meteorological Organization said recently that this year's temperatures are likely to be 1.3 degree C above preindustrial levels. 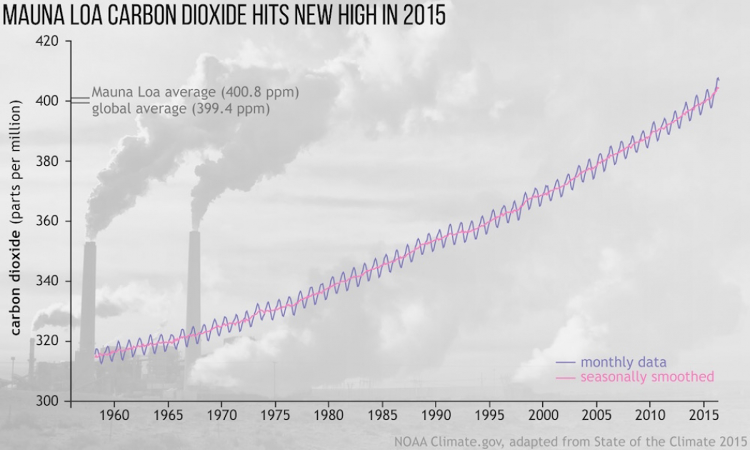