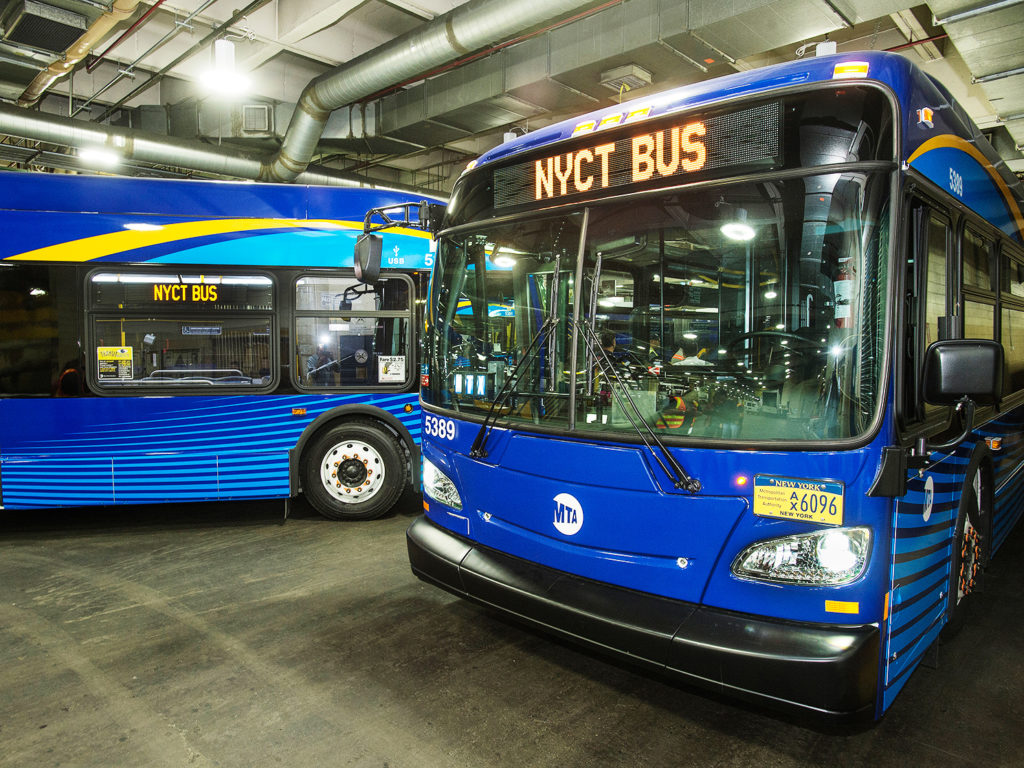 
MAYBE YOUR DREAM ride on public transit includes an ice cream bar. Beer on tap. Leather seats. Outlets and WiFi, so you can edit decks on the move.
But a new report from research group TransitCenter says shiny bus amenities aren’t worth the public funding buckeroos. People don’t really care about them, they probably don’t convince more people to take the bus, and they can take away funding for more important system improvements.
TransitCenter asked more than 3,000 online respondents from 17 regions across the country what sorts of upgrades they’d like to see on their commutes, with choices like free Wi-Fi, outlets, more frequent service, faster travel times, cheaper fares, robust shelters built for bad weather, and updates on when their bus would arrive.
They ranked perks like outlets and Wi-Fi dead last. Even tap-and-go fare cards, a relatively low-tech update many agencies are racing to implement, landed near the bottom of the pile. Surprise—people care more about reliability and practicality than frills.
If that seems obvious, you might not be a transit official. In San Antonio, public officials attributed a rise in ridership to new, comfy seats and free Wi-Fi—though it was the system’s speedy and convenient express bus service that saw the most  growth. And earlier this year, New York’s Metropolitan Transportation Authority waxed poetically about adding Wi-Fi and USB charging ports to 75 new buses it’s rolling out this year. The high(er)-tech updates will cost between $2,000 and $3,000 per bus, The Wall Street Journal reported.
“Many of the young people using our system today grew up with a smartphone in one hand and a tablet in the other,” MTA chairman and CEO Thomas Prendergast said when the designs were released in March. “They’re demanding more Wi-Fi, more real-time information, more charging stations, connectivity, more apps, and more screens. They aren’t luxury items anymore.” (In a statement, the MTA said it’s focused on improving system reliability as well, by investing in renewed “track, signals, yards, depots, bridges, and stations.”)
“We’re really not trying to criticize agencies for providing Wi-Fi,” says Steven Higashide, TransitCenter’s senior program analyst. “But it won’t improve service.” Unfortunately, he says, transit officials sometimes make weird decisions because they’re not the ones taking the bus and subway.
The stakes are higher for US cities where transit ridership—especially on the unglamorous but highly useful bus—is stagnant or declining. In too many places, funding is a zero sum game. It’s new buses or a more robust, concentrated network. It’s a shelter with a countdown clock or a new tree to next to the bus stop.
Maybe someday, municipal coffers will be stuffed with gold, and public transit systems will serve everyone reliably and fairly. Then cities can load up the kegs and stuff WiFi routers into every bus. In the meantime, though, Higashide says they should tackle the boring stuff. Because people are pretty boring. They’d rather be able to walk to the bus stop and wait for a bus that shows up on time than enjoy a bounty aboard.