VTA: Living Near Transit Made Easy 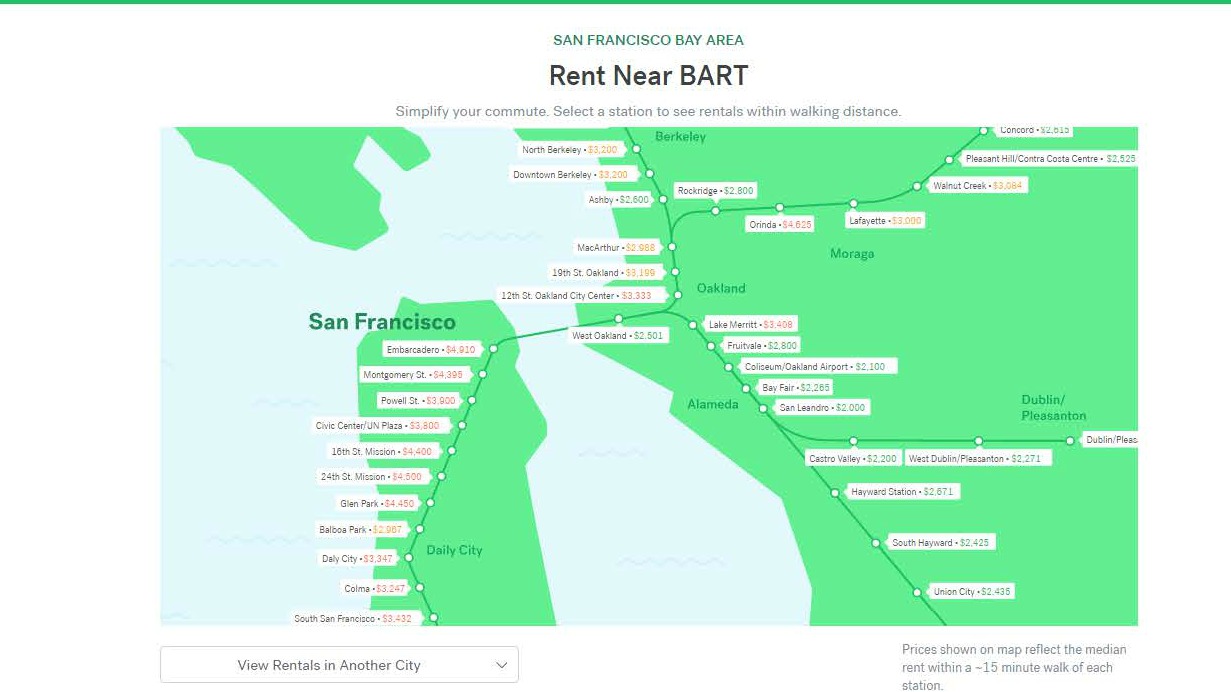 A local avid bike rider keeps her protractor handy whenever she moves to a new city.

She marks the spot on a map where her job is and draws a circle around it showing the distance that would be easy enough to ride her bike or take transit from a potential home to work. That helps her decide where she’s going to live in that new city.  A novel idea, to say the least.

Now a real estate site is offering a service somewhere along those lines, with the click of a button, instead of using a protractor.

Trulia has a new tool called “Rent Near Transit,” including in their search filter an option to find a place close to public transportation.

The service is only initially available in six cities, including San Francisco. (The others are Boston, Chicago, New York, Philadelphia, and Washington, D.C.)  But more cities are planned.

The broader rollout will depend on how Trulia can source transit service data.  The currently served cities have public transportation systems with accessible data for such a purpose.  VTA makes its data available, so we hope Trulia will count us in!