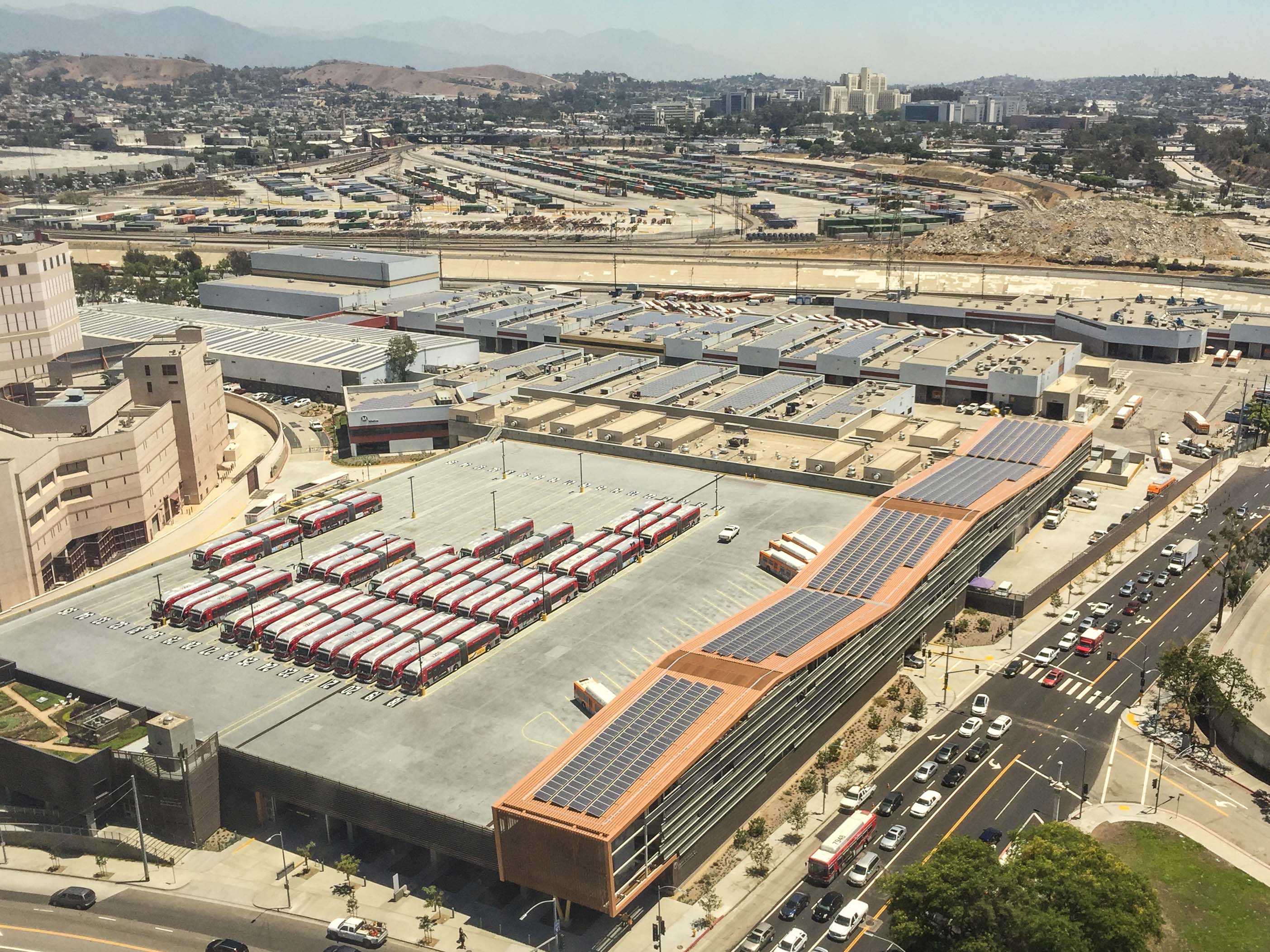 Metro also has solar panels on its own facilities — including Division 13 in DTLA. Photo: Metro.


President Barack Obama announced an initiative this week to make solar power more accessible to American households. Metro was one of the agencies mentioned for its work on the renewable energy front:

The Los Angeles County Metropolitan Transportation Authority (Metro) commits to develop an innovative community solar program for all of its capital projects.  This aggressive new program will bring solar energy to communities throughout the LA region, and will represent a significant investment in communities and renewable energy over the near and long term. Metro is the first public transportation agency to pursue a community solar program, which builds on its success of deploying approximately 7 megawatts of renewable energy by the end of fiscal year 2017, with a goal of 66 percent renewable energy use by 2020.

What is a community solar program? It allows Metro to install solar panels on properties or in communities that would otherwise not consider using renewable energy.  The community benefits from enhanced property values. Property owners benefit by having access to energy outside the usual grid.  And Metro benefits by claiming the renewable energy credits that can be sold or traded on energy markets and to show that the agency is complying with its renewable energy goals.