The Source: Are fixed-route buses a thing of the past? 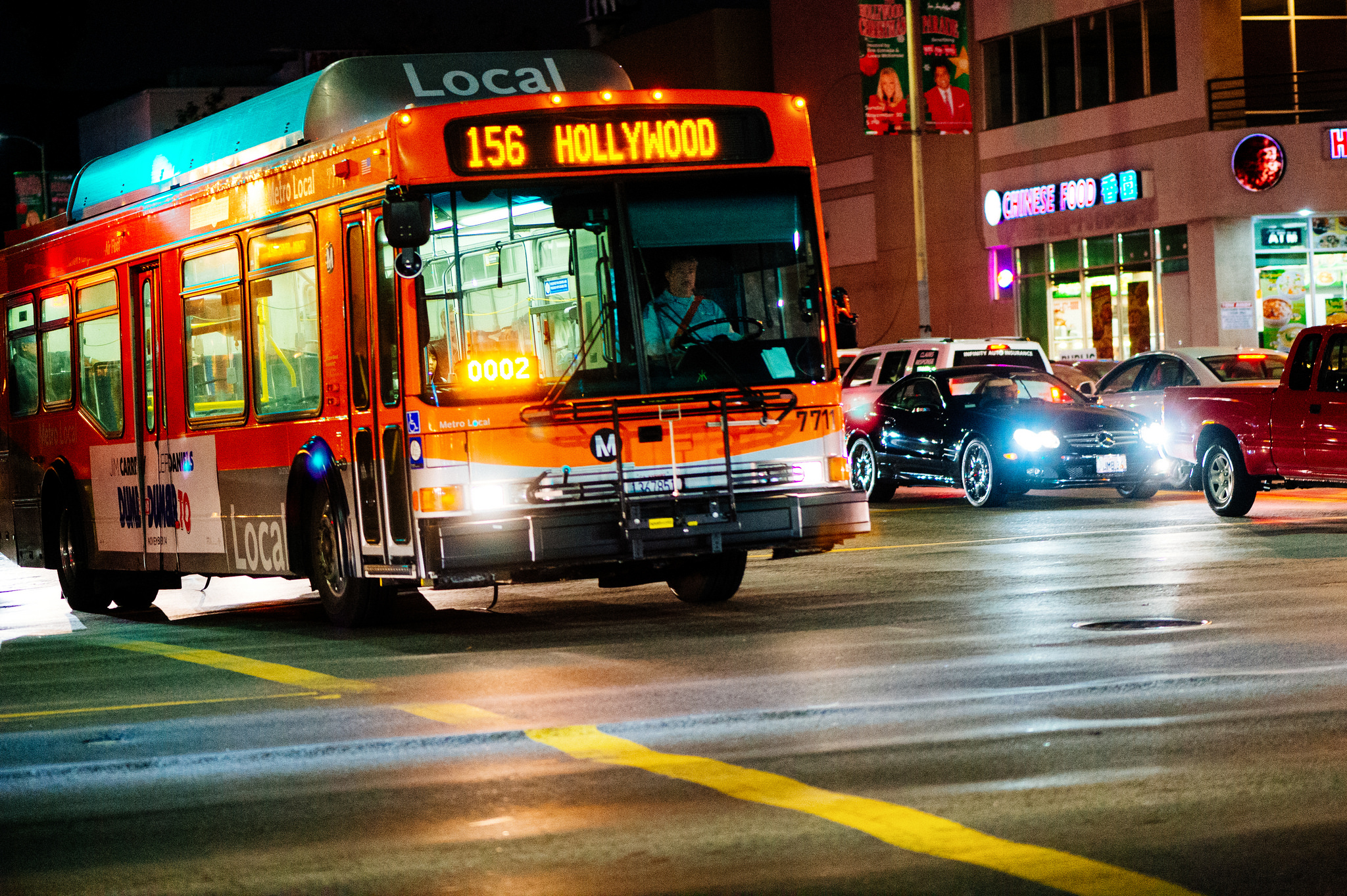 
As you may have heard, Tesla founder Elon Musk last week wrote a blog post explaining how the company’s plans to expand electric car and battery production and make some of their cars more affordable. Musk also wrote that Tesla plans to produce an electric truck and electric self-driving buses:

With the advent of autonomy, it will probably make sense to shrink the size of buses and transition the role of bus driver to that of fleet manager. Traffic congestion would improve due to increased passenger areal density by eliminating the center aisle and putting seats where there are currently entryways, and matching acceleration and braking to other vehicles, thus avoiding the inertial impedance to smooth traffic flow of traditional heavy buses. It would also take people all the way to their destination. Fixed summon buttons at existing bus stops would serve those who don’t have a phone. Design accommodates wheelchairs, strollers and bikes.

Taking strong exception to the above is Jarrett Walker, a transportation planner who designs bus networks. On his Human Transit blog, he says the idea of more, smaller buses taking people point-to-point is basically a fantasy that will only add to traffic in cities and make congestion worse for everyone:

So a bus with 4o people on it today is blown apart into, what, little driverless vans with an average of two each, a 20-fold increase in the number of vehicles?   It doesn’t matter if they’re electric or driverless.  Where will they all fit in the urban street?  And when they take over, what room will be left for wider sidewalks, bike lanes, pocket parks, or indeed anything but a vast river of vehicles?

Jarrett does believe that Musk’s vision may work in some places: the outer ‘burbs and rural areas. Otherwise, he thinks that frequent bus service on busy corridors serving a network is the way to go for cities — the key phrases there being “frequent” and “network.”
The big issue here is whether you believe that fixed route transit — which has been the norm for many decades now — is an anachronism doomed by emerging technologies OR whether you think that fixed route buses have stuck around this long because they actually work.
I believe the latter. But I think that fixed route buses have left themselves open for futuristic wishful thinking because really frequent service and bus lanes/BRT are the exception, not the rule, in most of America. With so many agencies trying to stretch coverage to cover as many streets as possible, that probably won’t change — until something changes about the way America funds transit.