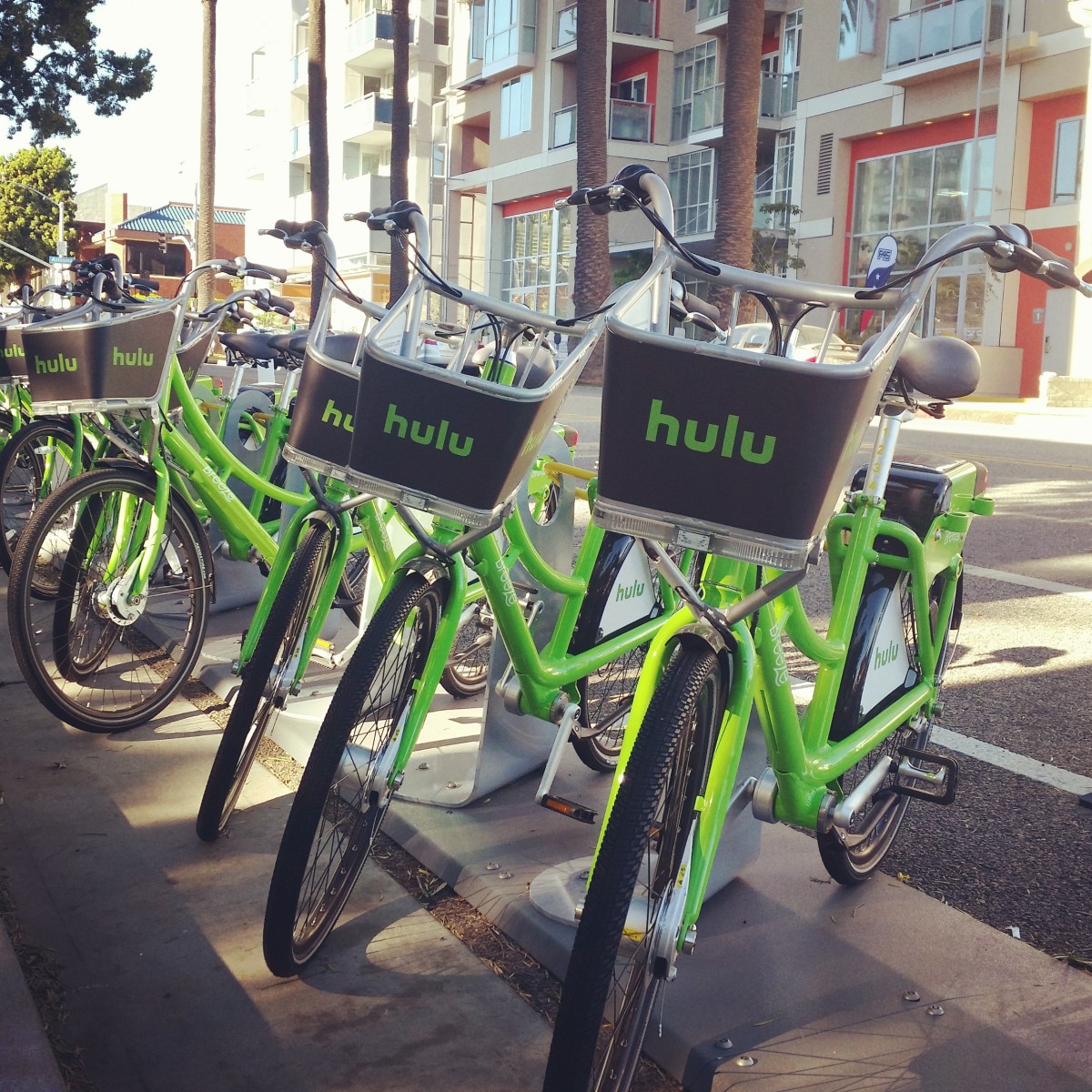 
Come August 1, Santa Monica’s Breeze Bike Share is going to get cheaper for most users when the system’s pricing structure overhaul goes into effect.
In addition to increasing the daily ride time for members from 60 to 90 minutes, the new pricing structure will include a special bulk rate for employers purchasing memberships for their employees.
“Breeze riders have shared their love of the program, but we’ve also heard frustrations about a confusing menu of plans and not enough daily ride time,” Mobility Manager Francie Stefan said in a press release Monday.
The current price menu has two tiers of plans: basic and premium. A basic plan, which costs $20 a month, $119 a year for nonresidents, or $79 a year for residents, includes 30 minutes a day of ride time. A premium plan, which costs $25 a month, $149 a year for nonresidents, and $99 a year for residents, includes 60 minutes of ride time. The student plan currently costs $47 for a sixth-month term and also includes 60 minutes of ride time. The hourly rate is currently $6.
The new pricing structure, which was approved by the City Council on June 14, replaces those with four pricing options: $99 a year, $25 a month, $7 a month for students, or $7 an hour for casual users. The annual and monthly passes include 90 minutes of ride time and the student membership no longer needs to be bought for a six-month period at a time.
The changes reflect overall price reductions for all but the hourly plan, which will see an increase of a $1 an hour. According to the press release, “This $1 increase from the current $6/hour matches the Breeze hourly rate with partner bike share systems in formation in West Hollywood, Beverly Hills, UCLA, and Long Beach.”
Stefan echoed the point that the new pricing structure will help with integration with other partner systems in the region.
“These changes simplify sign up for Annual and Monthly plans, and lay the foundation for a regional system where Breeze users can use their account to unlock a bike in Beverly Hills, West Hollywood, and beyond,” Stefan said.
The new pricing structure also includes a plan for employers.
“The new Breeze Bike Share Employee Benefits Program allows employers to bulk purchase Breeze Bike Share plans for their employees for as little as $19/year,” according to the press release.
“This program will encourage people working in Santa Monica to commute on Breeze to help reduce traffic congestion created by midday trips,” the release said. Companies interested in participating should contact info@breezebikeshare.com or 310-828-2525.
Breeze Bike Share, the first such system in Los Angeles County, has seen steady growth in users since it launched in November. According to the release, since its launch, the system has attracted more than 26,000 riders. Roughly 44 percent of those using the system are residents, officials said.


Jason Islas is the editor of Santa Monica Next and the director of the Vote Local Campaign. Before joining Next in May 2014, Jason had covered land use, transit, politics and breaking news for The Lookout, the city’s oldest news website, since February 2011.


(Source: http://www.santamonicanext.org/2016/07/new-pricing-structure-for-santa-monicas-bike-share-goes-into-effect-august-1/)
Posted by Anonymous at 14:00