Prof. Ethan Elkind: The Logic Of A Tesla-SolarCity Merger

The proposed merger between Tesla and SolarCity has a lot of Wall Street types grumbling.  But as I wrote a few weeks ago, the deal makes some sense in the short run and has the outside potential for major gains unlike anything we’ve seen in the energy space.
Now the Chicago Tribune spells out some of the specifics of the upside for the company, much of which is predicated on likely policy changes to solar policy in the U.S.:

Net metering rules, which require electric utilities to buy back rooftop solar from customers at retail rates, are the biggest U.S. subsidy for solar power. But as solar power spreads, the policy will begin to destabilize grid economics. Several states have reversed their rules already, most notably Nevada, where the abruptness of the turnabout left customers in the lurch with overbuilt solar systems and no way to recoup costs. Higher-capacity battery storage will eventually allow solar customers to profit from their solar systems with or without net metering. It’s investment security for the homeowner.

Essentially, Tesla is betting — with good reason — that states will likely start encouraging battery installation along with solar panels. 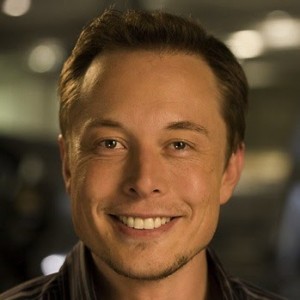 He may soon be drinking your energy milkshake
The article also notes that Tesla may be able to aggregate all of its customers’ battery power to sell this flexible resource to the wholesale electricity market to provide various grid services, distributing the revenue to its customers in the form of reduced energy bills or cash payments.

My only quibble is that the “frequency regulation” market that the article cites is lucrative but relatively small.  So the company may have better success aggregating all this flexible demand to be responsive to grid needs (essentially to match renewable generation).
So in the near term, Tesla can benefit by selling solar panels in its showrooms.  In the medium term, it can bet on battery incentives in many states and the possibility of aggregating all of its customers’ energy resources to sell to grid operators.  And in the long run, as costs continue to decline and new technologies become available, the company could very well supplant traditional utilities by managing all of your energy — and transportation — needs.
Not a bad play, all in all.