A modern update on an old technology could speed the way for electric trucks. 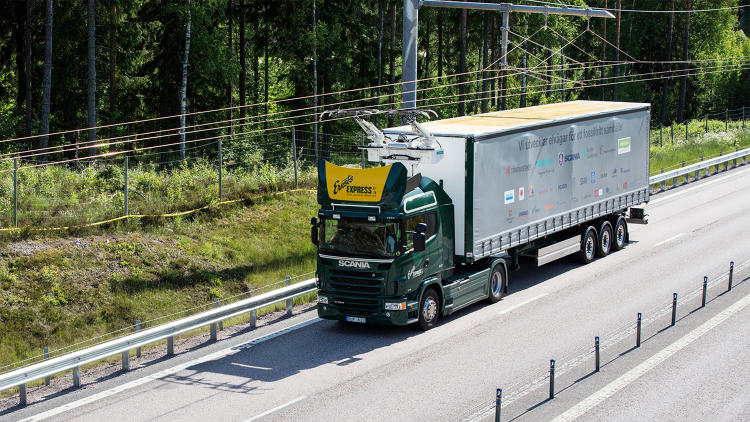 
Sweden has just opened its first "eHighway," a 1.2 mile stretch of public road that has been equipped with overhead power lines.
The eHighway is part of a two-year trial from Siemens and Scania to test the practicality of overhead power on highways used for trucks. The trucks themselves can run on electricity or diesel and can connect or disconnect form the overhead cables at speeds of up to 56 mph. Energy is also recovered from them when braking. A single 60-ton truck running on electricity is supposed to save $83,000 for every 124,000 miles driven, and its efficiency is twice that of an internal combustion engine.
The main hurdle is infrastructure. Kitting out highways with overhead lines is expensive, although it makes more sense when you consider the alternative: batteries.

Battery technology is not really an option in long haulage. In order to power something as big and heavy as a loaded truck, you’d need another trailer full of batteries, and then you’d have to add yet more power just to move that trailer. So if you want to use electric trucks you have two options.
One is to put induction chargers under the road, which means lots of digging, and lots and lots of investment. The other is to use the time-tested technology of overhead lines, which power trains all over Europe and the rest of the world. The method dates back to trolleybuses, where road-going electric buses were powered by overhead lines. Unlike these old buses, which carried a long wooden pole so the driver could re-hook the pantographs back on if they slipped off the lines, Scania’s trucks can lock onto the cables.
In the U.S., trucks carry around 70% of all cargo moved across the country, shifting around 14 billion tons of weigh annually. And yet highways only make up 5% of the country’s roads. Outfitting the highways system with overhead power certainly won’t be cheap, but it may be a lot more future-proof than batteries, because you only need to build out the power infrastructure once, instead of building it into each and every truck.
Sweden’s eHighway might not be the technology ends up proliferating, but electric-powered trucks and cars are arriving faster than expected, and something will have to replace fossil fuels eventually. Why not make the roads more like the railways? 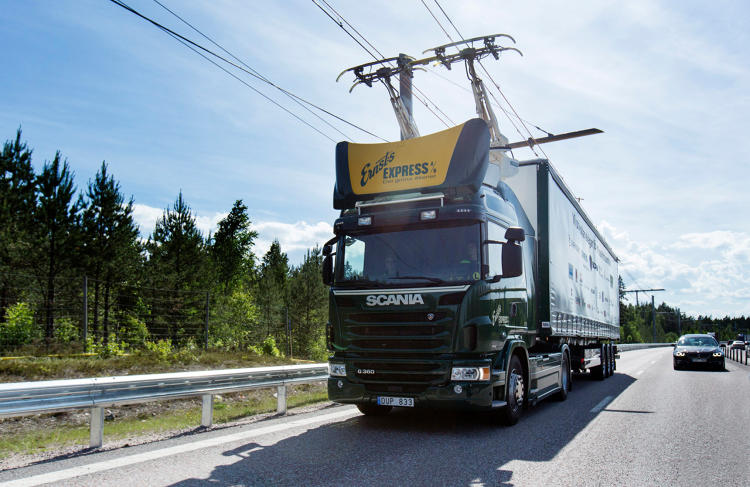 (Source: http://www.fastcoexist.com/3061372/swedens-new-ehighway-powers-trucks-with-overhead-lines/2)
Posted by Anonymous at 23:42