Now we know a solar plane works. What comes next for the future of clean aviation? 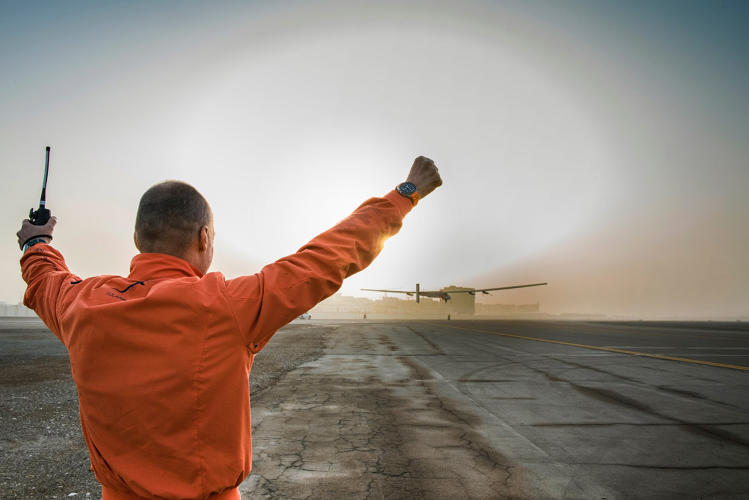 
Fifteen months after it took off, the world's first solar-powered airplane finished a 22,000-mile trip around the world. In theory, the Solar Impulse 2—covered in more than 17,000 solar cells—could have made the trip without stopping. Because it doesn't need fuel, the plane is capable of flying indefinitely.
In reality, the plane made 16 stops. "The weak link now is the pilot," says André Borschberg, one of the leaders of the Solar Impulse team, who took turns flying with Bertrand Piccard. "I did the longest flight over the Pacific Ocean, five days, five nights nonstop to get to Hawaii. The airplane was able to do it. The airplane is totally sustainable in terms of energy. The challenge was to make the pilots sustainable as well." 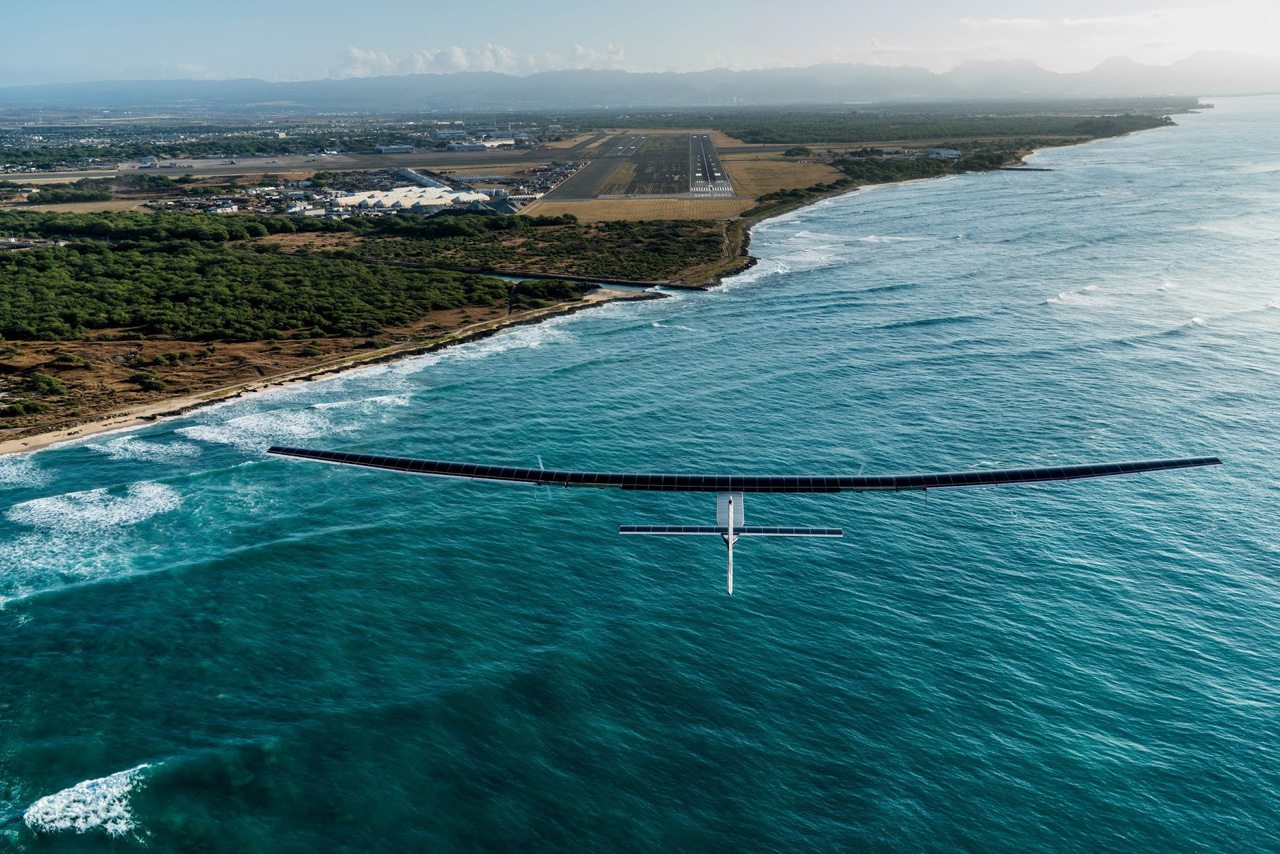 Only a single pilot can fit in the tiny cockpit of the plane, which weighs only about as much as a minivan, but has the wingspan of a 747. It took the pilots more than 500 hours to make it around the world, facing multiple challenges. On long flights, they could only nap for 20 minutes at a time. After the cross-Pacific flight, the plane's batteries were fried, delaying the trip for months.
While shorter flights could have proven that the technology worked, Borschberg and Piccard wanted to make a point in a big way: there are massive opportunities with current solar and energy efficiency tech.
"If you make one flight you cannot demonstrate it," says Borschberg. "You need to fly over the oceans day and night, many nights. There's no way you can cope with the challenge but to make the airplane energy efficient. What we want to say is that we can make our world extremely energy efficient in the same way if we use all these technologies that are in the airplane, which are now available to everyone." 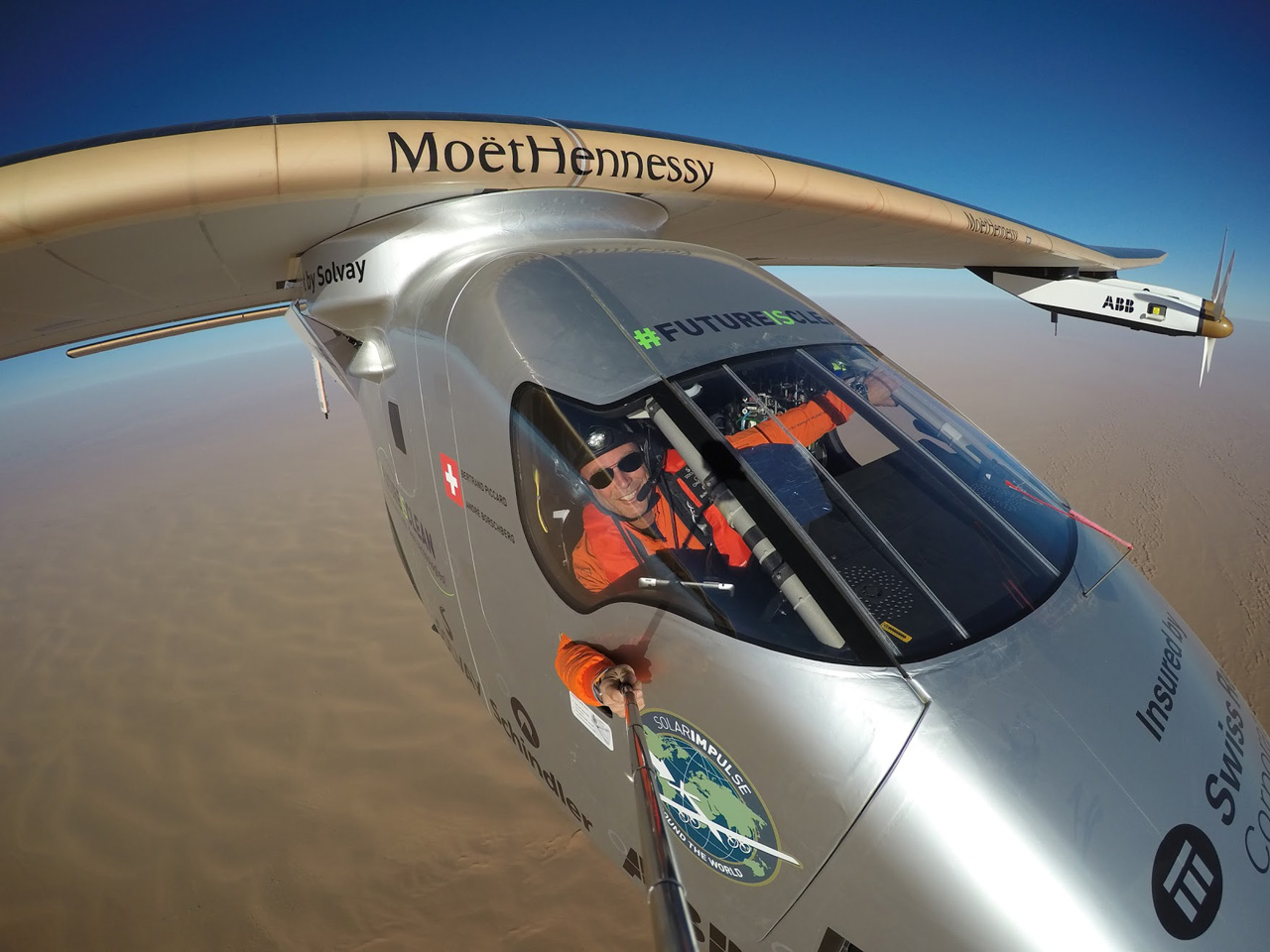 Through the project, they wanted to help kickstart change—not just in airplanes, but in transportation in general, in housing, and in all energy-consuming products.
In aviation, some of the ideas used in Solar Impulse are already being used in other projects. Airbus recently announced that it plans to build a 19-seat electric plane. NASA is working on another small electric plane. "If you think about the future of aviation, it's quite clear we will move in the direction of electric propulsion because of its efficiency," Borschberg says.
The motor in the Solar Impulse is 97% efficient, compared with about 30% efficiency in a typical car. "Seventy percent of the gasoline that you put in your tank is lost as heat," he says. "Electric propulsion is what made it possible to fly day and night." For commercial flights, where electric planes could easily land and recharge, it's likely that solar panels won't be mounted directly on the plane itself. But the solar technology in the Solar Impulse can be used for unmanned, high-altitude drones like those that Facebook wants to use to bring the internet to remote corners of the world.
"We can make a drone that flies extremely high in the atmosphere, and stays three to six months in the air nonstop to do communications, observation, measurement," says Borschberg. "Maybe in complement to what satellites are doing, or maybe taking over for satellites in a cheaper, more flexible, more sustainable way." The Solar Impulse team plans to develop their technology for drone use now.
They're also hoping that the success of their round-the-world flight inspires more people to use renewable energy in general. "If we can do it on a plane, we can certainly do it everywhere on the ground," he says.
[All Photos: via Solar Impulse]

(Source: http://www.fastcoexist.com/3062222/the-solar-impulse-plane-just-finished-flying-around-the-world-with-zero-fuel)
Posted by Anonymous at 09:34