An increasing number of people in cities are eagerly supporting new construction, saying: "yes, in my backyard." 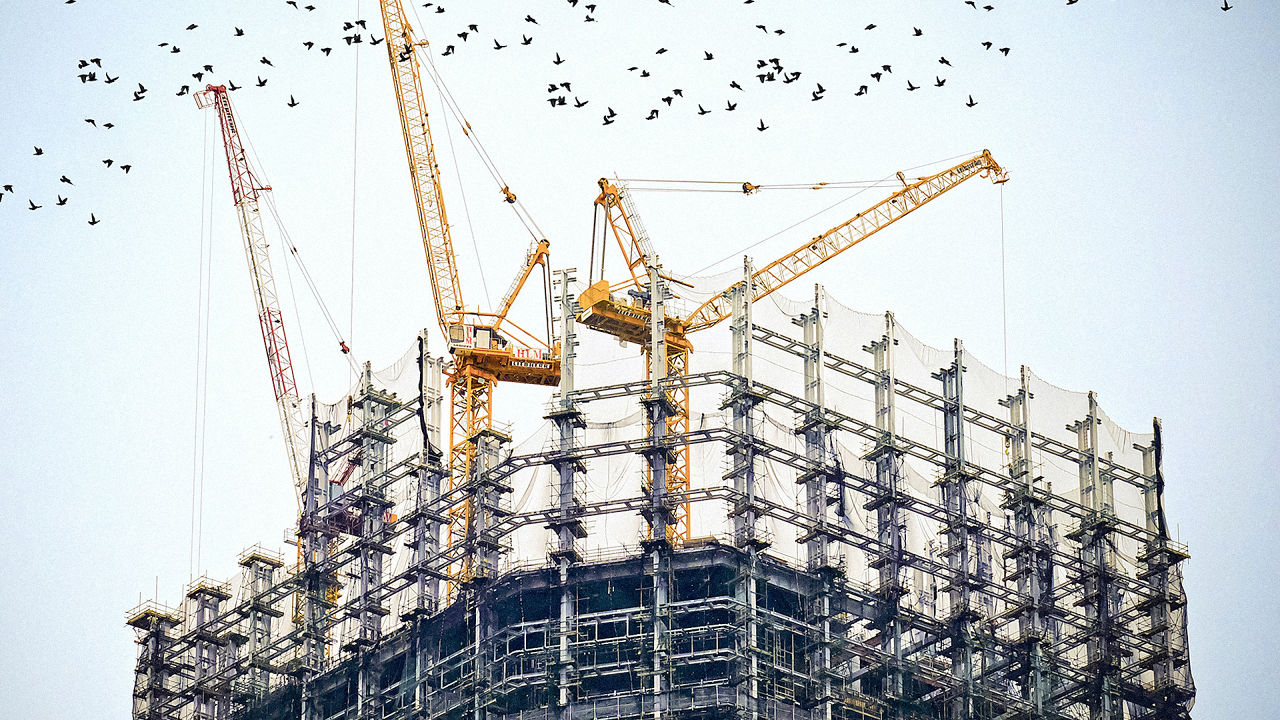 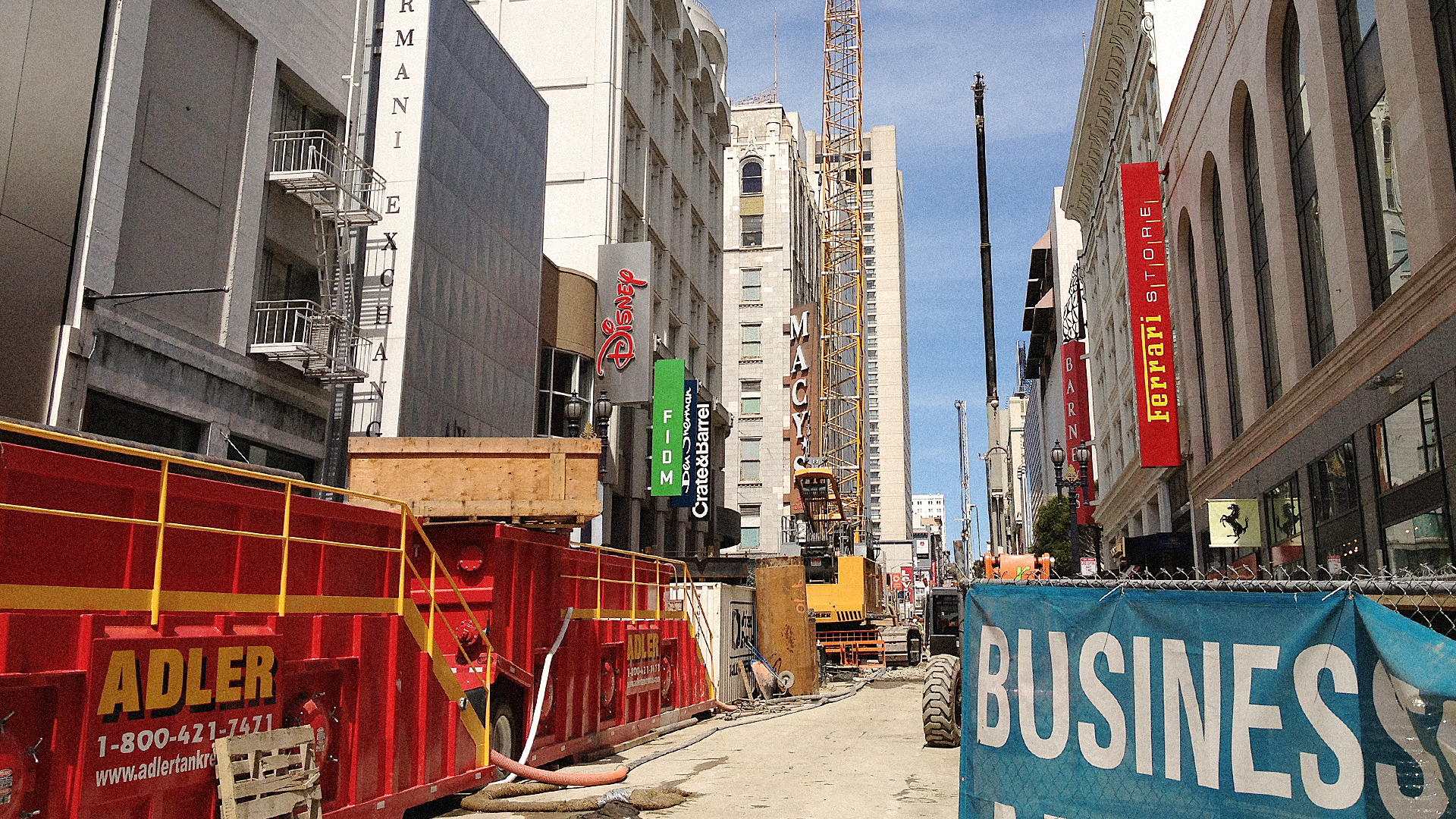 Flickr user Brian Cantoni
"A growing number of people are discontented with the future of their cities that they see crystallizing," says Mimi Mather, one of the organizers of Better Boulder, a YIMBY group in Boulder, Colorado, and one of the hosts of YIMBY 2016, aka Yimbytown, a national conference held in June.
"[YIMBY] groups are sounding the alarms that their cities are becoming increasingly exclusive and that the soul of their community—the grit, the weirdness, the vibrancy, the characters, the youthful innovation and creativity, the elders—is at jeopardy if local governments don't increase housing supplies and affordable housing options," Mather says.
Better Boulder launched around two years ago as a response to Plan Boulder, a local group opposed to development or changes in zoning. In 2015, the new YIMBY group managed to defeat two anti-growth ballot measures and elected new city council members sympathetic to development. Flickr user torbakhopper
"The beauty and the attractiveness of the YIMBY movement is that it represents a fresh perspective and voices innovative and solution-oriented calls to action," says Mather. "I think this approach—doing and embracing change, versus bitching and stalling—is attractive to young folks who are the ones feeling the pinch of skyrocketing housing costs and outdated zoning practices."
In the Bay Area, despite an increase in development last year, the number of new units being permitted falls far below the number needed to house everyone. An average of 2.7 people live in a household, but only one home is built for every five new people who move to the area. By some estimates, the nine counties in the area need to issue permits for as many as 35,000 new units every year; in 2015, there were only 20,000 permitted.
In Seattle, where a majority of the city is zoned for single family homes, YIMBY advocates are also trying to push for more density to accommodate a quickly growing population.
The pro-density movement is also growing among people who don't call themselves YIMBYs. "For a long time, we had a neighborhood group that was very pro-growth," says Ben Schiendelman, a pro-density advocate in Seattle. Economists started to get involved in the neighborhood council, along with some environmentalists—in opposition to earlier waves of environmentalists who dismissed growth as bad for the planet.
"Every time you put another dwelling unit on top of an existing dwelling unit, you're going to reduce per capita emissions," says Schiendelman. "You're going to reduce water use, you're going to reduce distance driven, you're going to decrease the cost of maintaining public health for that person, you're going to decrease how many miles of pipe that you have to mine iron to make. It's just more efficient." 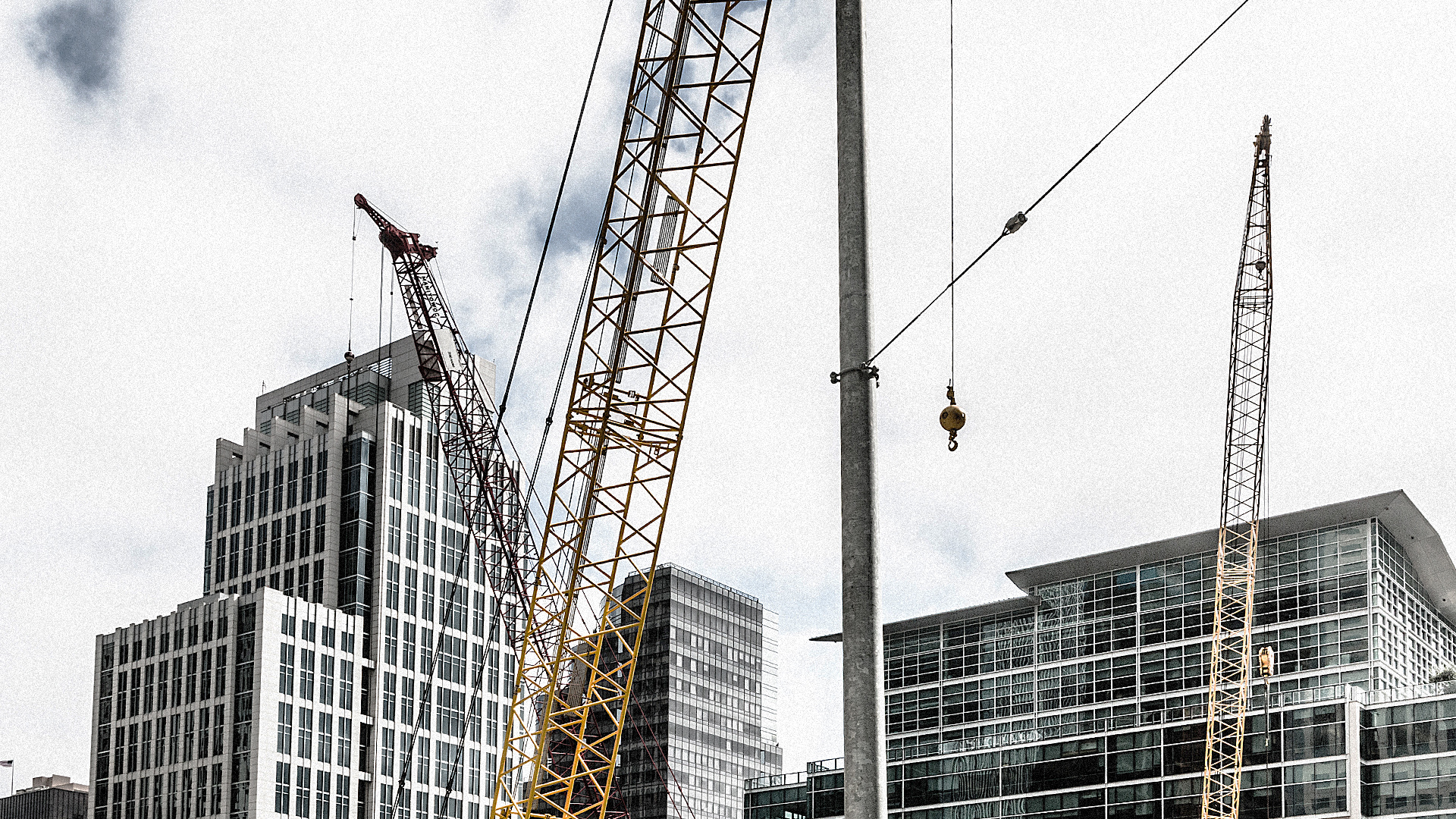 Flickr user Sharon Mollerus
While Schiendelman is sympathetic to the YIMBY movement, he thinks that their typical tactics won't do enough to solve the urban housing crisis. "I think you're going to hear people say, 'Oh yeah, we're going to build 500 units of affordable housing,' but in the time that it takes to get that one new building built, 5,000 people have been kicked out of the city," he says. "So the orders of magnitude are really important, as far as I can tell. And I think it's what gets missed."
He argues that advocates should focus their energy on court cases to try to force cities and suburbs to get rid of zoning laws completely. (A 1926 Supreme Court case that referred to apartment buildings as "parasites" decided that zoning was constitutional; advocates like Schiendelman want to see the ruling overturned.) SFBARF is currently suing a San Francisco suburb for restricting growth.
Others make the point that unrestricted growth won't necessarily solve housing problems on its own. "You get a camp of people that say all we need is market-rate housing," says Miriam Zuk, project director of the Urban Displacement Project at the University of California-Berkeley. "If we build enough housing, everybody will be housed, and it all will be fine. But if we really look at the nature of the housing crisis, and really look at different groups—with different needs and abilities to pay for housing—building right now is probably not going to serve the lowest-income population. It has never served that population very well."
In a recent report, Zuk and other researchers analyzed data about how much new market-rate housing could help with affordability. They found that it can take generations for market-rate housing to "filter" down to become affordable; building subsidized housing can have more than twice the impact. But because of the extreme housing crisis in the Bay Area at the moment, neither subsidized or market-rate housing is enough to stop displacement now.
"It's an issue of scale, and the fact that any kind of development takes time," says Zuk. "We're not basically going to develop a whole new city overnight—nor do we want to. We want the time and thought and rigor of evaluating proposals and making sure that they're done well so that they're safe and healthy places to live in." Development approved now could take decades to fully have an effect.
"Certainly, we need other things, like tenant protections—things like rent control, things that somehow are able to intervene in the market in a way to make it affordable for people," she says. Still, while she says that there's a critical need for affordable housing advocacy—and more nuance in the conversation—she thinks YIMBYers are playing a useful role.
"There's a push for more development—more so than we've seen in many years, and that's good," she says.
Trauss says that it's something many people tell her they have wanted to support, but hadn't necessarily had an outlet for in the past. "People have been really excited—not just in San Francisco, but nationally—when they find out, 'Oh my God, there's a club I can join that's pro-building,'" she says.
"I think it's just an idea whose time has come," she says. "It's been too long that there's not been enough."
Have something to say about this article? You can email us and let us know. If it's interesting and thoughtful, we may publish your response.

(Source: http://www.fastcoexist.com/3061595/the-pro-growth-yimby-movement-is-growing?utm_source=mailchimp&utm_medium=email&utm_campaign=coexist-daily&position=1&partner=newsletter&campaign_date=07112016)
Posted by Anonymous at 14:19