Co.Exist: In Amsterdam, Researchers Are Testing A Flower Grown To Suck Up Smog

A new type of honeysuckle, called Green Junkie, may work as an urban air filter. 
Next to a busy residential street in Amsterdam, a series of plant-filled tubes is part of a new experiment that asks: Can specially grown flowers suck more smog from the air?
Researcher measuring how a new type of honeysuckle might be able to work as an urban air filter. While ordinary plants work pretty well to absorb pollution—some grasses and ivy, planted in the right place next to traffic, can reduce nitrogen dioxide by 40% and particulate matter as much as 60%. The plant, a version of honeysuckle called Green Junkie, may potentially do better. 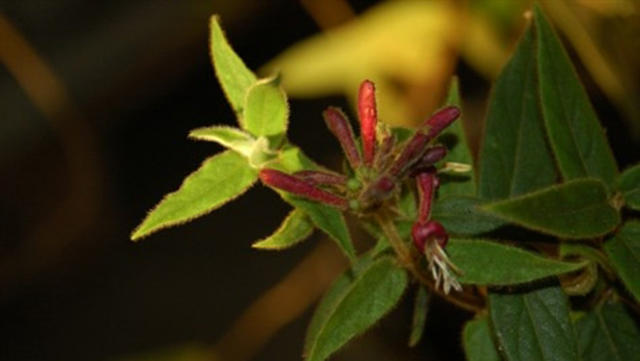 The flower is cultivated to amplify its natural smog-sucking tendencies. "The parts of a plant that pick up air pollution out of the air are the 'hairs,' so what they've changed for this honeysuckle is that they've made it very, very hairy," says Emily Parry from AMS Institute, an organization that helps foster solutions for urban problems in Amsterdam.
MyEarth, a local company, proposed the pollution-eating plant in 2015, and got support from AMS to develop it. By using a custom organic fertilizer, made from plant waste from Amsterdam streets, the company says it has been able to make the plant "crave" more carbon dioxide. The nutrient-rich mixture switches on a gene that makes the leaves both hairier and larger. "It stimulates them to be super-fast growers," says Parry.
After successful tests in the lab, the team is now studying it on the type of street where it may eventually be used.
"Plants are living organisms, and weather is so changeable, that's something very difficult to simulate in the lab," says Parry. "Out in the open, you might have kids kicking their ball against the plant, or maybe people will start picking flowers. It's really exciting to see what will happen."
The city is also working on bigger approaches to pollution. Over the next decade, Amsterdam plans to eliminate emissions from traffic in the city. The city bus fleet is shifting from diesel to electric and will be powered by solar and wind by 2025. Electric cars get incentives now; in a decade, sales of gas-powered cars will be banned. Deliveries will happen in electric vehicles. But in the meantime, like other cities, Amsterdam struggles with smog. The new plant is one attempt to help right now.
"Naturally, if you really want to conquer air pollution, you'll have to start with driving fewer cars," says Parry. "But that takes more time to accomplish."
Researchers from Wageningen University, who are studying the plants, are cautious about the potential benefits of the flowers. Even if the honeysuckle can catch larger particles of pollution more effectively than other plants, it may not have a huge impact on overall air quality.
"If there's a tree that collects one kilogram of pollution per month, but air pollution is 1,000 kilograms, then what is this one kilogram?" says Bert Heusinkveld, an air quality researcher at the university. "You will see it on a microscope and may conclude it looks great, but still, more than 99% of the pollution is in the air and not collected." By this fall, the researchers should better understand how much the plants can help.

The Source: http://www.fastcoexist.com/3061328/in-amsterdam-researchers-are-testing-a-flower-grown-to-suck-up-smog)
Posted by Anonymous at 16:15