Co.Exist: Elon Musk's Master Plan Confirms What We Already Know About The Future Of Cities

If Tesla can pull off creating a system where they're powering your car and controlling a city-wide fleet of autonomous vehicles, it will be a business coup—but none of its parts are particularly original ideas. 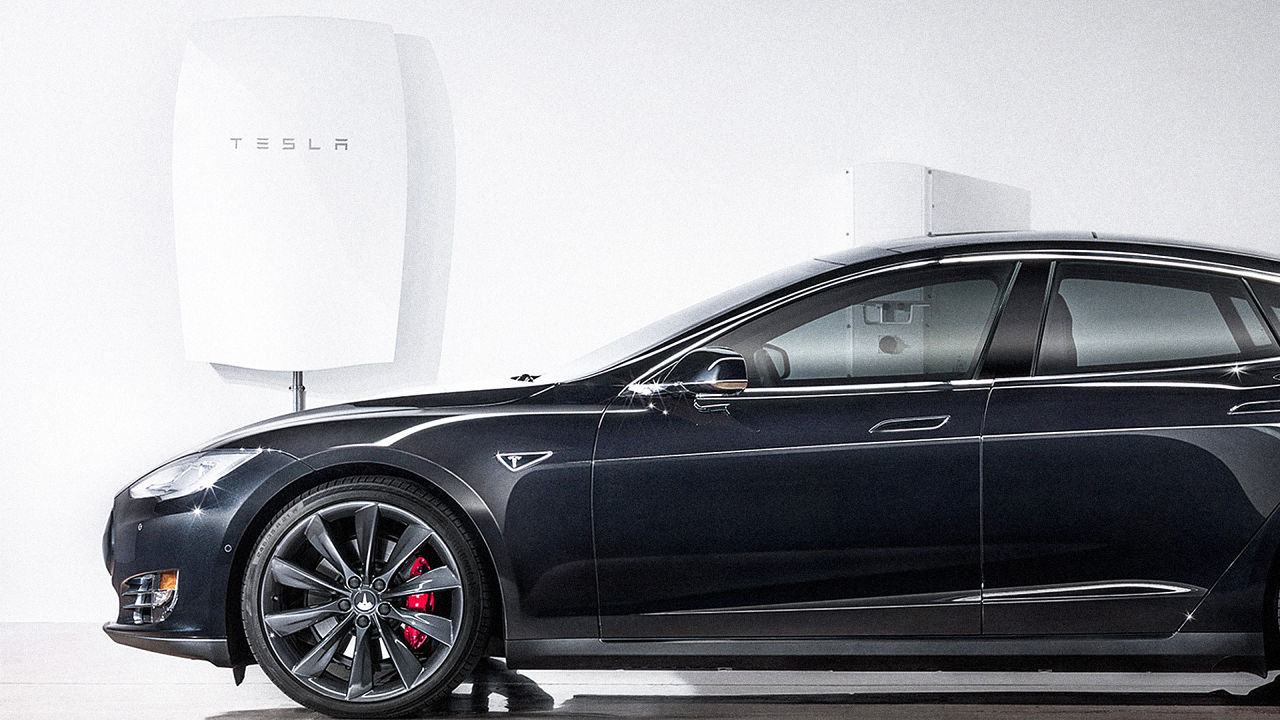 
Elon Musk has published part two of his Tesla Master Plan, 10 years after the first. The plan outlines Tesla’s future, presumably for the next decade. It's an impressive business plan: Musk proposes Tesla will control the energy of our homes and the transportation infrastructure of our cities. But unlike the first master plan—when the idea of making electric cars a popular offering seemed downright audacious—this current master plan lines up pretty squarely with lots of other projects and visions for the future of cities. If you're a car company and you weren't planning for a future pretty close to this one, you've already made a mistake.
The plan has three key elements:
The first is obvious to anyone reading recent news about Tesla. Tesla offered to purchase SolarCity last month, and both companies have been working closely for a long time (SolarCity was co-founded by Musk’s cousin). The future plan is to integrate solar power and battery technology, making a drop-in option for anyone to go off the grid—a quest that most solar companies are working on, because the true key to renewable energy is storage. Tesla will "create a smoothly integrated and beautiful solar-roof-with-battery product that just works, empowering the individual as their own utility, and then scale that throughout the world," says Musk.

The point of all this was, and remains, accelerating the advent of sustainable energy, so that we can imagine far into the future and life is still good. That's what "sustainable" means. It's not some silly, hippy thing—it matters for everyone.

Next up is the expansion from private passenger cars to other forms of transport. "With the Model 3, a future compact SUV and a new kind of pickup truck, we plan to address most of the consumer market," writes Musk. There is no plan for a cheaper car, because another part of the plan (which we'll get to) is that the cars will literally pay for themselves.
But maybe the biggest ambition is for goods vehicles, and mass transit. The company has a Tesla Bus and the Tesla Semi in the early stages of development, and should be ready to show next year. Of course, many companies are working on autonomous trucks. In fact, the rise of autonomous trucking is one of the main early fears for the potential economic damage of autonomy. 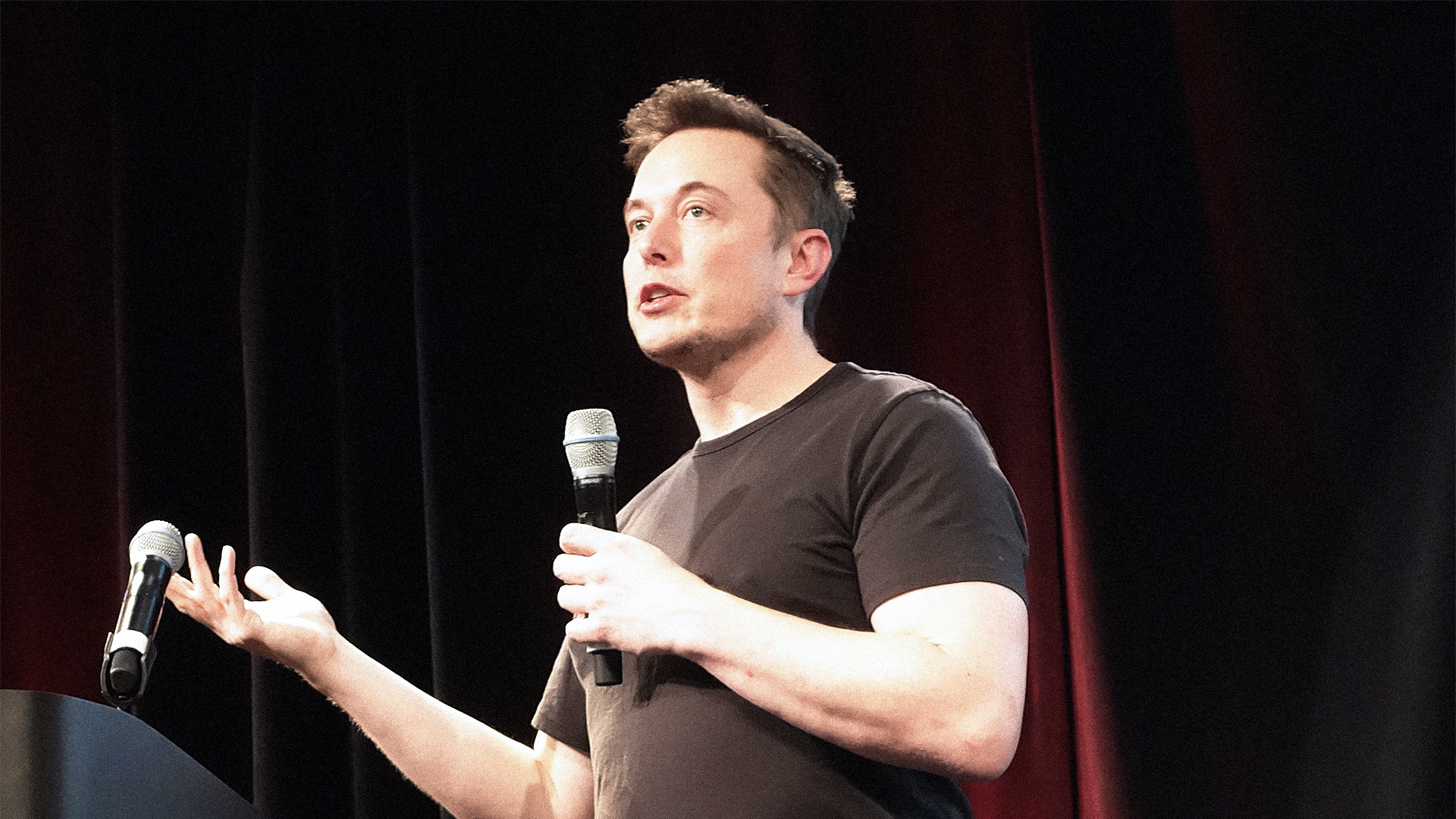 Flickr user Steve Jurvetson
For the buses, Musk plans to "shrink the size of buses and transition the role of bus driver to that of fleet manager." This would eliminate central aisles, allowing more seats and increased passenger density. Smaller buses also means that they can drive more like cars, "matching acceleration and braking to other vehicles, thus avoiding the inertial impedance to smooth traffic flow of traditional heavy buses." Again, robot buses are on the horizon already.
Another feature is summoning buses by app, or by hitting a button at the bus stop, like calling for an elevator, or activating a pedestrian crossing light. On-demand buses are being worked on in many places, and are a part of Helsinki's plan to eliminate the need for private car ownership by 2025
Next up is autonomy, and Musk goes in hard, making a reference to the recent death of a Tesla driver when his car crashed while in Autopilot mode.

I should add a note here to explain why Tesla is deploying partial autonomy now, rather than waiting until some point in the future. The most important reason is that, when used correctly, it is already significantly safer than a person driving by themselves and it would therefore be morally reprehensible to delay release simply for fear of bad press or some mercantile calculation of legal liability.

Musk sees the future as not only safer, but more convenient, and cheaper. The convenience comes from being able to summon your car at the touch of a button, and then reading, or catching up in funny cat videos as you ride to your destination, a passenger in your own car. Your car will pay for itself too:

You will also be able to add your car to the Tesla shared fleet just by tapping a button on the Tesla phone app and have it generate income for you while you're at work or on vacation, significantly offsetting and at times potentially exceeding the monthly loan or lease cost.

Because you only use your car for 5-10% of the day, there’s a lot of time that it could be out earning itself a living. And those earnings should be enough to cover the cost of an expensive Tesla for those who can't afford it. I do wonder, though, how many owners will send their cars out to be used as taxis? After all, if you spend all that money on a nice Tesla, will you really want it to pick you up from work filled with empty beer cans?
But Tesla even has that covered. "In cities where demand exceeds the supply of customer-owned cars, Tesla will operate its own fleet, ensuring you can always hail a ride from us no matter where you are," writes Musk.
Musk has a pretty good track record of delivering on his predictions, as you’ll see if you read his 10-year-old Secret Tesla Motors Master Plan. How will this round pan out? Perhaps only a personality like Musk's will be able to make this happen (and have it all come from one country). But it doesn't take much of a visionary to predict that this is what the future will be: it's the future a lot of people are working on.

(Source: http://www.fastcoexist.com/3062054/elon-musks-master-plan-confirms-what-we-already-know-about-the-future-of-cities)
Posted by Anonymous at 00:28