Co.Exist: Electric Bikes Are Good For Your Health, Just Like "Real" Bikes

A study shows that some workout is better than none, for all you lazy commuters. 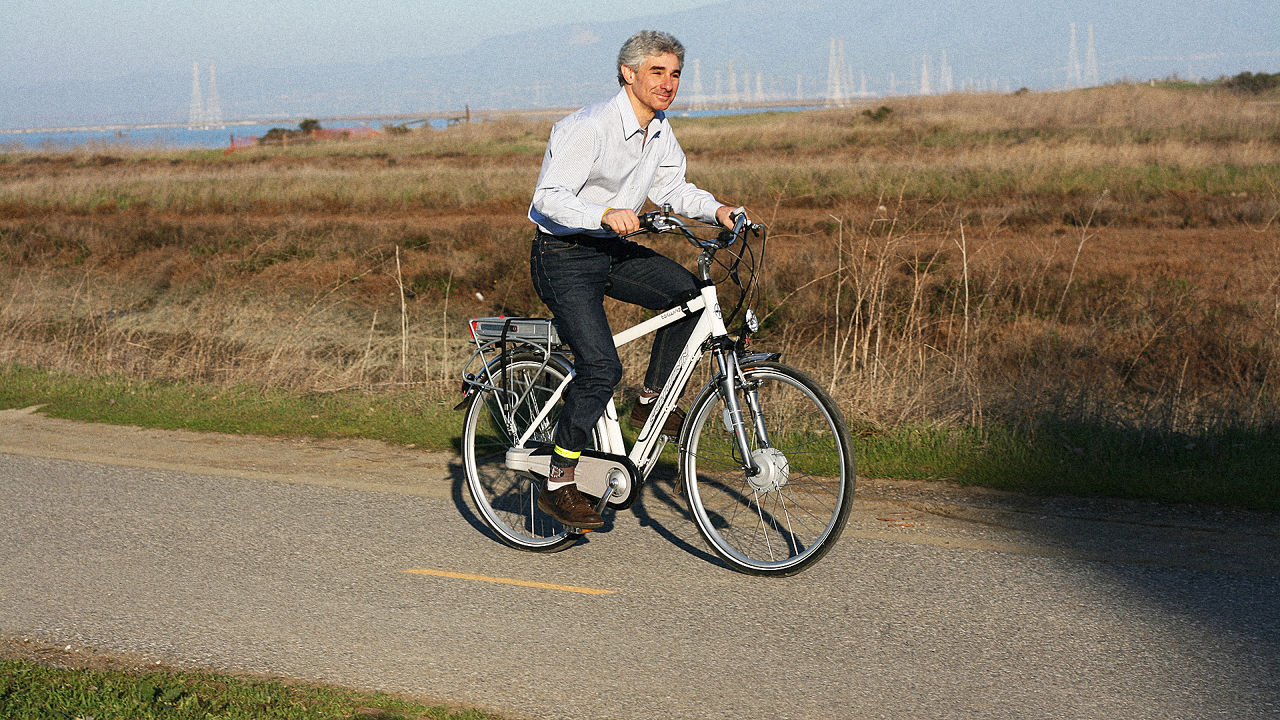 
People often perceive e-bikes as bikes for the lazy. But while they may not be as great exercise as regular bikes, they're still a whole lot better than driving.
A new study from the University of Colorado, Boulder, shows how regular use of an electric bike improves fitness and cardiovascular health.
For the tests, 20 "sedentary commuters" were told to commute to work by e-bike at least three times per week, for 40 minutes a day. They wore a GPS tracker and a heart-rate monitor. The bicycles they used were electric-assist models, called pedelecs, which use an electric motor to boost the rider’s own strength. You still pedal, but it’s a lot easier—a hill feels like a flat stretch, for example. The bikes in the study provide assistance up to 20 miles per hour. Above that, it’s leg-power only. According to the GPS trackers, the participants averaged 12.5 mph.
After a month of this, health tests showed the subjects had better cardiovascular health, more aerobic capacity, and improved blood sugar control compared to before. "Pedelecs are an effective form of active transportation that can improve some cardiometabolic risk factors within only four weeks," concludes the study.
The University of Colorado study shows the benefits of folding exercise into everyday life. "Commuting with a pedelec can help individuals incorporate physical activity into their day without requiring them to set aside time specifically for exercise," lead author James Peterman told the Colorado University newsroom.
The study also has a real-world component. It was partially funded by the city of Boulder, in order to help decide whether to allow pedelecs onto the city’s bike paths. Given that a pedelec has most of the advantages of a regular bike, all while traveling at the same speed, and taking up the same space as a regular bike, it’s hard to see why they shouldn’t be allowed. Especially if it gets more people riding.

(Source: http://www.fastcoexist.com/3061822/electric-bikes-are-good-for-your-health-just-like-real-bikes)
Posted by Anonymous at 16:43