Co.Exist: Building Bike Lanes Really Does Get More People Out Of Their Cars

Evidence from Montreal shows a shift from cars to bikes wherever new infrastructure was built. 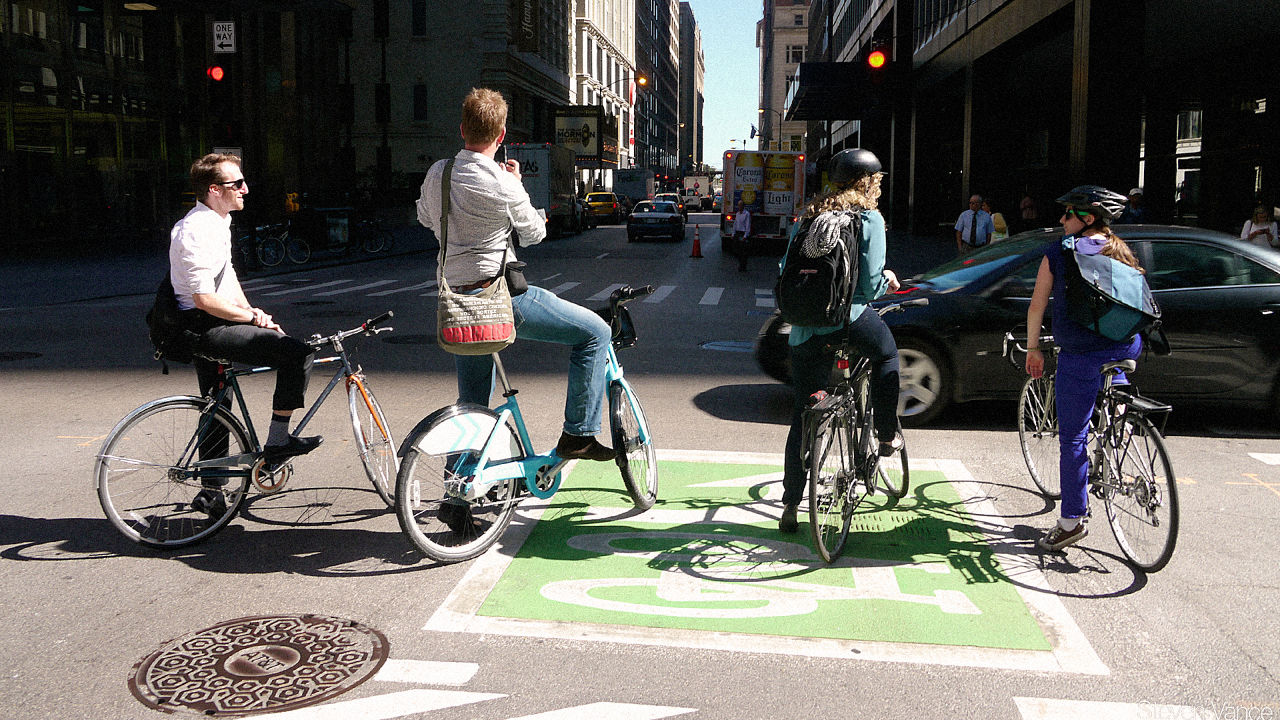 
It might seem obvious that building bike lanes would make more people ride bikes in a city, but intuition and hunches won’t convince local government to build them. Science, on the other hand, might. And researchers at McGill University have just published a new study detailing how better bike infrastructure encourages people to ditch their cars and commute by bike, cleaning up the city’s air in the process. 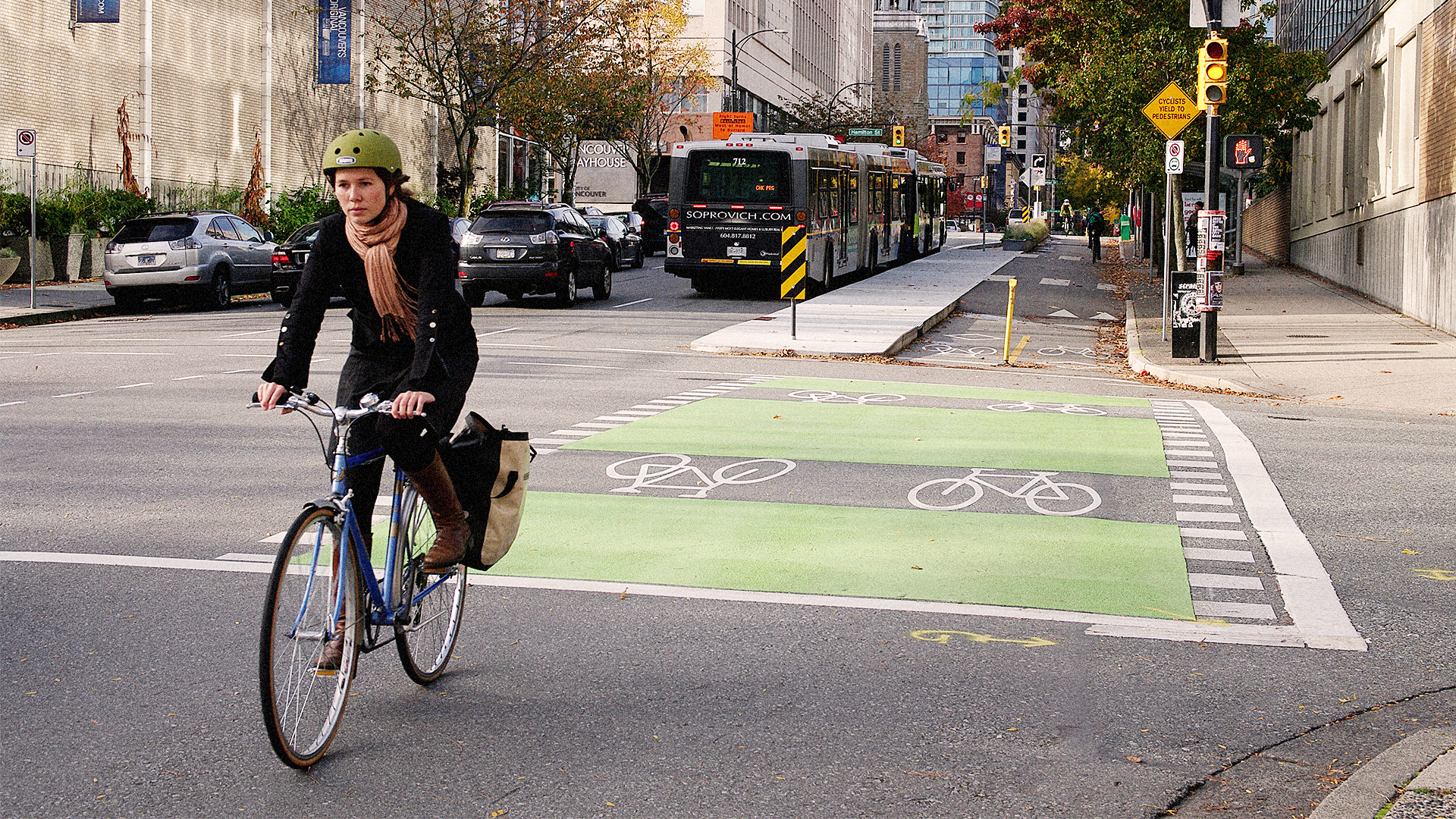 Flickr user Paul Krueger
The team looked at its own city, Montreal, for the study. It compared car and bike trip information from 1998, 2003, and 2008, along with changes in the "built environment," i.e. the increase in bike lanes and other bike-friendly changes. The results showed that building bike lanes definitely increases ridership and reduces car commuting, which in turn leads to cleaner air.
It’s a useful figure to have, because pretty much everyone can agree that cities need cleaner air, even while car advocates fight cycling groups for use of the roads. Framing bike use as a way to clean up a filthy, polluted atmosphere may be a stealthy way to nudge cars out of our cities.
Not that McGill’s results were that great. While the figures do show a shift from car commuting to bike commuting, the numbers themselves are quite small: A 10% increase in bike accessibility resulted in only a 3.7% increase in ridership. 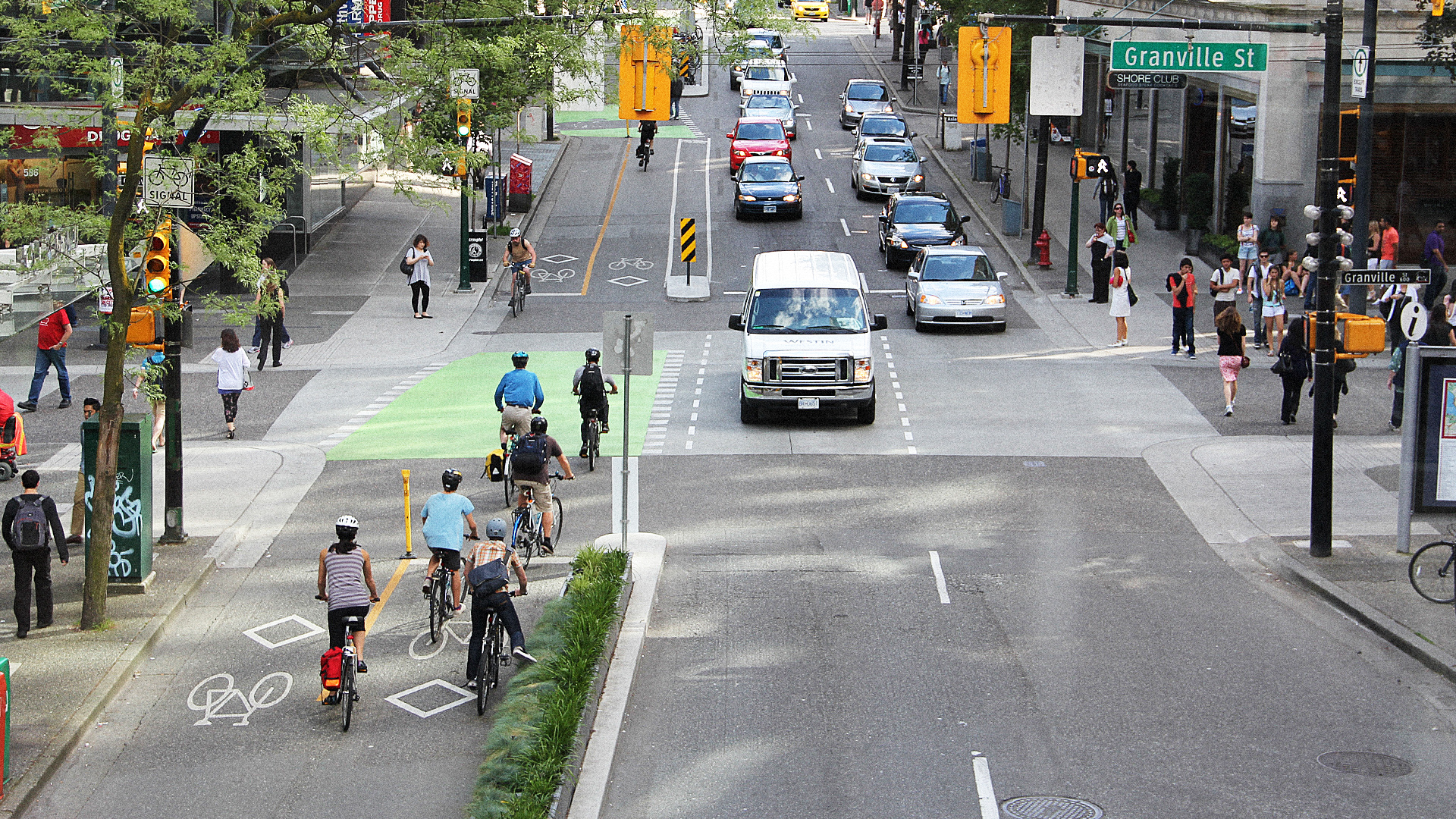 But there were also environmental benefits. For instance, while cycling infrastructure also reduced greenhouse gas emissions from cars by 1.7%, a reduction equivalent to converting transit buses to hybrids and electrifying commuter trains.
Real-life studies that look at the longer-term effects of infrastructure change like this are important, because they give concrete results that can be used to prove that making cycling safer and easier does indeed lead to reduced car use. And that’s not just good for the air, it’s good for our health, the economy and even good for the people who insist on still using their cars.

(Source: http://www.fastcoexist.com/3061757/building-bike-lanes-really-does-get-more-people-out-of-their-cars)
Posted by Anonymous at 13:24