Phil Washington outlines the latest version of Metro’s sales tax expenditure plan. Photo: Joe Linton
In a press briefing this afternoon, Metro CEO Phil Washington announced the latest changes to Metro’s planned November sales tax ballot measure. The proposal, which Washington calls “the most comprehensive in the country,” will be voted on by the Metro board in late June.
The biggest change today is that sales tax will have no sunset. Metro’s earlier expenditure plan would have lasted for only 40, 45 or 50 years. Washington’s “once and for all” new sales tax would continue indefinitely.
The lack of a sunset allows for better financing, especially in later years. This frees up monies to accelerate projects, both rail and highway, and to add a few new projects. Accelerated projects would include: Orange Line grade separation, Green Line to Torrance, West Santa Ana Branch rail, Gold Line extension east, Crenshaw North, and other projects. 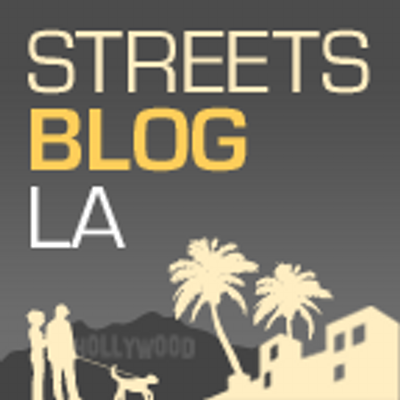 The new plan also shifts funds slightly in a few categories, including increasing funds for local return and Metrolink. The new version of the plan increases local return from 16 percent to 17 percent, with a later increase to 20 percent in 2040. Metrolink funding would be increased from one percent to two percent. Administration and rail construction would be reduced by one percent each.