“Infrastructure of Things” Questions Traditional Roles of Public, Private Sector in ITS

San José, CA – The second day of ITS America 2016 San José was labeled the “Infrastructure of Things,” which featured sessions and presentations focused on “Wheels & Things”—the previous day’s theme— and how they interact, including physical hardware (e.g. lights and poles, signs, medians, loops, etc.) and software (wirelines and wireless).

Students from the Detroit area, who participated in Monday’s NextGen Workforce session, were on stage prior to the keynote showcasing the connected and autonomous vehicles they built utilizing 3D printer technologies during Mobile Comply’s V2X connected vehicle laboratory. Elaina Farnsworth, Chief Executive Officer at Mobile Comply, kicked off the keynote session saying more opportunities like that need to be offered to ensure a strong transportation workforce.  Following Farnsworth was Praveen Singh of Lear Corporation, the day’s sponsor, offering his thoughts on the need for the transportation industry to continue its focus on safety.

US Telecom Association’s President and Chief Executive Officer Walter McCormick joined the stage after Singh to introduce and interview Norman Mineta, former Secretary of Transportation and Secretary of Commerce. Mineta shared about his experience in office on and after 9/11 as well as his thoughts on what transportation needs to do now to prepare for the future. He applauded Silicon Valley for its collaborative environment and encouraged other communities to model it, saying that type of sharing among companies will drive innovation and implementation faster than working in silos.

As the keynote, Jim Zemlin, executive director of The Linux Foundation, summed up his perspective on the use of open source software by declaring that “open is here to stay.” He said the transportation options in our future are going to be so complex that no single company will be able to support the necessary infrastructure all by itself. He also declared that the transportation industry is becoming the software industry, encouraging companies to ask themselves how they are using research and development while policy makers need to be asking how they are supporting it.

Zemlin said open source projects are the roads and bridges of the Internet, and need to be maintained. His organization is collaborating with a number of transportation and technology companies as well as the White House to create a culture where writing secure code is the norm, reducing opportunities for security threats. Collaboration through open source is critical to the success of that culture, and he believes key to that will be helping intellectual property lawyers understand the differences and advantages offered through the licensed and unlicensed spectrum.

*** Credentialed Media must register at www.ITSAmericaRegistrationPortal *** 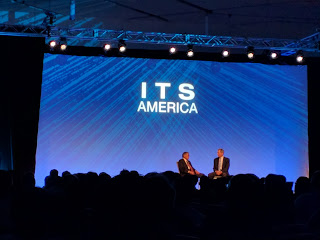 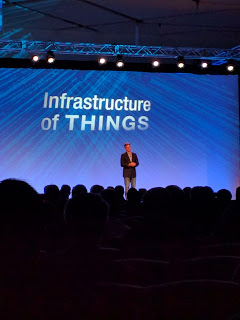