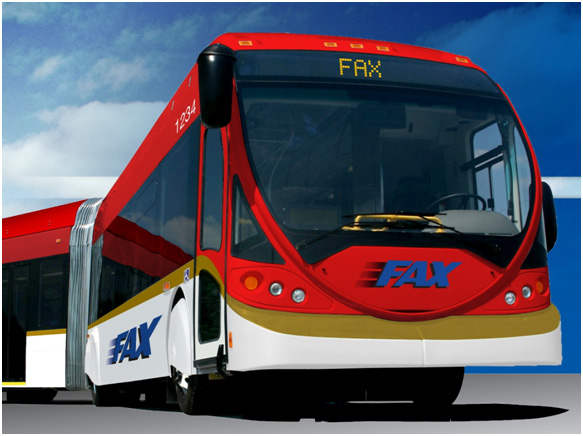 “This project has been a long time in the making dating back to 2006 when the City first pursued grants to fund the project. I’m so pleased to see construction finally begin,” said Mayor Swearengin. “Improving public transit in our community has been a high priority during my Administration. When completed, the Bus Rapid Transit system will not only provide greater service reliability and increased customer convenience, it will also help promote revitalization and development opportunities throughout Fresno.”

The system will feature a total of 27 stops, and will serve major shopping centers, hospitals, and other significant destinations in the City of Fresno. The transit line will connect all major north-south corridors, Blackstone Avenue, and a major east-west corridor, Ventura Avenue and Kings Canyon Road through downtown Fresno.

“While our Bus Rapid Transit system will offer a fast and reliable service along the busiest transit corridors in Fresno, BRT is not just about transit service," said City Manager Bruce Rudd. "We’ve also changed the land use regulations along the BRT routes so property owners have a lot more flexibility on how they can develop their property. By combining land use and transportation plans, we’ve got the right tools in place to spur infill development and revitalization."

Construction is set to begin mid-June 2016 with a projected date for start of service for Fall 2017.