Co.Exist: The Forgotten Space Under This Sao Paulo Highway Will Become A Hanging Garden And Park

Think of it as the upside down High Line 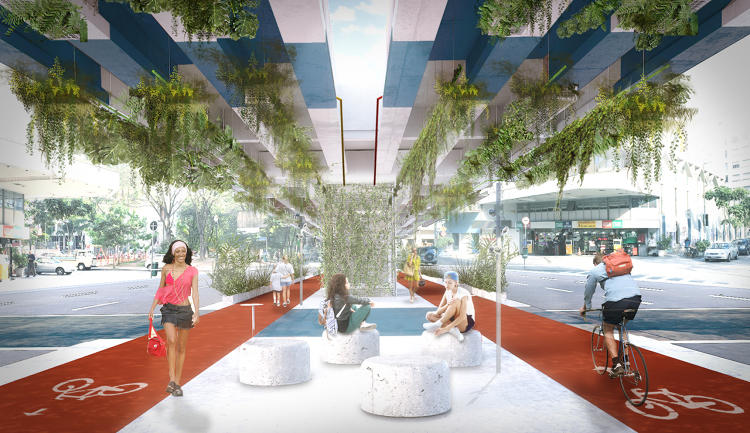 When an elevated highway was built in the middle of downtown São Paulo in 1971, the city said it was attempting to improve traffic. Instead, congestion got worse. The two-mile stretch of road, called Minhocão ("Big Worm") is now one of the most polluted parts of a city where smog kills thousands of people a year.
For years, people have debated what to do about the highway; some want to tear it down, while others want to turn it into a version of New York City's High Line. As early as the 1980s, because of complaints about noise, the road was closed to traffic at night and on Sundays, becoming a temporary, unofficial park. 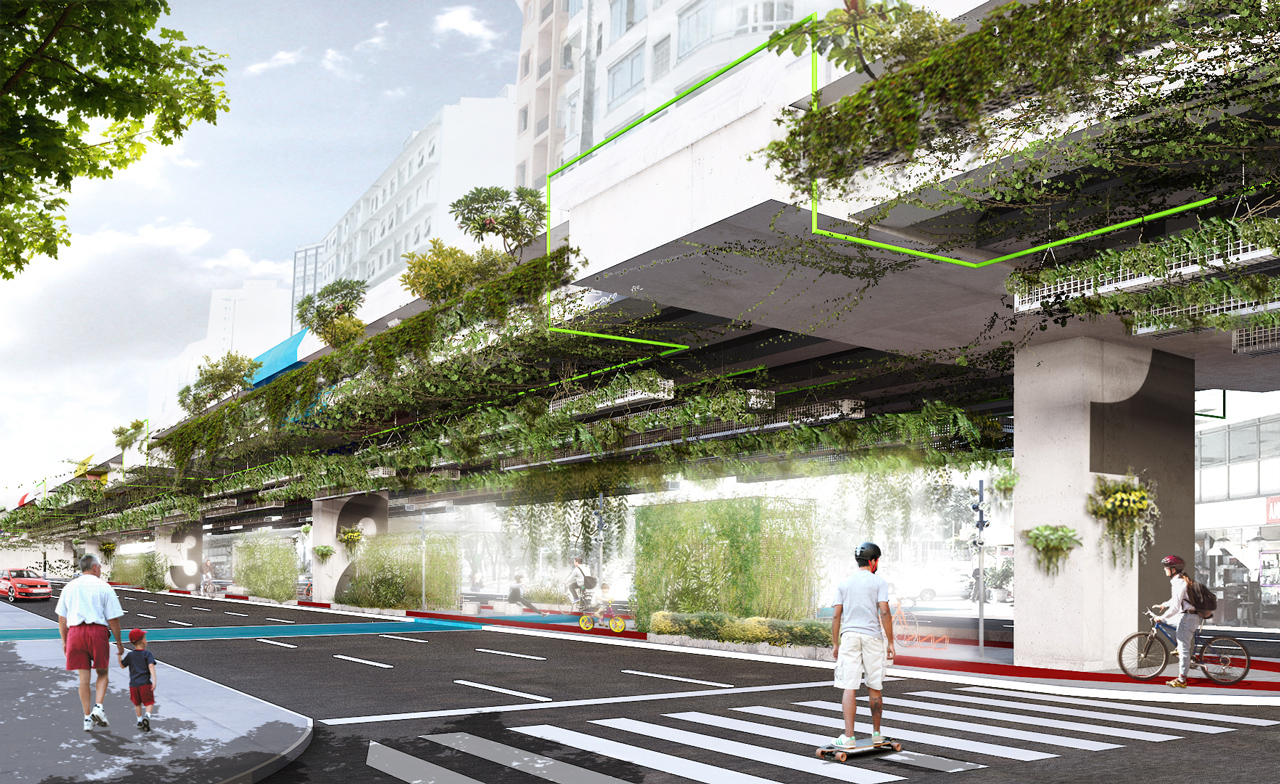 In four years, the city has a deadline to decide the ultimate fate of the road, and in 16 years, it will have to implement it. In the meantime, a group of designers plans to transform the space below the highway.
"This forgotten place has huge potential thanks to its location close to a university, offices, and bars," says Margaux de Noiron, communications manager for Triptyque, an architecture firm based in Brazil and France. "We learned it is the most polluted place in the city. So, we proposed a solution to clean and to revitalize the place to give it back to the people." 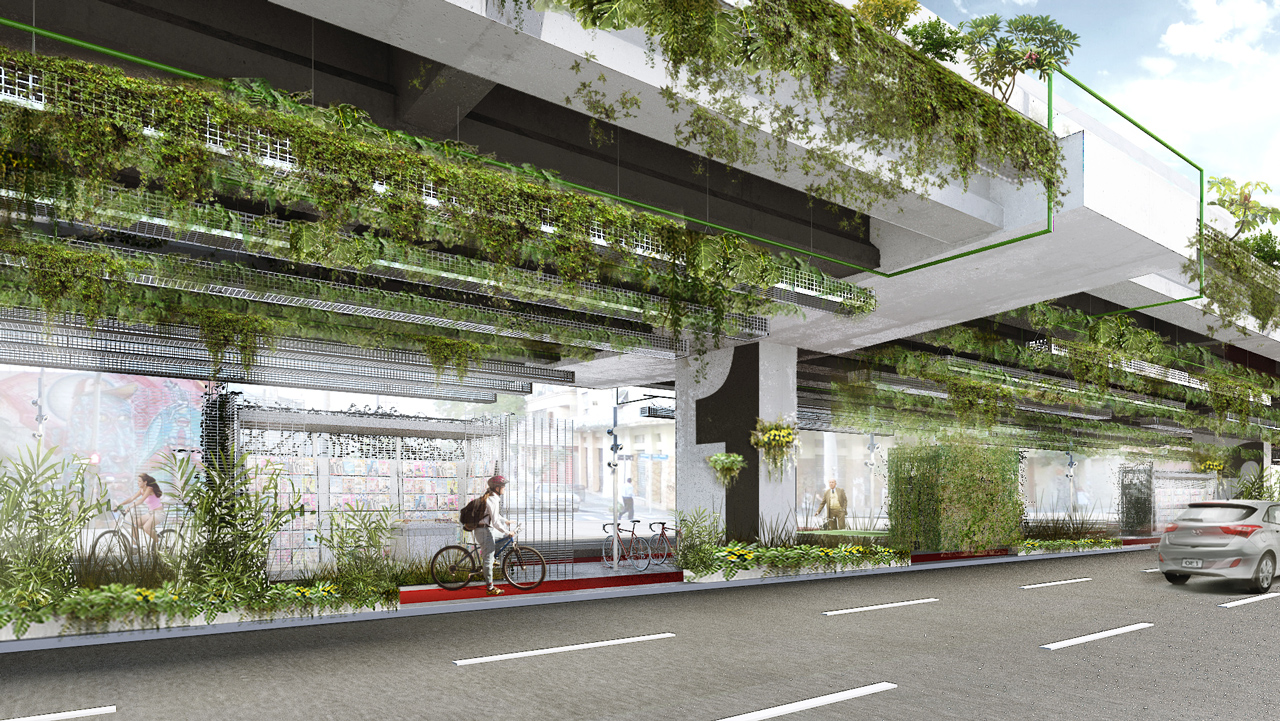 In the design, made with input from community members and in partnership with Guil Blanche, a landscape designer who builds green walls, the extra-wide median barriers in the highway will be sliced up to bring light into the dark area under the concrete. Sections between the highway pillars will be filled with art, food, services, and shops. Directly under the highway, the designers plan to plant a hanging garden, which they've calculated can filter out as much as 20% of the air pollution in the area.
"Right now the place is quite hostile because of the lack of light, the dirt, and the noise of the cars," says de Noiron. "By opening the [highway] and letting in the light, cleaning the place with paint, setting up hanging gardens and welcoming activities such sport, culture, innovation, and shops, we will bring back life to the place."


(Source: http://www.fastcoexist.com/3060433/the-forgotten-space-under-this-sao-paulo-highway-will-become-a-hanging-garden-and-park?utm_source=mailchimp&utm_medium=email&utm_campaign=coexist-daily&position=5&partner=newsletter&campaign_date=06032016)
Posted by Anonymous at 13:11