VTA's Next Network project is an analysis of how VTA can redesign its transit network and is one component of the Transit Ridership Improvement Program.  The Transit Ridership Improvement Program is an agency-wide effort to make public transit faster, more frequent and more useful for Santa Clara County travelers.  The Next Network project concerns VTA's transit operations and seeks to:
Changes to the transit network as part of Next Network would go into effect with the next two-year transit service plan in July 2017.

To start the conversation about how VTA's Next Network should be designed, VTA hired Jarrett Walker and Associates, an international transit network design firm, to assess VTA's current service. That assessment, titled the Transit Choices Report, identifies several changes that VTA may choose to make in order to increase ridership, improve its farebox recovery rate, be more useful to riders and lower barriers to using transit.

The report also starts a conversation about the purpose of public transit--whether it is to maximize ridership or maximize access to transit service. How VTA chooses to balance those competing goals will determine the design of VTA's next transit network. Jarrett Walker and Associates worked with VTA to develop three network design concepts that show how the network could be designed depending on how VTA balances the ridership and coverage goals.


Click the image below to take the Transit Choice Survey. 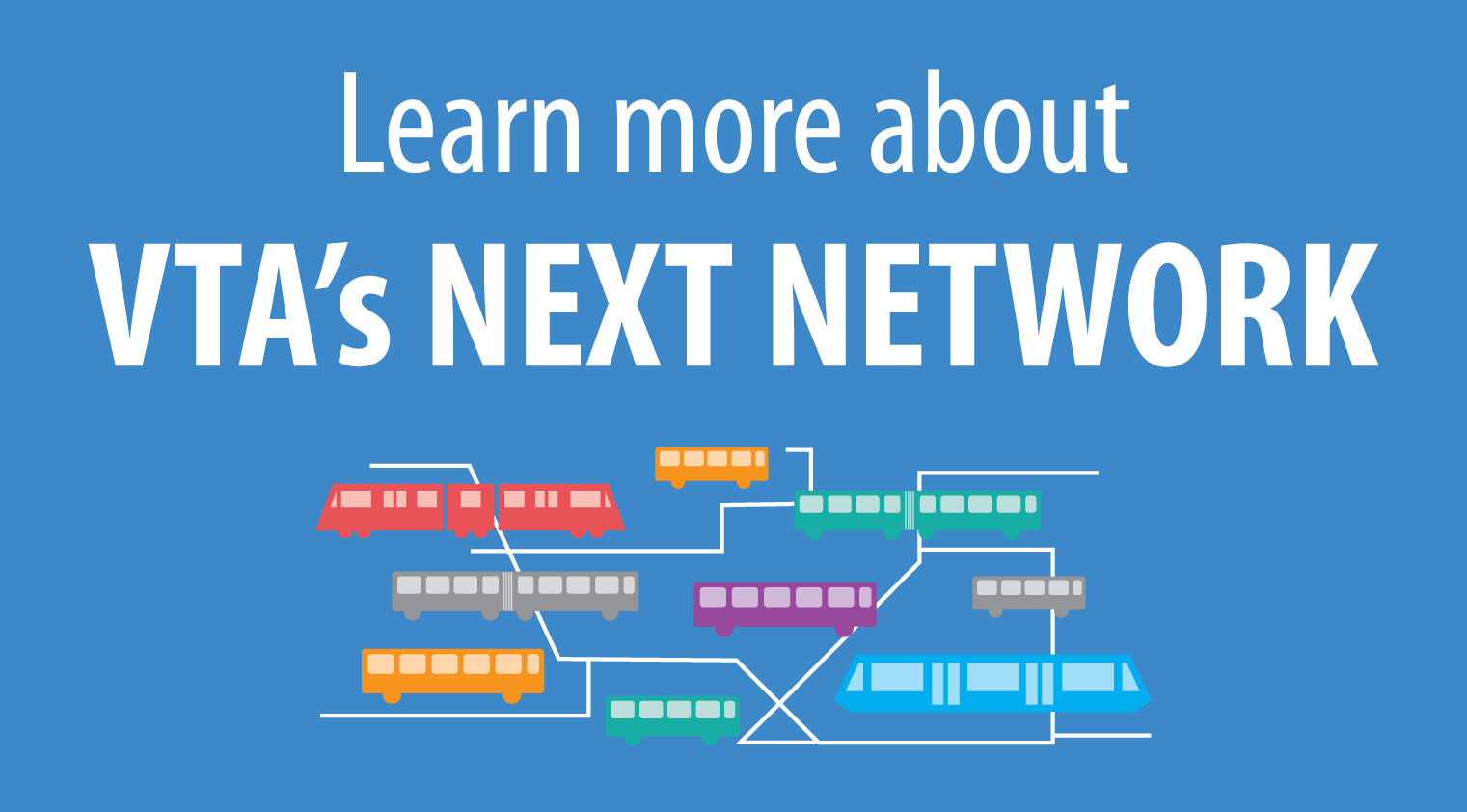 We're talking about network design through the Headways Blog throughout the summer.