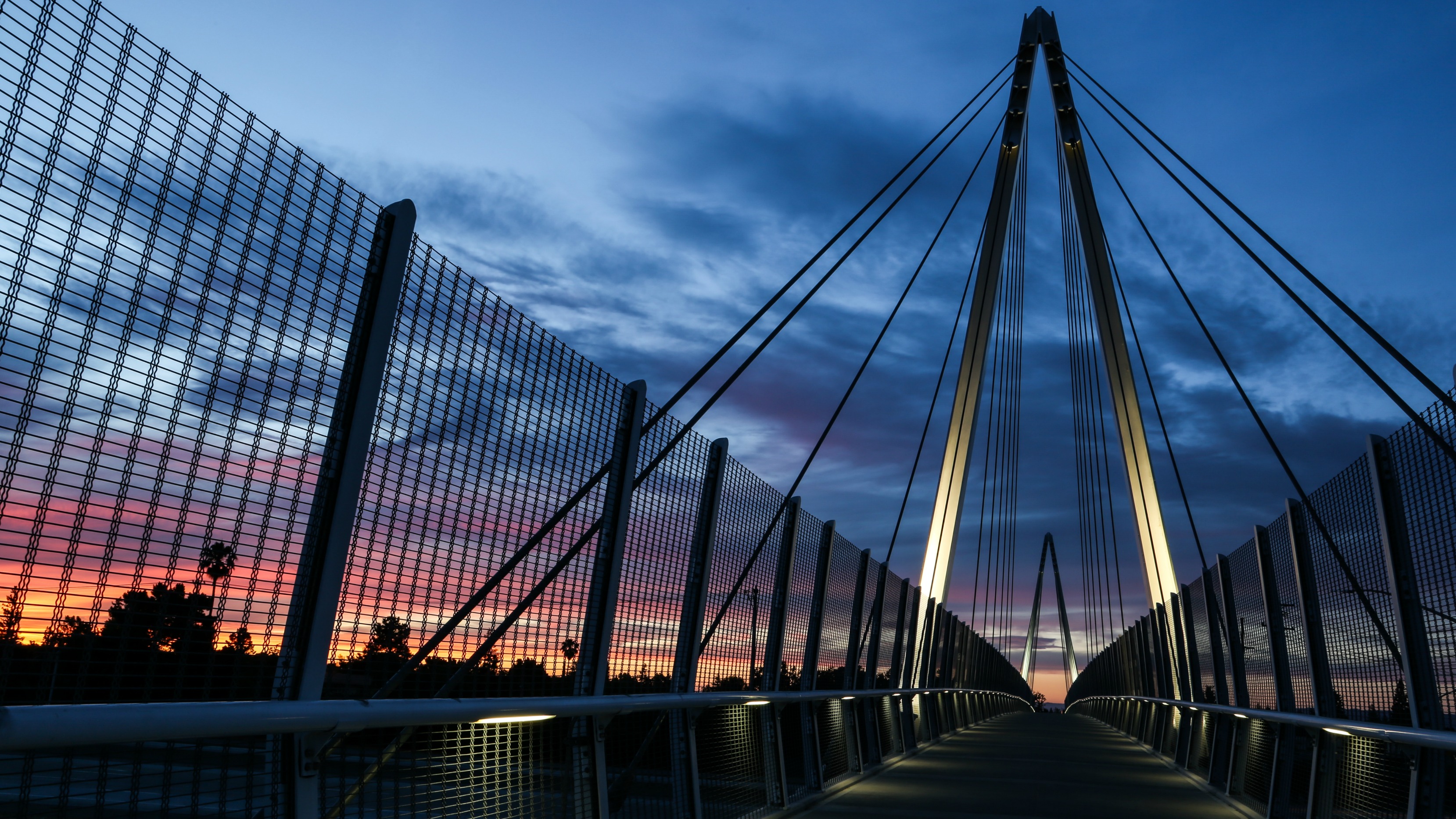 The Valley Transportation Authority isn’t just about bus and light rail. The agency is responsible for multi modal transportation improvements that include the growing areas in bicycle and pedestrian infrastructure.

Santa Clara County has two shining examples of bike/ped bridges funded in large part by VTA. One serves the need for convenience and allowing bike riders and pedestrians to easily and safely cross Highway 280 between Cupertino and Sunnyvale. The other is a bittersweet reminder that safety around rail lines is paramount.

After the tragic death of a 2 year old boy struck by an Amtrak train in South San Jose, VTA got to work with the City of San Jose to build a safe crossing in an area that is a popular shortcut from a neighborhood to a shopping center on the other side of Monterey Road. The Blossom Hill Pedestrian Over Crossing became known as Xander’s Bridge, named for the toddler who lost his life trying to cross the railroad tracks in 2005.VTA provided Measure A funds for the project, along with funding from the City of San Jose, the state and the Federal Highway Administration.The $10 million cherry-colored bridge, which spans about 315 feet over Monterey Road near Blossom Hill Road, opened in September 2012.

The Mary Avenue Bridge, which opened in 2009, was renamed the Don Burnett Bicycle-Pedestrian Bridge in honor of the late Cupertino City Council member and bicycle enthusiast who advocated for the creation of the project. VTA’s Measure A funds paid for the lion’s share of what was the first cable-stay bicycle pedestrian bridge over a California freeway. Designed by local architect Terry Greene, the Burnett Bridge connects the north and south sections of the Stevens Creek Trail over Highway 280. The unusual-looking structure was purposely designed to set it apart from other pedestrian bridges as a statement about the region’s commitment to alternative transportation, specifically walking and cycling.There is more on the horizon for bicyclists and pedestrians, including the Santa Clara Caltrain Under Crossing. VTA is funding the improvement, along with the cities of Santa Clara and San Jose. The project will construct a bike/ped under crossing under the Caltrain, Altamont Commuter Express, Capital Corridor, and future BART tracks, connecting Santa Clara University to existing retail and proposed residential development. This important project will be the terminus of the BART Phase II line and provide a close connection to San Jose International Airport. VTA's Countywide Bike Plan is in the process of being updated. The plan establishes a network of Cross County Bikeway Corridors that will provide continuous bike connections across the county. If you have ideas for where you would like new bicycle connections we would like to hear from you. Projects like these can continue to be built throughout Santa Clara County with the help of a half-cent sales tax measure to be voted on by the VTA board on June 2nd. If passed, the measure would be included on the November 2016 ballot. For a list of recommended improvements, visit VTA’s Envision Silicon Valley page.To learn more about Santa Clara County’s rich history of improving mobility, check out our series looking back on 40 Years of Investment.