Upon the U.S. Justice Department’s pursuing action today against North Carolina, regarding the State’s House Bill 2 - “Public Facilities Privacy & Security Act,” I felt compelled to respond to a decision rendered by the American Public Transportation Association - an organization I have always held to high-esteem.

As a former transportation planner, current graduate transportation scholar, zealot of public transit, and proud of being Gay, I am very disappointed by APTA’s Board of Director’s decision to carry-on with the 2016 International Bus Roadeo in Charlotte, North Carolina next week.

Interestingly enough, APTA has an “LGBT Initiative,” and in the Initiative's “Inclusion Strategy” section, it openly states:
“As a major pillar in our country’s growing infrastructure, now is the time for APTA and our industry to make a concerted effort to let our LGBT professionals know that their contribution is recognized and that our industry is one where it is safe and encouraging to be yourself, without fear of degradation or termination.”

In North Carolina - site of the 2016 Roadeo, how is it “safe and encouraging” for a Transgender transportation professional “...to be yourself, without fear of degradation...?”

How is APTA’s LGBT initiative furthered - and frankly, legitimized - in a state that has legislated the Transgender community as 3rd-class citizens, and actually removed civil rights enjoyed by non-LGBT citizens?  (I would use the phrase “2nd-class citizens” prior, but, with the stroke of a pen, North Carolina’s statutory action fundamentally denies the existence of Transgender citizens, thereby institutionally eviscerating a minority population.)  Further, is this a generational issue, because I see discrimination as discrimination, and am reminded of Dr. King’s quote, “Injustice anywhere is a threat to justice everywhere.”

I am incredibly proud of California transit systems like AC Transit, LA Metro and SFMTA, who will not be attending the Roadeo in protest to the state-sponsored discrimination, and I am thankful to the numerous elected officials supporting “Mayors Against Discrimination,” along with their respected transit authorities.

In all of this, I ask myself, “What would Rosa Parks think about this?”  Sixty years later, maybe public transportation is not the agent of social change I thought, and hoped, it is. 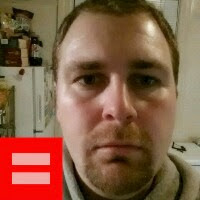