Co.Exist: Why Does The U.S. Hate Public Transportation?

We consistently underfund, under-innovate, and under-use mass transit. Can that change?


Public transportation in the U.S. is embarrassingly bad. It's rated 16th in the world for the quality of its infrastructure by the World Economic Forum, barely scoring higher than Malaysia and Bahrain. But why? Why does one of the world's richest economies refuse to pay for good public transport?
That's what John Rennie Scott asks in an article for the Conversation, and the answers are depressingly familiar. Scott provides plenty of examples of not only the poor state of repair of existing public transport systems, but also instances of straight-up refusal to build it in the first place. For instance, did you know that Washington, D.C.'s Dulles airport, an international hub used by both foreign and domestic passengers, has no train connection? "The Metro has yet to link the city to the airport, 40 years after the system opened," writes Scott. 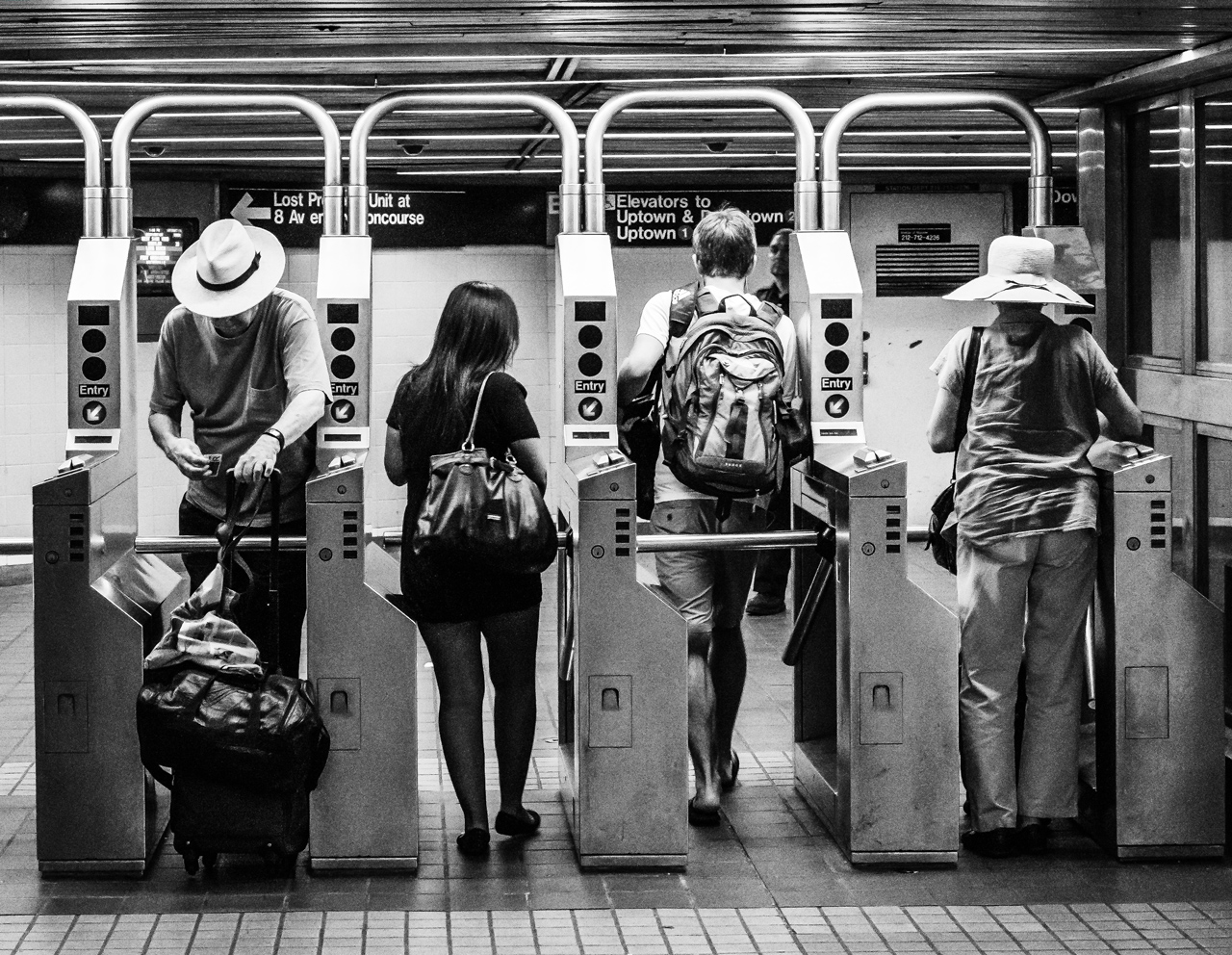 Flickr user John St John
And recently the subway system in Washington, D.C., the nation's capital, has had to schedule shutdowns, possibly for months, because of frayed cables.
Scott has come up with four reasons to explain why U.S. neglects its public transport networks, neglect which costs the public $120 billion a year in lost time and extra fuel costs.
Reason one is—you guessed it—the car. This infrastructural cancer has spread and choked the country. First, federal investment boosted the road system, and then new suburbs and cities were built around the car.

In Europe, expensive gas and restrictive land use measures kept people in dense cities, and urban growth followed along the lines of mass transit, reinforcing and consolidating their use.

Politics has played a big role in this split. Republicans have aligned themselves with the perceived personal freedom of the automobile, says Scott, whereas public transport is seen as a socialist concern. Thus, right-leaning politicians vote against it, even though public transport is good for the economy.
This neglect leads to Scott's second and third points, which are the neglect, abandonment, and subsequent decay of mass transit. "As a result, many mass transit systems were taken over by municipalities," which led to poorly funded systems that operated at the whim of disinterested politicians. Even newly built transit systems are left to wither when it comes to the long-term costs of upkeep and improvement.

Flickr user erik forsberg
"Building something new gives politicians a photo opportunity—replacing a frayed electrical cable does not," says Scott. As a result, essential maintenance is falling into arrears. "Chicago Transit Authority, for instance, spent $5 billion on infrastructure upgrades in the past five years, but needs another $13 billion."
The fourth and final factor is a malaise that affects more than just U.S. public transport. We have "lost faith in the public realm," and we no longer trust government to run public services. Individualism is the driving force behind everything, with, says Scott, the private car as its embodiment. "This thinking has made our cities less about shared experiences, and more a place of different lives and separated spaces."
The trend, though, might be reversing. Usage rates for public transport are up. Millennials, who famously shun cars, prefer public transport, and the 60-year driving boom seems to finally be over.
Maybe the electric car will be thing that tips the balance toward reinvestment in public transport. After all, a mass shift from gas to electricity requires an equally massive investment in terms of power infrastructure to juice all those automobiles. And maybe, instead of wasting all that money on private vehicles, we'll spend it on more sustainable public options instead.
It's a long shot, but as more municipalities come to realize that the city is no place for cars, something will have to take their place.
Correction: This article mistakenly placed Dulles airport in Chicago.
(Source: http://www.fastcoexist.com/3059031/why-does-the-us-hate-public-transportation?utm_source=mailchimp&utm_medium=email&utm_campaign=coexist-daily&position=4&partner=newsletter&campaign_date=05042016)
Posted by Greg Justice at 15:14