Co.Exist: Why Did The U.S. Let Highways Ruin Its Cities, And How Can We Fix It?

An exploration of the history of America's misguided urban highway building—and how it is starting to change. 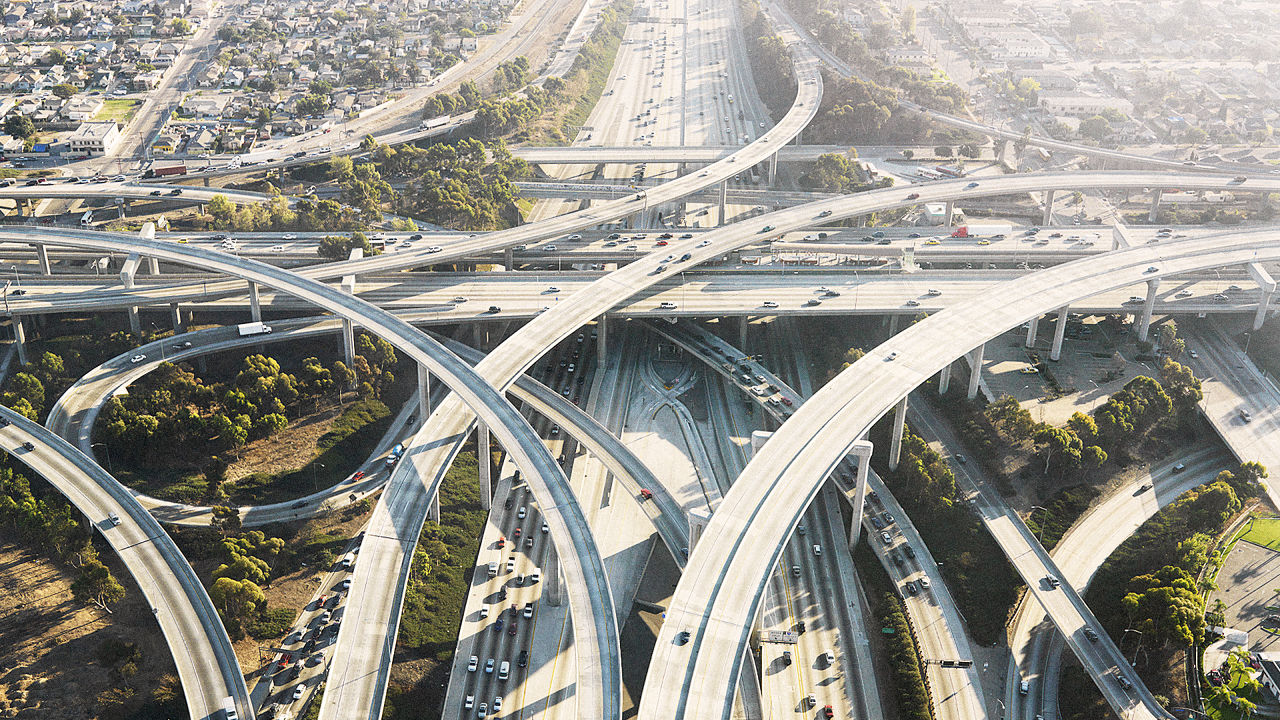 Photos: iofoto via Shutterstock
CHARLIE SORREL 05.31.16 7:00 AM
It’s obvious today that highways have no place in our cities, but back in the '50s, '60s, and '70s, they must have seemed like a good idea or they would never have been built. That, along with good old cash, was motivation enough for cities to slice themselves apart by allowing highways to cut through their centers.
Writing in Vox, Joseph Stromberg details the history of the highway system, which saw a shift from private tolls to publicly funded roads. The pressure for this came from the auto industry, seeking to avoid the money-losing private infrastructure that had collapsed under the railroads and streetcar networks. Today, the system is almost 60 years old, and has cost around $500 billion. 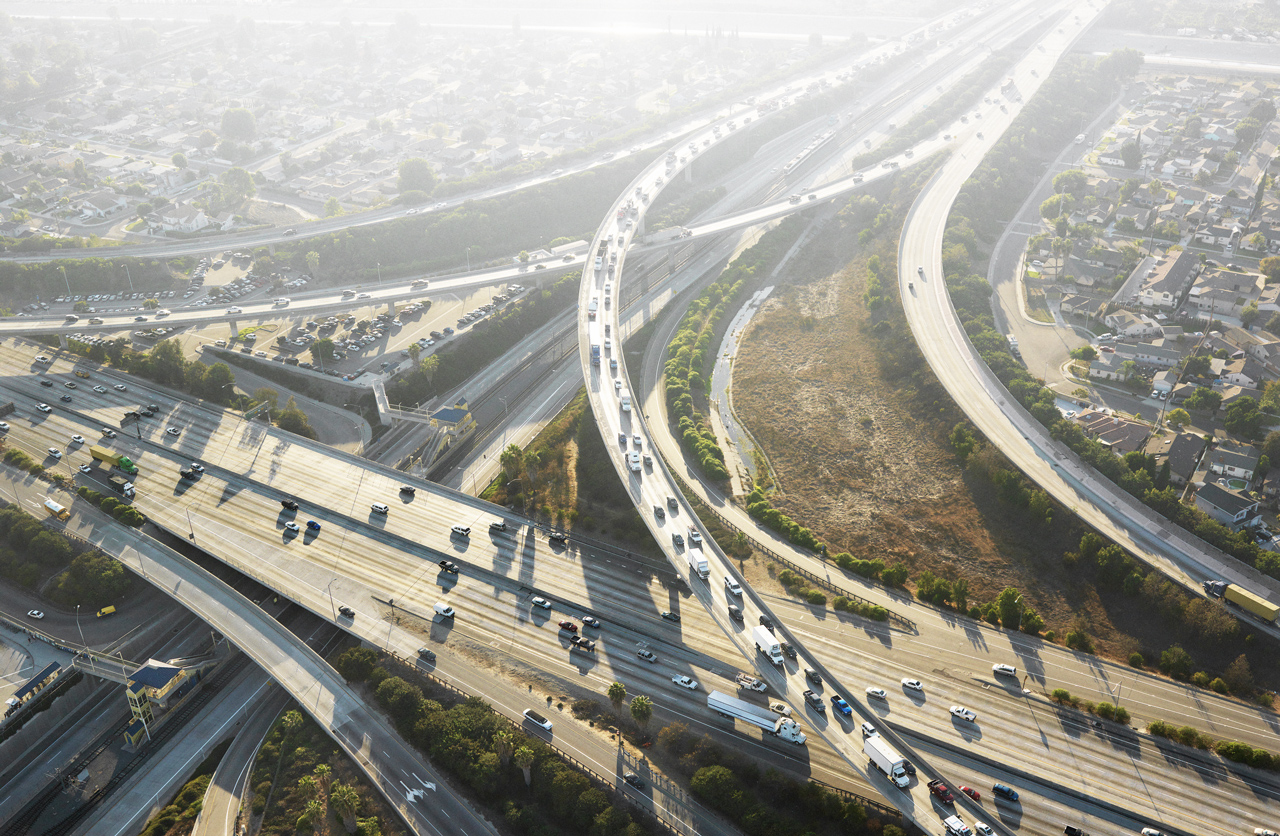 Postwar, urban highway development really got going, and—crucially—the plan for the entire highway network, including the paths that it would take through city centers, was decided by engineers. "They were trained to design without much consideration for how a highway might impact urban fabric," wrote Joseph DiMento in Changing Lanes, his book on the history of highways. "They were worried about the most efficient way of moving people from A to B." As long as individual states agreed to these paths, the federal government would pay for 90% of the new roads’ construction costs.
But of course it wasn’t so simple. At the local level, highways were often routed through poorer black neighborhoods. "There was also a racially motivated desire to eliminate what people called 'urban blight,’" writes DiMento. "The funds were seen as a way to fix the urban core by replacing blight with freeways."
But, as we know today, this didn’t work as planned. Even if destroying black neighborhoods had somehow led to those displaced communities becoming rich, the very act of building a highway cut off other sections of the city, and they withered, economically, because if it. Poverty wasn’t cured. It was just redistributed. The wealthy, moving to newly conceived suburbs, drove into the city to work, bypassing these neighborhoods entirely. Outside of the cities, rural businesses withered when highways siphoned traffic right past their small towns.
Almost half a million households were displaced during the first 20 years of highway construction, said Transportation Secretary Anthony Foxx in a speech in March. A highway was built through Foxx’s own neighborhood when he was a boy, and his street was walled in. "Areas of this country where infrastructure is supposed to connect people, in some places it’s actually constraining them," he said.
While even Foxx can’t dismantle the highways, he can stop the same thing from happening again. His new initiative, called Ladders for Opportunity, aims at improving the way infrastructure is repaired and replaced.
Its idea is that fixing infrastructure in cities to make it more racially and economically inclusive can boost the economy. "Look at our basic sidewalk infrastructure," Foxx said. "You see these roads are really designed for cars, not people. There are no sidewalks, and where you see sidewalks, there are no crosswalks."
This kind of design not only discourages pedestrians, it makes it all but impossible to move around except by car, and that means that the drivers couldn’t get out and walk even if they wanted to. In a nation suffering an epidemic of obesity, this is just one more way that bad infrastructure can kill.
The job is a difficult one, to be sure. In a neat twist on the feds forcing local governments to allow the highways in the first place, Foxx says that today, local politics can delay or scuttle federal projects, such as the Baltimore Red Line light rail project that ended up being canceled.
But we are getting somewhere. If it seems crazy that engineers in the 1950s were allowed to design the highways system centrally, without any thought for the consequences of chopping up communities, then it’s because today we already expect a lot better of our planning agencies (even though traffic studies are almost useless).
Most of all, we’re finally getting sick of cars ruining our cities. In Europe, something is being done about it—Barcelona has its traffic-free "superblocks", London is investing in electric delivery vehicles, and Germany is building a car-free neighborhood. Now it’s America’s turn to stop discriminating against people based on their mode of transport.