Co.Exist: This New Test Will Tell You How Your Office Is Affecting Your Health

TransportiCA Note: This article has been included, as it deals with Active Transportation and Transit-Oriented Development.


The Fitwel rating, from the CDC, measures things like access to public transportation and how easy it is for employees to take the stairs—and then suggests how to make your office healthier. 
Let’s say two people want to lose weight. One has a job near a bike path and bike parking in his office—which has an inviting light-filled staircase that makes it fun to climb two flights of stairs—and his employer provides healthy snacks. Another works at an office park off the highway, doesn’t move all day, and has the choice between Doritos or Lay's in the vending machine when he wants a quick snack. Who do you think will have an easier time losing pounds?
A growing body of research shows that the design of our surroundings strongly influences our health behaviors—and bad design is one reason for America’s obesity crisis. 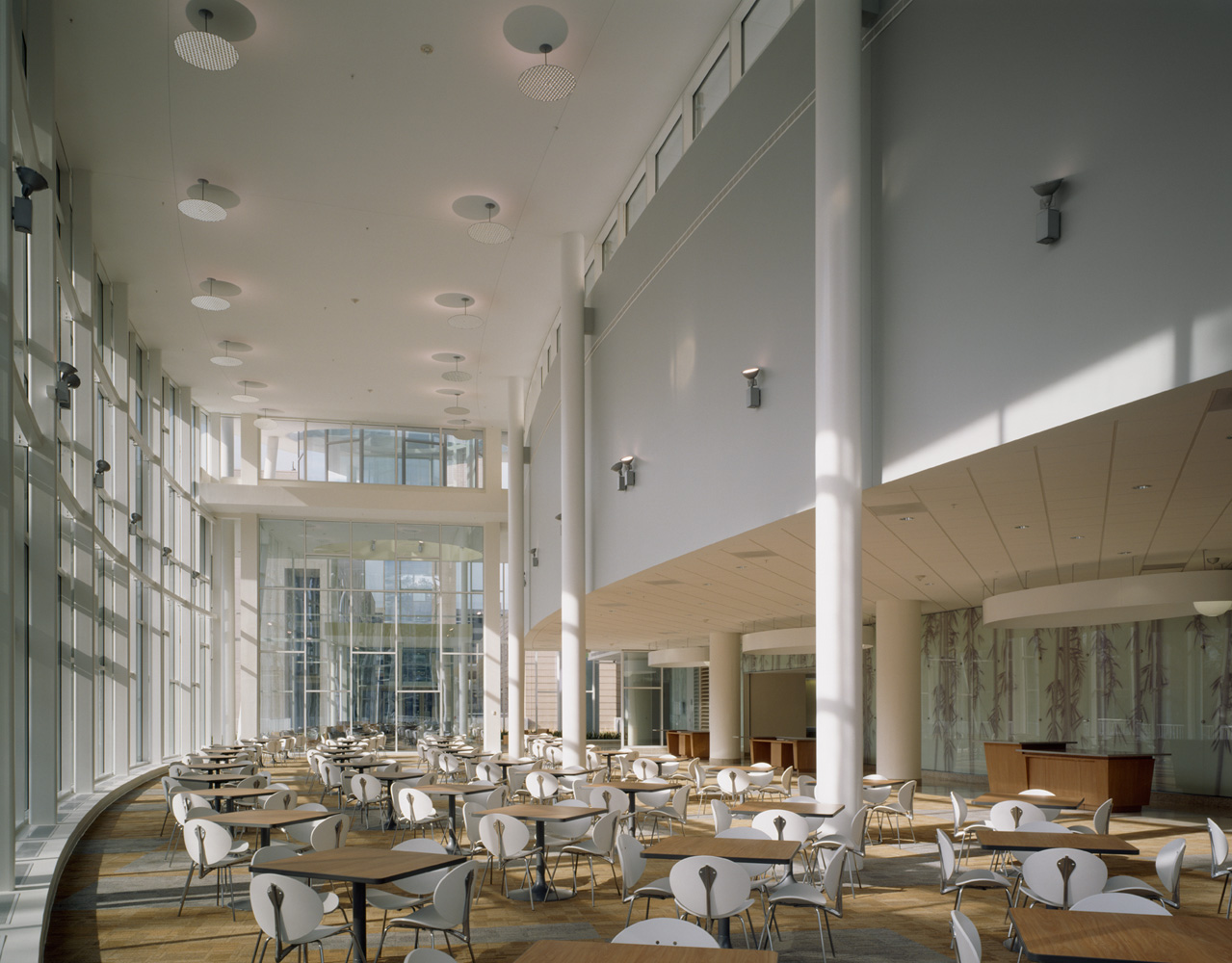 Centers for Disease Control and Prevention (National Center for Environmental Health). Architect: Perkins + Will. Fitwel: three-star rated.Hedrich Blessing
The Centers for Disease Control and Prevention (CDC) and the General Services Administration (GSA) have now created a new certification, called Fitwel, to encourage healthier workplaces, where many people spend too much of their lives. After piloting the scoring algorithm in 89 federal government buildings in 2015, they are now partnering with the Center for Active Design, a nonprofit established by then-New York City mayor Michael Bloomberg in 2013, to make it available to any workplace.
"We’re a health agency, so we’re trying to make sure we’re operating to promote health and taking those lessons learned and sharing them more broadly," says the CDC’s chief sustainability officer Liz York. 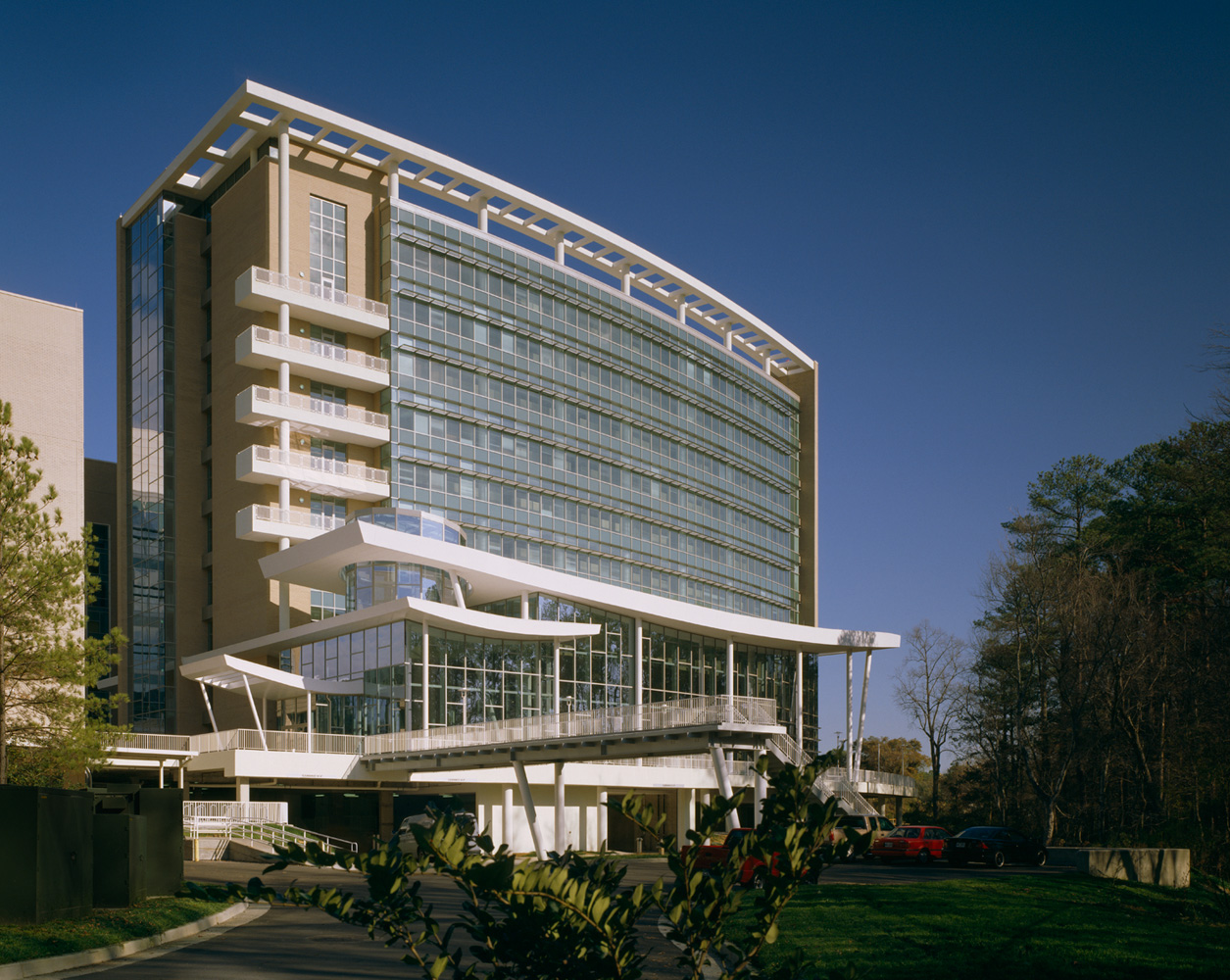 Centers for Disease Control and Prevention (National Center for Environmental Health). Architect: Perkins + Will. Fitwel: three-star rated.Hedrich Blessing
Fitwel is basically a questionnaire that assesses the healthiness of the physical work environment. The CDC and the GSA developed the scoring system over five years, consulting public health experts, designers, and more than 3,000 research studies. The questions cover 60 strategies that are proven to contribute to healthier offices, such as proximity to public transit, bike parking, indoor air quality, healthy food access, fitness facilities, and lobby and stairwell design. The algorithm that puts all these factors together weighs each by the strength of their evidence that they work, and their potential impact.
The goal is that Fitwel can be used by any building manager to improve incrementally, no matter their budget or situation. There is no expensive third-party certification, like the existing Well Building Standard or the well-known LEED Green Building certification, and it tries to avoid creating extra paperwork or costs. Building managers submit their questionnaire answers, with photographic evidence where applicable, to receive a Fitwel rating (eventually the goal is to have an app).
"This is very much designed for existing buildings," says Center for Active Design director Joanna Frank. "It really is about raising everybody up a few levels, rather than saying this is the bar."
In the pilot program in federal buildings, including nine at the CDC’s campus, York says that they found very simple, low-cost ways to encourage employee fitness. Simply adding staircase signage and even music in stairwells could increase the use of people using the stairs dramatically. The testing also found that having wellness "champions" at workplaces that could work with facilities managers really improved the use of Fitwel’s questionnaire and recommendations.
"Fitwel addresses the industry need for a standard for healthy workplaces and a provides a practical, attainable certification," said Phil Harrison, CEO of the global architecture firm Perkins+Will, in a statement that also notes that 86% of U.S. adults are expected to be obese or overweight by 2030. Byron Rogers Federal Building and US Courthouse. Architect: HOK and Bennett Wagner & Grody Architects. Fitwel: two-star rated.Raul J. Garcia
"The point of the system is to try to take this theoretical science and translate it into action at a building level. There’s a huge gap between the scientist who is looking at physical activity and data for sidewalks and sidewalk use, and the [person] who is responsible for the building and making decisions for its budget," says York.
More than ever today, employers care about wellness as a means of improving productivity, reducing health costs and absenteeism, and recruiting talent. With 5.6 million commercial office spaces in the United States, Frank believes that Fitwel can have a large effect. "It’s interesting to see how that shift is now beginning to drive business thinking," she says.
The Center for Active Design will roll out Fitwel to initial selected partners this year and have a broader launch in 2017. The CDC will continue to stay involved on the academic side, updating research and potentially expanding the program beyond commercial offices to residential buildings and homes.