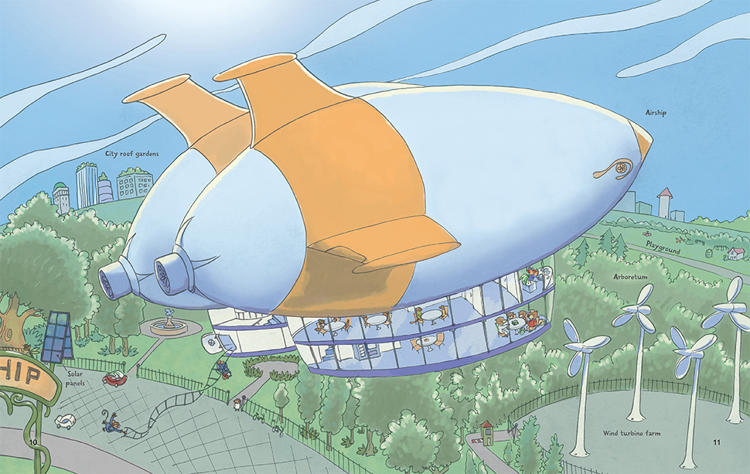 It's a fact of the children's publishing world that toddlers love books about trains and cars. But they tend to be a little dated—Thomas the Tank Engine runs on coal. A new kids' book tells the story of a road trip and city infrastructure, based on the latest sustainable technology.
A.B. Thorpe, who works in sustainable design, was inspired to publish Bicycles, Airships, and Things That Go as she thought of the technology books her own children loved growing up, particularly those by Richard Scarry.
"There are some really great books like that," she says. "But they're very sort of 1950s, 1940s notions of progress. There's the airport, the suburbs, there's a lot of cars and road building. One day it just struck me this is so against everything that I'm working for in my professional life. It's entertaining and it's fun, but I felt I wanted a way for the kids to enjoy something like this with the notion of progress as I envision it." 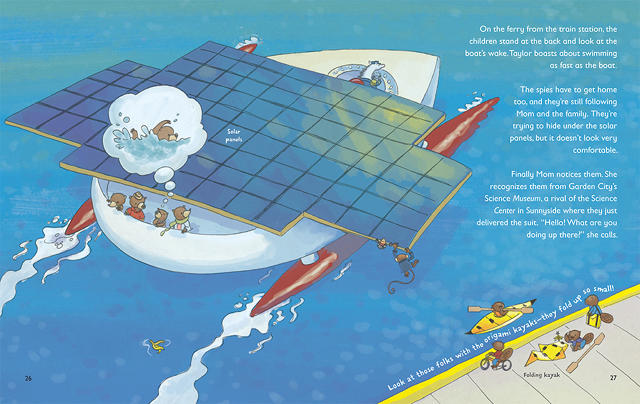 In the story, the family takes a trip to deliver a package to a science museum via bikes, an airship, scooters rented from a station share system, a solar-powered ferry, high-speed rail, and even a "bike bus" pedaled by passengers. On the way, they pass dozens of other examples of sustainable design, from a seaweed farm and offshore wind power to urban farming and bike parking inspired by Amsterdam's central train station.
Each of the technologies is labeled, another inspiration from Richard Scarry. But the focus of the story is the family's trip, and having fun, not the technology itself.
"A lot of times these messages come as sort of a guilt trip, or a schoolmarmish sort of serious thing, where the point of the story is really about sustainability," Thorpe says. "I wanted the point of this story to be going on a trip and having a good time."
At a basic level, it's a way to introduce kids to technology they might not have yet seen. When Thorpe tested the book with young readers, one family reported that their four-year-old daughter was able to recognize wind turbines by the end of the book. As children get a little older, the book could lead to more detailed discussions of how the technology works.
"I think there's a lot of room to get kids excited about new kinds of technology and opening up discussions about what kind of world do we want to live in, what kinds of things do we want to see around us, and how can we make those things," she says.
Even for adults who work in sustainability, there might be something inspiring about seeing all of these technologies in one place—particularly if their day jobs are full of endless struggles trying to implement the new tech. "It's appealing for them to be able to share with their own children this vision of these things starting to come together," says Thorpe. 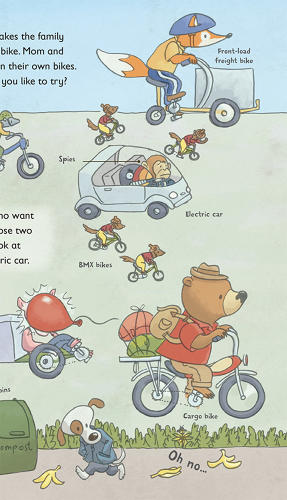 (Source: http://www.fastcoexist.com/3060185/a-beautiful-illustrated-book-shows-kids-a-sustainable-urban-future/1)
Posted by Anonymous at 09:25