Co.Exist: This Adorable Tiny Car Is Actually A Bike

The PodRide has headlights, a trunk, a roof—and even a motor. 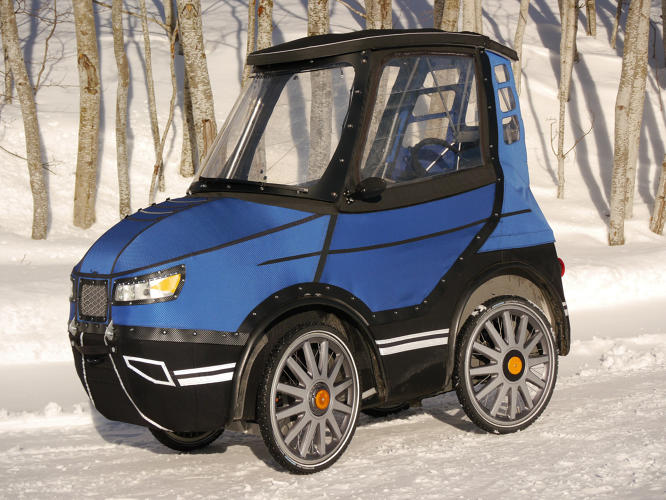 After he got tired of biking to work in Sweden's cold, wet winters, engineer Mikael Kjellman decided to redesign his bicycle. He took inspiration from fabric-covered bike trailers made for children—and decided to make an adult version, which ended up looking like a tiny car.
Like a kid's trailer, Kjellman's design, now called a PodRide, has a lightweight, zippable fabric cover. But it also has headlights, turn signals, a comfortable car-like seat, windshield wipers, and a trunk for storage. Thanks to an electric motor, it can drive about 15 miles an hour.

It isn't the first design for a velomobile, or bike-car hybrid (this one, from Minnesota, was also inspired by bad winters). But Kjellman, who is now working to make his prototype available to everyone, thinks that the concept may have more success now than others have had in the past.
"I think and hope it's the right time," he says. "There's more and more environmental awareness, so people are really beginning to think about this. Then you have the development of electric bicycles, so you get the electric motor, and that's a key factor to making the kind of practical velomobile. Without an electric engine, they are really too heavy and not too fun to bike at all." 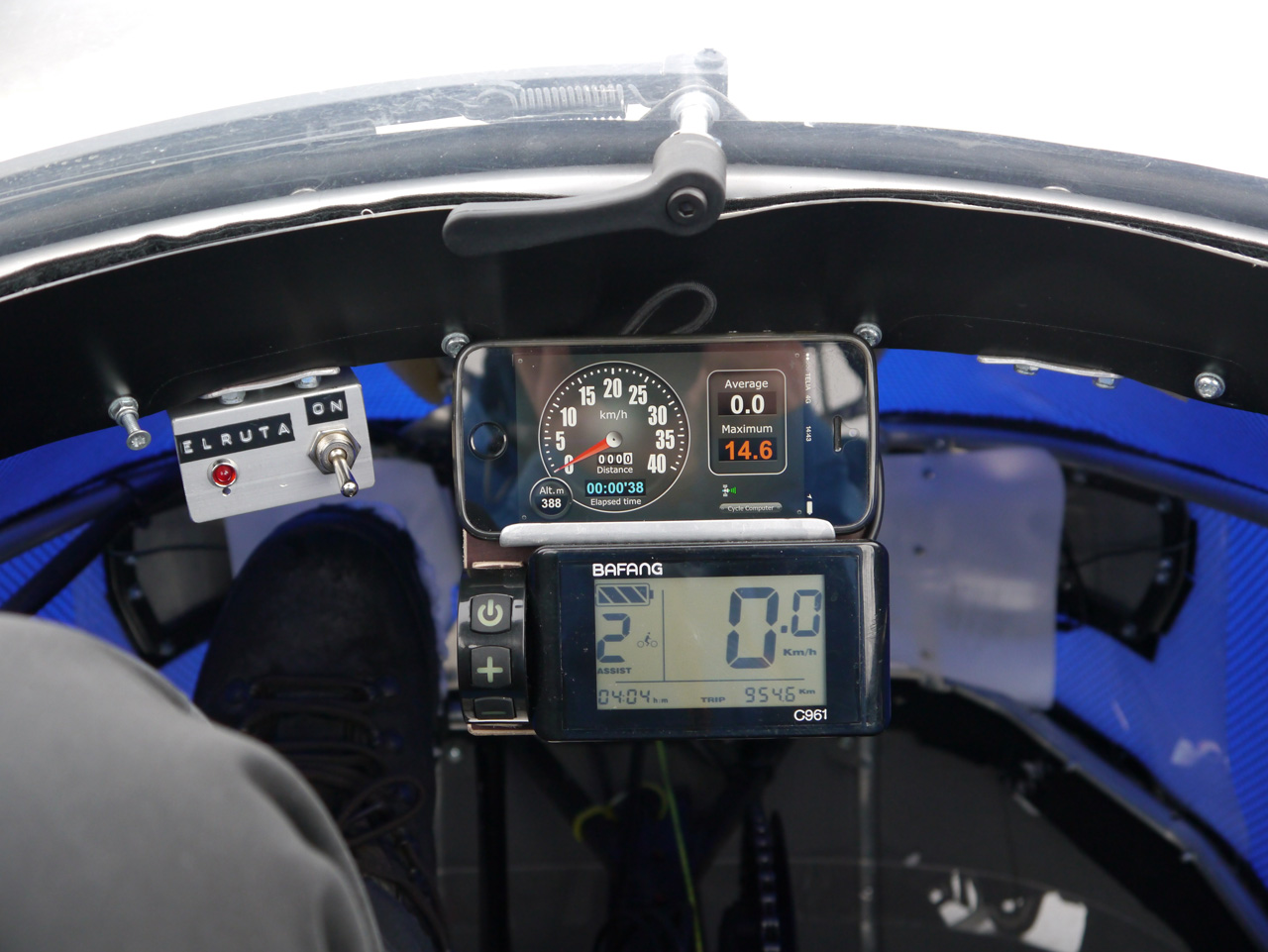 While it's possible to pedal home if the battery dies, or if you want an intense workout, it's designed to be used with help from the motor. Because the speed is limited, it's legal to ride as a bicycle in Sweden.
The upright design also makes it safer to ride next to cars in traffic, and Kjellman thinks it might be more appealing to a wider audience. "There's stranger designs that many velomobiles have," he says. "They are totally focused on getting low wind resistance. They look like a shampoo bottle with wheels, and that's also a problem for people—they don't want to ride in that." An earlier, wider version looked so much like a car that it sometimes scared other cyclists off bike lanes, so the PodRide is designed to look as friendly as possible. "This looks more gentle," Kjellman says. "It's kind of round and non-threatening."
After testing the prototype on his commute to work for a year, Kjellman is raising funds on Indiegogo to manufacture the PodRide for everyone else. He thinks it could help anywhere, like Sweden, where good bike infrastructure exists, but the weather is often so bad that people drive to work anyway.
"I think many people can choose one of these rather than taking a car," he says.