Co.Exist: Los Angeles's New Train Gets You To The Beach Without A Car

For the first time in more than 50 years, it's possible to get some sun and waves and skip the traffic-clogged freeway. 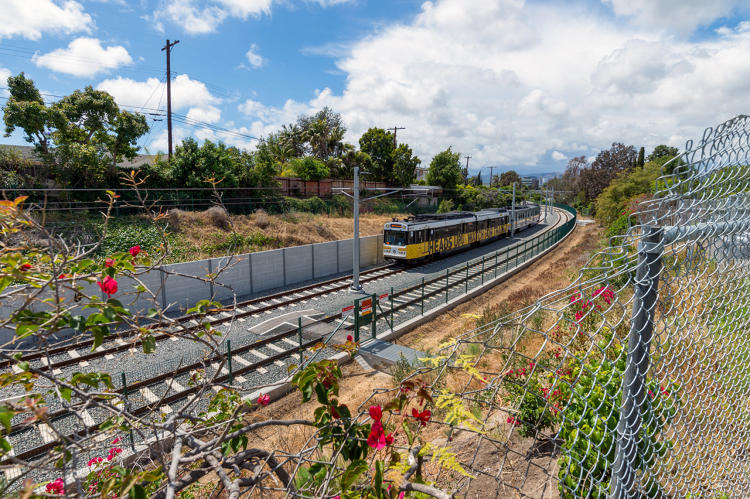 
In 1961, the last Red Car trolley ran from downtown Los Angeles to Long Beach, part of an electric streetcar system that once covered 1,110 miles of tracks (more than the New York City subway system today). Fifty-five years later, after the city became synonymous with car culture, it's finally going to be possible to take a train to the beach in L.A. again.
The new train is an extension of the city's Expo Line, which will now run from Santa Monica (a couple of blocks from the sand) to downtown, where riders can change trains and keep going as far as Azusa in the San Gabriel Valley.

The project started almost 30 years ago, when public transit advocates in Santa Monica discovered that the old Red Car right of way was for sale, and convinced the transit agency to invest in it. Decades later, the new train will start running on May 20.
"It's the only public transit of its kind that goes right out to the beach in L.A.," says Los Angeles County Supervisor Sheila Kuehl, one of the earliest supporters of the project. Beyond connecting Angelenos to recreation, it's also an important new way to commute to work.
"Over the past decade, maybe longer, we've noticed a major shift from all of the traffic going downtown in the morning, and back west at night, to exactly the opposite," Kuehl says. "Traffic is going west in the morning, and east bumper to bumper at night ... this will be a major connector for people living all over the county to their work." 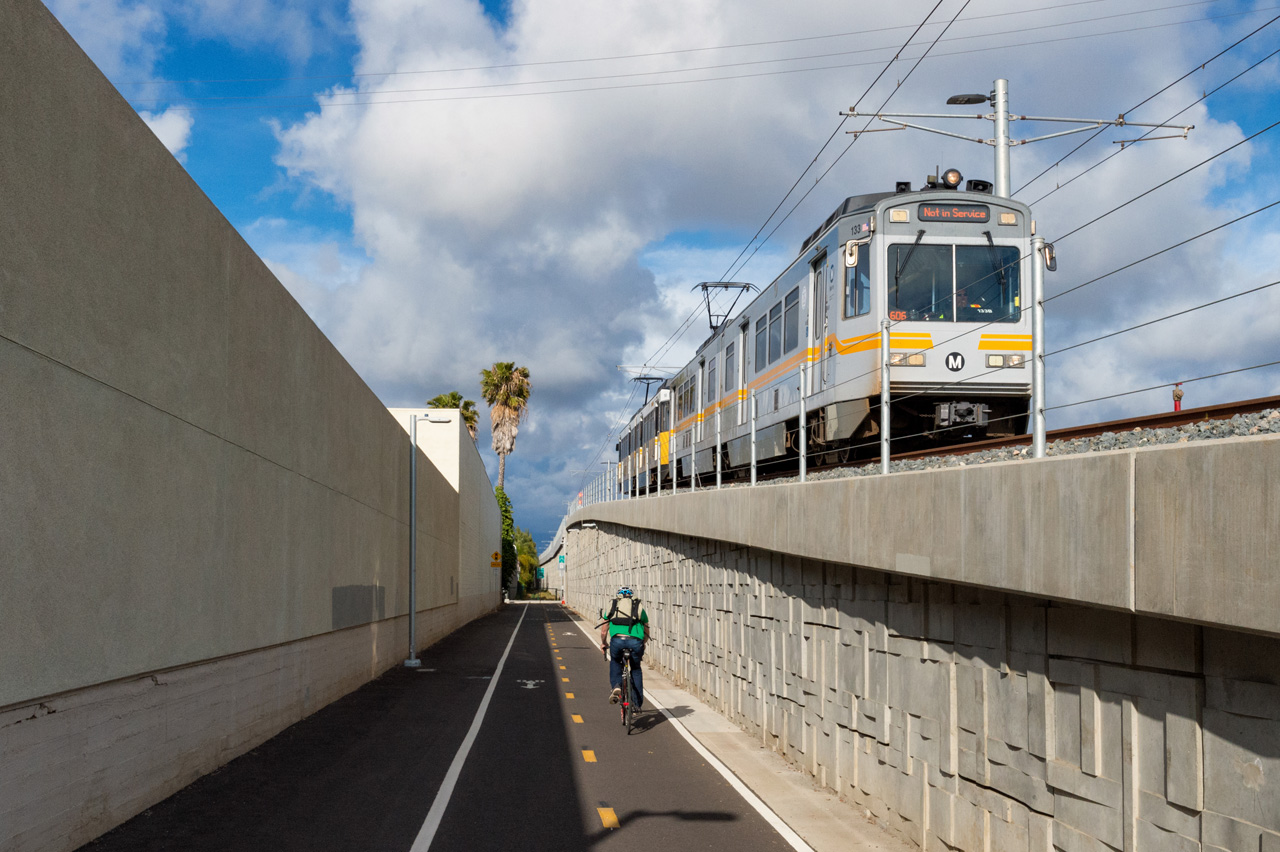 While having the train might not solve local traffic problems completely, it will give people an alternative to sitting on the freeway for a couple of hours each day. "The 10 [freeway] is so jammed that you could cut traffic in half and still be stuck in traffic," she says. "But think about having 50,000 cars off the 10 and off the surface streets. I think it can really help."
L.A.'s previous streetcar system was dismantled for a variety of reasons. Cars—and a new freeway infrastructure—was seen by most people as the future. Buses were seen as more modern and flexible than trains. Because the streetcar system was originally designed by real estate developers—not the city—stops weren't necessarily well-located for everyone who needed to use them. And, as the movieWho Framed Roger Rabbit implied, the process was probably at least somewhathelped along by corporations such as GM, which pushed for the shift to the buses it manufactured (and invested in National City Lines, which bought and dismantled L.A.'s smaller Yellow Line).
If the streetcars hadn't disappeared half a century ago, the city would likely be different today. "The way people think about traveling in Los Angeles would be very different had we retained not just the red car out to the beach, but the whole public transit system that we had," says Kuehl, who grew up riding the streetcars. "People would have thought of L.A. as a place where you took public transit, like so many other major cities in the world. I think it could have made a big difference." 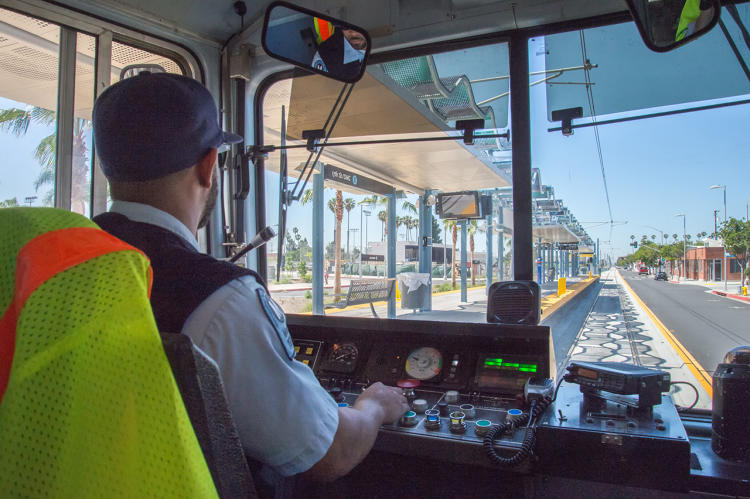 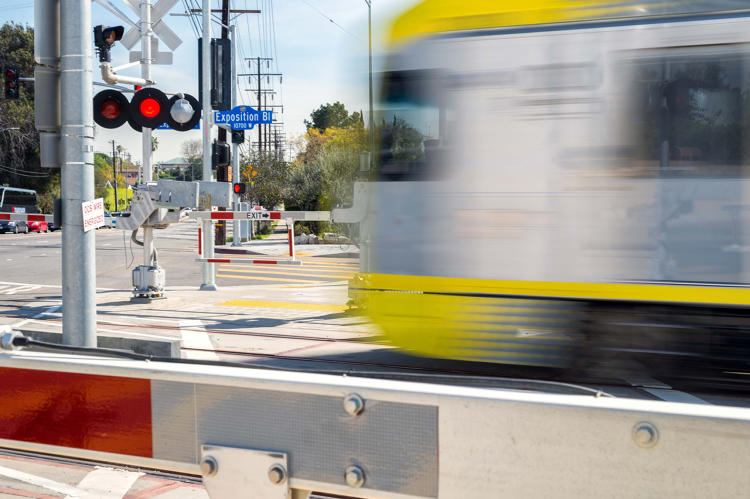 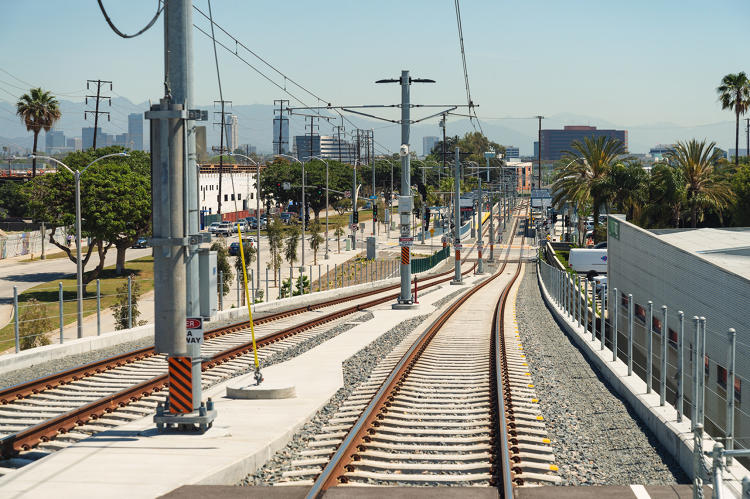 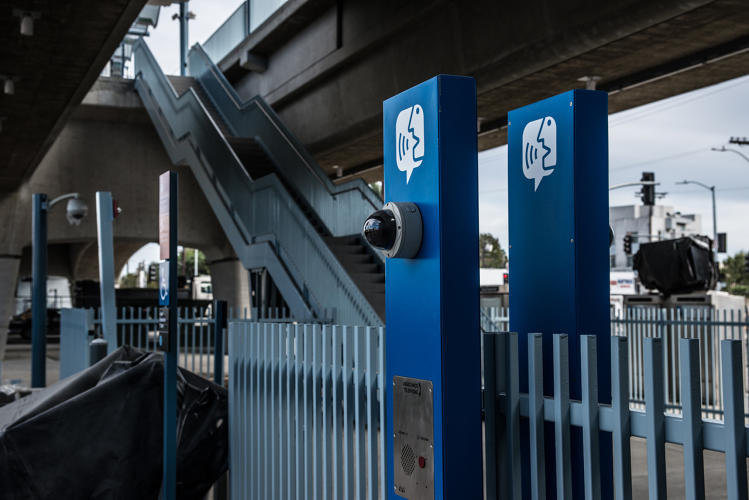