Co.Exist: Get Nostalgic For This Disappearing Part Of The American Road Trip

This summer, pay attention to the beautiful and desolate rest stops that are slowly shutting down, replaced by generic food and gasoline chains. 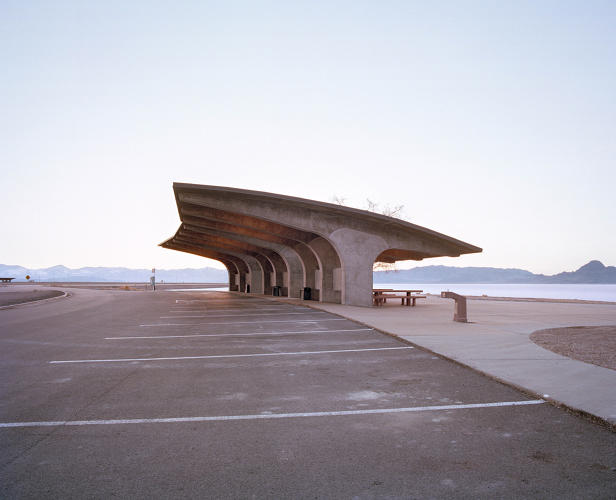 Over the last seven years, photographer Ryann Ford has been on 15 road trips across America. Her goal has been to document as many midcentury rest stops as possible before they disappear.
Often just a picnic table and a simple shelter—in the middle of nowhere—rest stops have sometimes been replaced by fast-food chains or gas stations, and sometimes have been torn down by state governments that don't have the budgets to keep up maintenance. White Sands, New Mexico
Ford first noticed the structures after moving from California to Texas, and driving on back roads for freelance photo assignments across the country. "I was just immediately drawn to them," she says. "Being an architectural photographer, I think I'm drawn to both the landscape and the architecture."
When she Googled to see if other photographers had tackled the subject, she learned instead that many states were tearing rest stops down. One, outside the town of Flower Mound, Texas, had a longhorn-shaped roof and the Texas flag down the side. It was due for demolition in a couple of weeks, so Ford rushed to capture it.
She kept going, discovering quirky stops across the country. In Lajitas, Texas, a series of picnic tables in the desert are covered by shelters shaped like tipis. Three hundred-plus miles away in Sonora, Texas, another shelter is shaped like giant wagon wheels. Outside the tiny town of Abiquiu, New Mexico, a simple wooden structure sits in the middle of red rocks.
Ultimately, she shot 400 rest stops. Seventy-five of the best are included in a new book titled The Last Stop: Vanishing Rest Stops of the American Roadside (powerHouse Books). 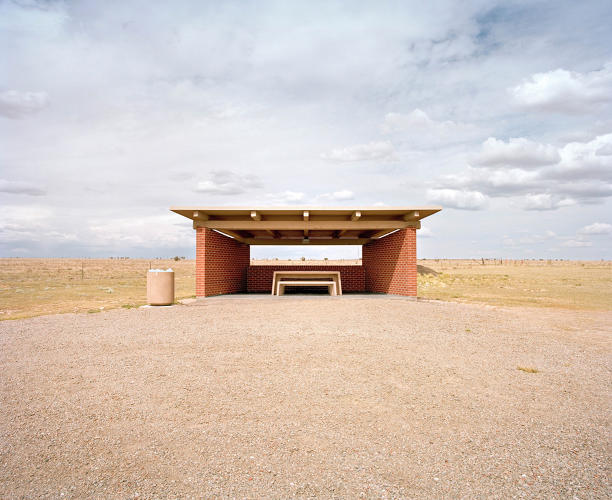 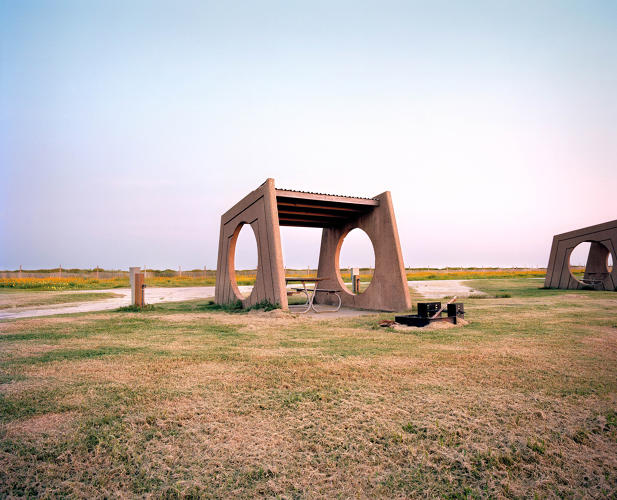 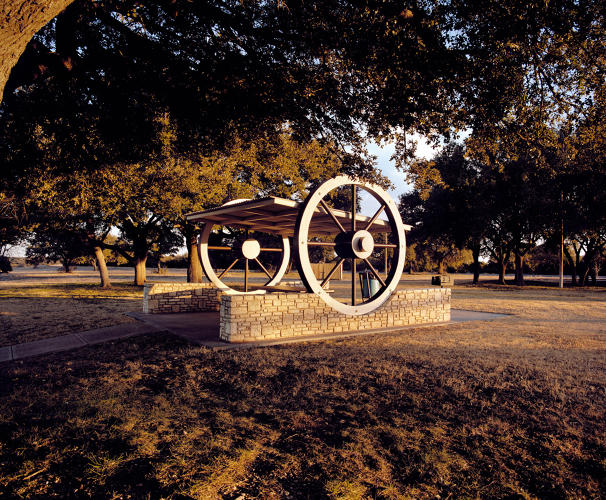 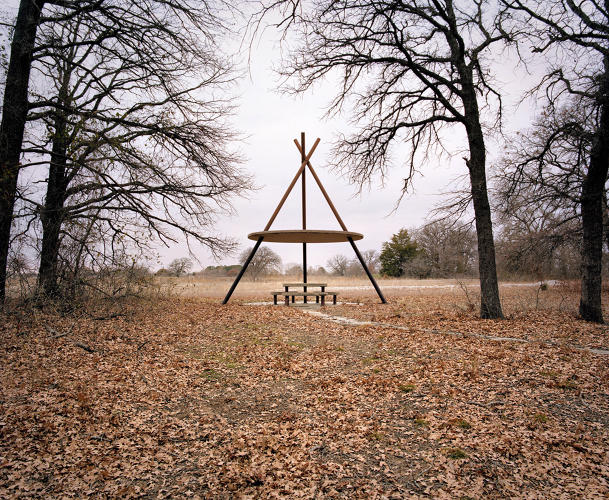 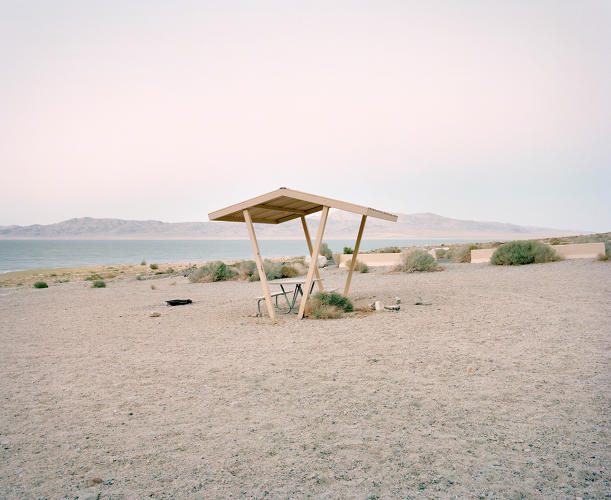