Co.Exist: Ex-Google Engineers Are Working On Making All Trucks That Drive Themselves

It may be that we see autonomous trucks on the road a lot sooner than passenger vehicles. 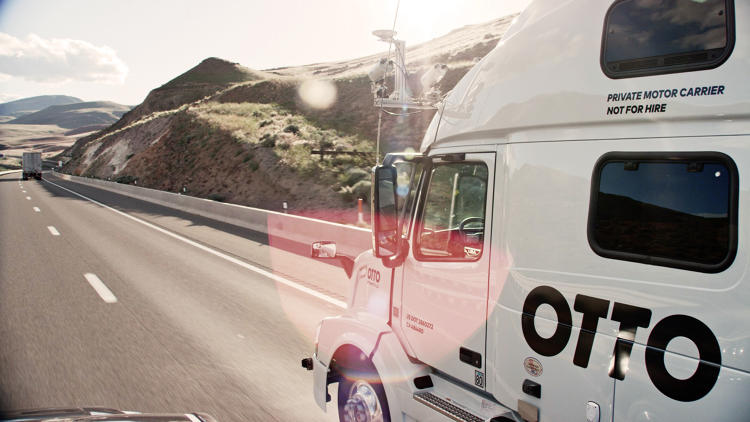 Self-driving trucks might be the first casualties of the autonomous vehicle revolution, and four ex-Googlers have started a company called Otto that will hasten their demise. And unlike purpose-designed autonomous trucks from companies like Daimler, Otto converts existing rigs into self-driving road robots.
Autonomous trucks are attractive in part because the economies of swapping out human drivers are so enticing. Which is a nice way of saying that human truck drivers are inefficient. They need mandatory rest breaks, they may drive with a heavy foot on the gas, and they crash. A robot truck has none of these problems, and it can drive all day long without a break. Which isn’t to say that human drivers will disappear immediately. The person in the cab can take care of trickier maneuvers, like when the truck in in the city, and they can crawl up into their cot and take a long rest while their truck eats up the long, monotonous highway miles.

The Otto team’s approach is quite Googley. Just like Google’s own autonomous cars, the Otto trucks are regular trucks, retrofitted with cameras, lidar, and radar. Currently it is testing three Volvo cabs on the roads of Nevada. According to Medium’s Backchannel, the "aftermarket self-driving kit will sell for a ‘small fraction’ of the $100,000-$300,000 price of a new tractor cab."
Otto’s tech is built for highways, not for navigating a truck through the suburbs and into the city. This in itself makes the problem a lot easier to solve. "There are only 222,000 miles of highway in the U.S., just 5% of the roads in the country." Otto co-founder Lior Ron told Backchannel. "They’re easier to map and it’s a much more constrained problem to solve than all those city and rural streets. There are no pedestrians or traffic lights, but you do drive at high speeds and you do need to see far ahead." Otto says that its hardware and software is "tuned for the consistent patterns and easy to predict road conditions of highway driving." A truck’s sheer size is also an advantage, allowing sensors to be mounted up high, with an unobstructed view of the road ahead.
Trucks are , carrying up 70% of the cargo moved around the U.S. Annually, America’s 4.3 million trucks carry 14 billion tons of freight. They also create more than a , yet make up just 1% of traffic. Human-steered trucks are also dangerous, causing 9.5% of highways fatalities, despite contributing just 5.6% of miles covered.
So far, Otto has logged test miles on highways in Nevada, with a human driver, designed to train the instruments and software. The team has even carried out one short test with no driver at all, but it’ll be a while before anything is commercially available.
Anything that can improve the situation has to be good. Drivers will be less stressed, trucks safer, and the trucking companies will get more hours out of each vehicle. We might be able to remove cars from cities, but unless the U.S.’s railways suddenly come back to life, then trucks aren’t leaving the highways any time soon. Otto’s autonomous trucks are a great practical first step to making them safer, and cutting down on the pollution they cause. 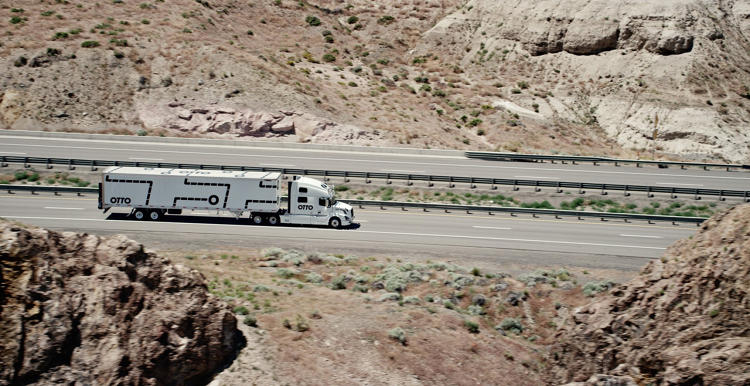 (Source: http://www.fastcoexist.com/3060094/world-changing-ideas/ex-google-engineers-are-working-on-making-all-trucks-that-drive-themsel/2)
Posted by Anonymous at 02:07