Co.Exist: Even While Sucking Down Fumes, Biking To Work Is Healthier Than Driving

The health benefits you get from a bike ride far outweigh the risks from breathing in the air that's being polluted by the people who are not biking. 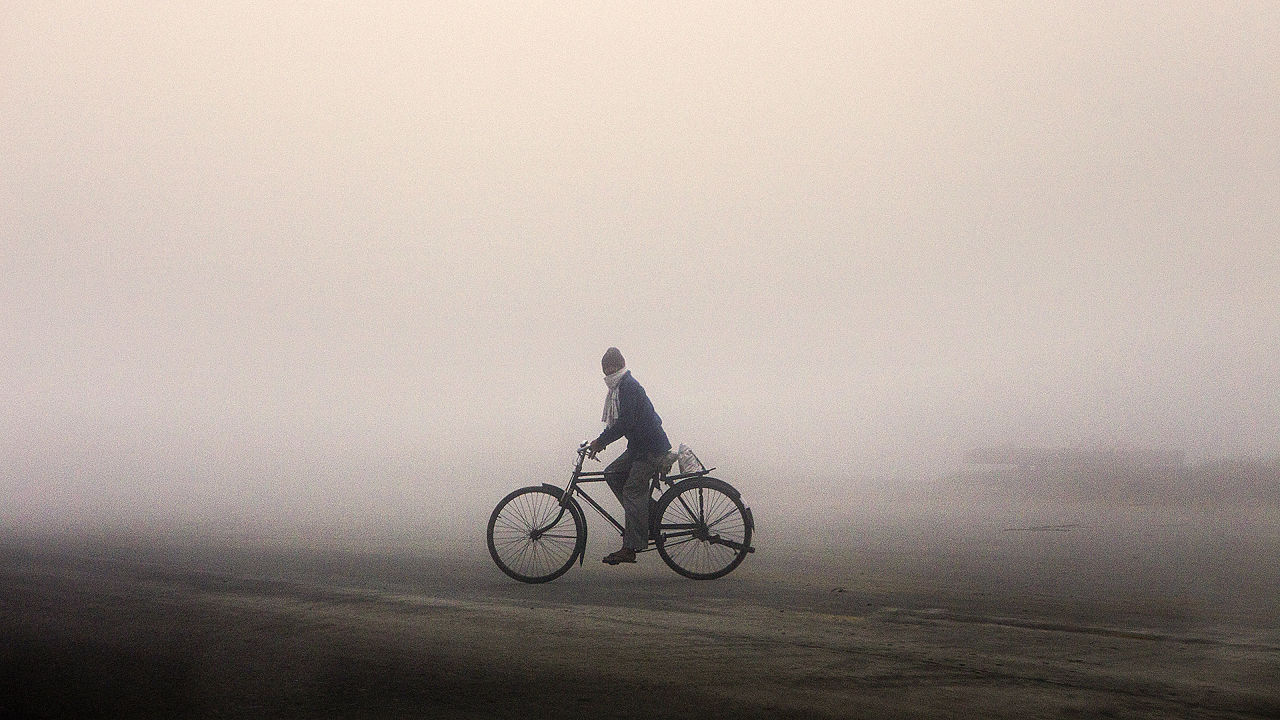 
Biking is obviously better for you than driving, because while biking you are exercising and while driving you are sitting. But wait! cry the pro-driving advocates. When you bike, you're inhaling (quite deeply, because of the exercise) air that is full of the polluting exhaust of the cars around you. Might that negate the health benefits that moving on the bike affords?
Mostly no. Even though you breathe heavier and inhale more pollution when riding a bike in the city, it’s still, on balance, better for you to ride than to drive. A new study from the University of Cambridge compared the health benefits of cycling and walking every day, with the health impact of breathing in more dirty air. It began by asking the question: When does more exercise stop being beneficial?
The answer is that the tipping point occurs at around one and a quarter hours of cycling per day. Up until that point, the benefit from the exercise you do far outweighs the harm from polluted air. After that, the adverse effects of pollution start to rise, as you heave up hills and suck down fumes. But the adverse effects are minimal: You can keep riding for up to five hours before you totally negate the benefits from all that activity. That is, even five hours worth of fumes is better for you than sitting in a car and not doing any exercise. This chart shows the figures: 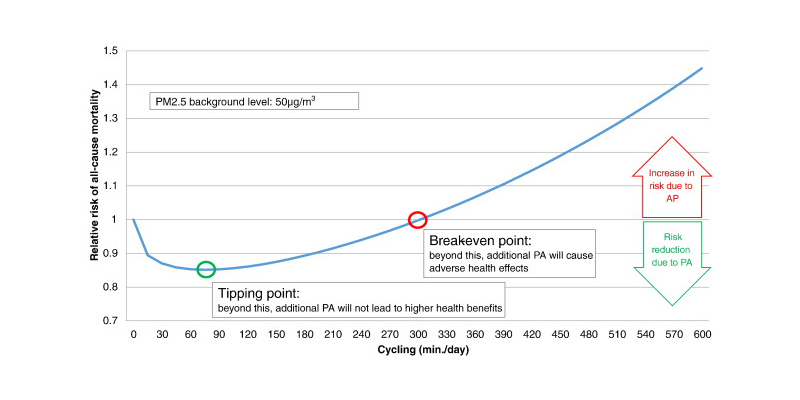 The study, led by Marko Tainio of the University of Cambridge, converted the time spent cycling or walking into "metabolically equivalent of task (MET)," a standard for measuring physical activity. Then the team used figures for particulate matter in the air of various cities based on their PM 2.5 scores. PM 2.5 is particulate matter, which remains suspended in the air—dust, smoke, soot—and can accumulate in the respiratory system.
By using these figures, they could make an estimate of the particulate matter inhaled while exercising. The result was that, even in heavily polluted cities, the benefits of exercise exceed the risks.
"This study indicates that, practically, air pollution risks will not negate the health benefits of active travel in urban areas in the vast majority of settings worldwide," writes Tainio.
Even if cities don’t care to reduce the number of cars and other motor vehicles on their roads, they can still improve things for cyclists. Separated bike lanes, for example, lead to cyclists inhaling less filth. Cyclists can help themselves, too, by avoiding the worst streets, although, as this study from Toronto shows, it’s not always the most traffic-laden routes that are the most polluted.
Tainio’s study probably won’t make a bit of difference for people who already commute by bike—we already know how good it feels to arrive at work with our metabolisms fully awake—but it may help convince drivers to switch to bikes, which will help everyone, while reducing pollution, one under-occupied car at a time.